#TáforMná. “The women of Ireland are our squad goals.” Whether you agree with the results of the vote or not, Irish women have undeniably been headline news since the May 25 referendum on the Irish constitution’s Eighth Amendment. And at the home of the Fighting Irish, one person knows this intersection of Irish culture and women’s issues particularly well. 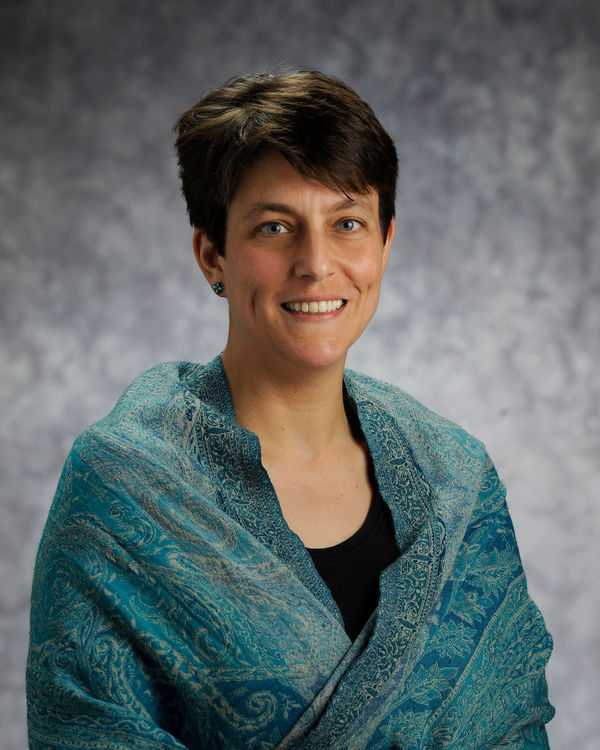 Sarah McKibben is an associate professor in the Department of Irish Language and Literature and a concurrent faculty member in the Gender Studies Program. Her examinations of gender in Irish literature have typically concerned men — contrary to popular assumption about gender studies, she points out, “gender doesn’t just mean women” — but she’s also delved into the work of Ireland’s mná. This semester, she taught the popular course “Warrior Queens to Punk Poets: Women’s Voices in Irish Literature,” which ranged from ancient texts by men inhabiting the personae of women to up-to-the-minute commentary on the referendum.

Whether you’re engaging with contemporary feminist poetry or examining the gendered language of a 600-year-old bardic poem, though, McKibben says that gender can be a valuable tool to help students crack open a difficult text.

“When students are alerted to these kinds of lenses or these topics,” she says, “they become tremendously empowered to make sense of works that seem obscure to them.”

Take the subject of McKibben’s first book: Irish poetry of the 16th to 18th century. The dense internal rhymes of these works and the particularities of the colonial history they describe may be challenging for a student to dive into. But many of the poems hinge on the theme of English imperial power as emasculating to displaced Irish lords. You don’t have to know the finer points of the Tudor conquest of Ireland to recognize a common societal trope there: Conquerors are aggressive and masculine, and the conquered are submissive and, therefore, feminine. An academic tome on half-century-old poetry may seem intimidating, but McKibben’s — Endangered Irish Masculinities in Irish Poetry, 1540-1780 — tackles the subject through an accessible, if overlooked, motif.

“Gendered rhetoric is all over the literature,” she says, “but no one had talked about it. Because if you don’t have people trained in gender studies, they’re not going to see the same things.”

Seeing from a different perspective from other scholars also animated McKibben’s latest book project — and authorities across the humanities have taken note.

Earlier this spring, the professor earned a fellowship from the American Council of Learned Societies (ACLS) for work on her forthcoming book, Tradition Transformed: Bardic Poetry and Patronage in Early Modern Ireland, c. 1560-1660. The project, which McKibben will spend the 2018-2019 school year working on full-time thanks to ACLS funding, subverts much of the commonly held thinking on Ireland’s bardic poets.

“A number of scholars,” she points out, “used to say that poets were mired in tradition, they couldn’t adapt to change; alas, they were almost modern. I once went to an entire talk at Harvard, and the conclusion of the talk was, ‘He was almost modern.’ And this is by one of the great scholars in my field! But that was the conclusion. Whereas my conclusion is, this is modernity.”

The poetry that McKibben studies is undoubtedly constrained by tradition. Bardic poets almost exclusively wrote for lords who served as their patrons, creating a chain of poets-as-hype-men that could sometimes span generations. A poet would write a new work for each milestone in his lord’s life, and when they died, that poet’s son would do the same for the son of that lord. Revolutionary beat poets they were not. But, in the 16th century, all of that began to change.

As the English conquest of Ireland began in earnest, poets faced three major issues. First, their elevated status in society and their advanced education made them easy targets for a system that insisted Irish people must either be lords submissive to a king or peasants submissive to a lord. Second, since English rule gave official, documented title to lords, noblemen no longer needed poems identifying them as powerful men. And finally, encroaching martial law threatened not just the poets themselves but their patrons — if a lord appeared unfaithful to the crown, he could be executed, leaving his attendant poet suddenly out of a job, a protector, and a home.

In the face of these challenges, poets began, in the words of Notre Dame’s late Irish department chair Breandán Ó Buachalla, to put “new wine in old bottles.” Those traditional poetic constraints suddenly became a vehicle for social commentary — a trend that McKibben plans to explore in depth in Tradition Transformed.

These subversive traditional poems, McKibben argues, form an early example of art as political weapon and help to call into question the very meaning of tradition.

Tradition holds that bardic poets were old-fashioned and incapable of change. But, as McKibben likes to ask her students, does that “pass the smell test”? Does it really sound logical to assume all bardic poets were stuck in the past?

Asking these questions of the bards can lead to important breakthroughs in the study of Irish literature. But that kind of critical thinking has applications far beyond a catalog of ancient poems. 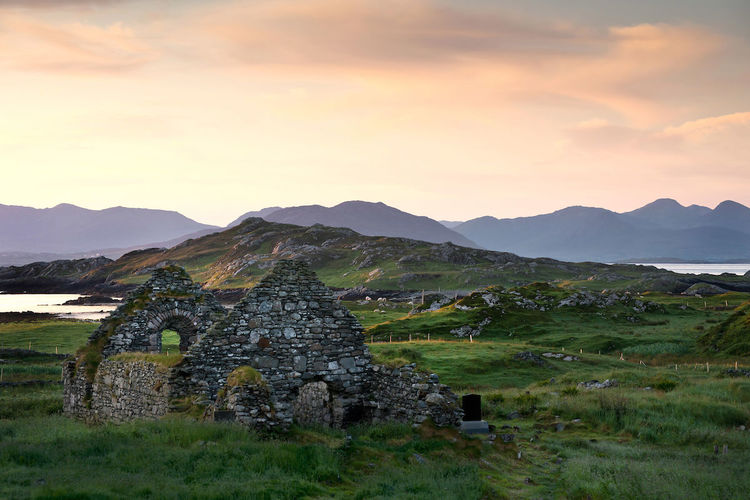 Ireland's ancient poetry reveals themes that reverberate far beyond the shores of the Emerald Isle. Photo by Matt Cashore '94

Whether the topic is the subversion of tradition or the gendered language of conquest, McKibben says, “I can teach these things with very, very obscure-seeming Irish stuff, and my students will be the better for it.”

The College of Arts and Letters’ recently adopted tagline — “study everything, do anything” — may sound like a convenient catchphrase, but in McKibben’s cross-disciplinary work, it rings undeniably true. Want to learn about the Eighth Amendment referendum? Try a class on punk poets and warrior queens. Want to study the language of conquest or the early history of political art? Spend some time with the work of a half-century-old Irish bard.

“The promise of liberal arts,” McKibben says, “is that you can study something — anything — deeply and then use that as a lever with which to move the world or with which to make sense of the world.”

Watch out, Arts and Letters — we might have just found your new slogan.