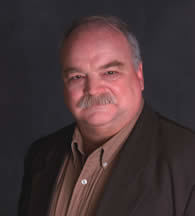 Richard Riehle ’70 has been known as many things in his career: character actor, theater standout and, more than anything, as the “jump to conclusions” guy from the movie Office Space (1999). In fact, in an interview easily accessible by the Internet, he refers to himself in exactly this way.

Maybe that’s the greatest hint about who Richard Riehle is — someone who knows who he is. Who’s always looking for a juicy part he’s never played but is comfortable with his career and where it’s taken him.

Comfort wasn’t something that always came so easy for Riehle, the oldest of six whose father died when Riehle was 13, forcing his mother back into the workforce as a nurse. For Riehle, this meant learning independence and a fierce work ethic in his town of Menomonee Falls, Wisconsin. As a teen, he clocked in 40 hours a week at the local grocery store owned by his late father’s friend, allowing him to contribute to the family finances. 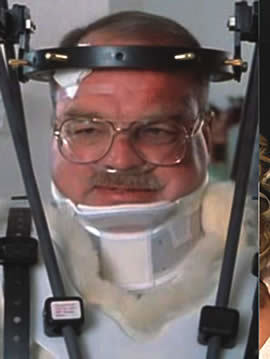 Even though he acted in high school, he thought another calling awaited. “My godfather was a priest, and my mother’s brother had been one,” he says. “In every generation, essentially, on the Irish side. . . . It just seemed to be the direction I wanted to go.”

The seminary and Riehle quickly decided together that it wasn’t best, however. “I went off to the [Saint Francis de Sales] seminary, but it became clear pretty fast that it wasn’t for me,” he says.

A good clue of the shift in his interests came when he was caught sneaking back from seeing Lawrence of Arabia without permission. “They sat me down at that point and just asked me if I really thought this was the right place for me. We both knew the answer.”

Riehle’s professional career began with roles in local theater while filling a teaching assistantship at the University of Minnesota. Fellow Notre Dame graduate Warren Bowles ’70, who was also in the Land of Ten Thousand Lakes at the time, ended up being a one-time roommate and could tell at that point Riehle was going places.

“He is one of the most well-read theater people I’ve met in my life,” says Bowles, who’s been a director for Mixed Blood Theatre. “He is and has been the classic character actor. He was playing middle-aged men when he was in his 20s. He also looked to avoid the really broad stuff. He went for the kind of subtle wink-and-a-nod comedy that took strong skills.”

Riehle regularly was cast in roles at the Meadow Brook Theatre in Rochester Hills, Michigan, or you might’ve caught him at Shakespeare festivals in Colorado or Oregon. “I was content during that time,” Riehle says. “I always seemed to find work.” He even learned not to mind if he didn’t get the lead role.

“I always wanted the role that would bring something out of me, force me to find something extra,” he says. “The lead isn’t always the best part in a play or a movie.” Riehle found acting to be a balancing act, interpreting when it was time to be over the top and when subtlety was the order of the day. Holding back, he says, is one of the toughest things he learned.

From those learning experiences came a job in Seattle in the early 1980s with a director writing a play that would ultimately reach Broadway in 1986. It would be pivotal for Riehle.

“It was called Execution of Justice, and before it went to New York it was in Washington, D.C. [The director] called me and said there was a part she thought I’d be great for. She couldn’t offer it to me but could get me an audition for the producers in New York. I went to New York, got cast [at the age of 37] and ended up staying in town for 10 years.”

As so many talents did to start — from Meg Ryan to Demi Moore — he would play the soap opera circuit, the bulk of it from 1984-89. The plots were as outlandish as you might expect. On One Life to Live a guy ends up in a coma dreaming he’s in the Old West. Riehle was the bartender there.

Riehle’s big screen break would come in the classic Civil War film Glory (1989). Playing a quartermaster who doesn’t mind denying African-American soldiers shoes, he draws the ire of the character played by Matthew Broderick, just one of many well-known actors in the cast. According to Riehle, the director, Ed Zwick, was won over because he said everyone else played the quartermaster as a villain while the Wisconsin native played him more as a bureaucrat.

“It was the most touching screenplay I’d ever read,” he says. “I didn’t have many scenes with Denzel Washington or Morgan Freeman . . . but to be a part of that cast was a highlight of my career.”

Riehle says he found it particularly interesting that some of the extras weren’t exactly strangers to the time period being shot. “We used about 400 people who had already been Civil War re-enactors — they were there almost every day,” he says. “They would be annoyed and say that’s the wrong patch or this button isn’t right. . . . They had a lot of passion.”

Riehle would then have another break, though it would be a short one. Cast as Principal Ed Rooney in the television version of Ferris Bueller’s Day Off in 1990, it gave him a chance to work with a then little-known Jennifer Aniston, someone he would see again in — you guessed it — Office Space. “Her timing was just so brilliant, and there was real humility in what she did,” he says.

Unfortunately Aniston and that cast’s talents weren’t enough to save the Ferris Bueller TV series, and Riehle found out by hearing about it instead of a phone call. “We didn’t even have a wrap party because everyone thought we’d be back after we shot our last scenes,” he says. “But things change.”

What didn’t change was Riehle’s devotion to his work. Whether playing a security guard being evasive with Tommy Lee Jones in The Fugitive (1993) or a banker getting threatened by Joe Pesci in Casino (1995), he kept busy and kept auditioning. That led to his most celebrated role as Tom Smykowski in Office Space. A character always worried about his job, Riehle had to find the balance of humor and a touch of sadness in a man who ends up in a wheelchair.

“What I remember most of all about that shoot was [director] Mike Judge said, ‘at least, we’re going to go have a blast,’” he says. “We went out everywhere while we were shooting in Austin. We had a great time.”

The low budget meant creative decision-making. “We didn’t have a regular effects person to put me into a body cast for my scene after the character’s accident, so we hired an EMT guy to put me in a real cast. I couldn’t get out of it for 8 hours — and when the EMT had to go to work he left a cast-cutter for the PA [production assistant]. That was fun.”

Although the box office numbers were anything but great, the film has become a legend thanks to the world of DVDs and Comedy Central.

It’s led to people asking him about his character’s unforgettable invention — the Jump to Conclusions mat. You see, there are squares with different conclusions and you, uh, jump to them. The character Samir sums it up beautifully when he assesses, “This is a horrible idea.”

Says Riehle: “People come up to me all the time asking about the movie, but maybe the best was one time when I was at this bar. I was going to leave but they told me to stay since Sammy Hagar was going to show up. He comes in with these beautiful women. One of them asks me for an autograph with a line about a stapler. The only problem is . . . that’s another character’s line. When I tell her this, she later asks me for the autograph again — and, again, asks me to write the stapler line.” He did.

Maybe that’s the life of a character actor: Recognized but sometimes unappreciated. Again, Riehle doesn’t seem to mind so much. “I was older when I really got started, and it did limit things,” he says. “But a character actor, you come in to make a little diversion, be the comic relief or add a little bit of intensity to what’s going on. You’re also liable to have a longer career.”

Riehle’s keeps going. His career so far has included well over 100 parts. He’d been a regular on the sitcom Grounded For Life from 2001-03 (“when that job ended, at least I received a call from someone about it,” he says with a laugh) and played summer stock. Riehle relished a moment in the latter that had him come in contact with one of the greatest playwrights of all time.

“I was doing Arthur Miller’s first play, The Man Who Had All the Luck. He came and I found it interesting when he talked about not wanting to change it. He said, ‘I wrote it in 1940, I was a totally different person, I can’t pretend to know what was in my head.’ It was something to see this man in his 80s.”

Another reason Miller wanted the words to stay the same was because he thought he’d given in too much as a younger man. “He saw it as a parable, and the others in [that 1940s] production saw it more literally,” Riehle says. “Miller was afraid to say something then since he was a . . . kid. He didn’t have that problem this time around!”

Riehle, who lives in Los Feliz, California, is also pursuing his love of traveling, one of the reasons he got into acting to begin with. “I spent a month in Sofia, Bulgaria, doing a horror film and realized from walking around that it’s really three cities in one: the first from the 1200s and 1300s, not touched with cobblestone and winding streets, the second from the USSR . . . the third is the one with creeping capitalism.”

You can also count on Riehle to be found with a book in his pocket. “I like that I can stand in line somewhere with something to read and be instantly entertained.”

Riehle views taking on roles in independent movies as yet another hobby — not so focused on paying the bills as stretching out his abilities. A few years ago he did Ken Park with Larry Clark of Kids fame. It probably will never go into wide release, but Riehle relished the experience, nonetheless.

“I love the freedom these types of projects allow,” he says. “You can sometimes just start shooting right away and have the chance to experiment. . . . As I get older, the roles may not be there as much on high-profile projects, but I’m always going to look for ways I can work and maybe even be a part of ways to change the business. When I work, I feel great. That doesn’t ever have to stop.”

Eric Butterman has previously profiled Regis Philbin and Anne Heaton for this publication. Contact him at ericbutterman@yahoo.com.