More than 60 percent of Americans say higher education is going in the wrong direction, according to a Pew Research Center survey. Why they believe that tends to split along partisan lines.

The area of strongest bipartisan agreement is that college costs too much, with 84 percent of adults saying tuition is too high. Most people across the political spectrum also believe college does not provide adequate career preparation. 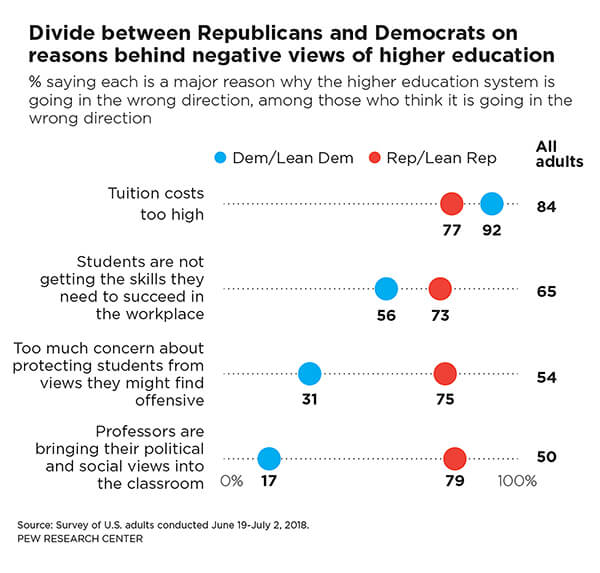 Two other categories in Pew’s survey reveal the partisan divide: those who lean right are much likelier to have the impression that schools protect students from views that might offend them and that professors bring political and social bias to the classroom.