“So, you’re Catholic, but you’re married to a Lutheran pastor. How does that work?”

I’ve lost track of how many times I’ve been asked this question in my seven years of marriage. Depending upon the inquirer, I have a few canned answers that easily roll off the tongue, but the simplest and most genuine is this: “By the grace of God!” 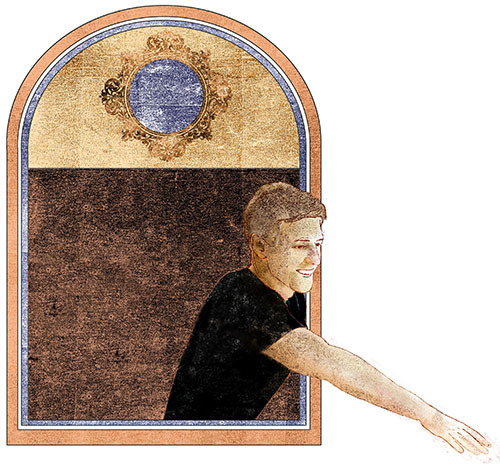 When I boarded a plane bound for Notre Dame 13 years ago, I could never have imagined that the journey would eventually lead me to the front row of a Lutheran church, listening to my husband preach a sermon while trying to stop our two young daughters from darting up the altar and interrupting him. My freshman year self would have laughed at the notion.

I was the stereotypical Notre Dame student: optimistic, overcommitted and decidedly Catholic. I certainly hadn’t enrolled in Notre Dame in pursuit of the antiquated “MRS” degree, but tucked away in the back of my brain was the statistic, repeatedly emphasized during Frosh-O (and, in retrospect, probably made up), that 63 percent of Notre Dame graduates end up marrying a fellow Domer. I was pleased to be on campus with so many “nice Catholic boys” (the only sort of boy in whom I had any real interest).

“Alas,” I often joke with friends, “I went to one of the most Catholic universities in the world and fell in love with the one Lutheran on campus!” 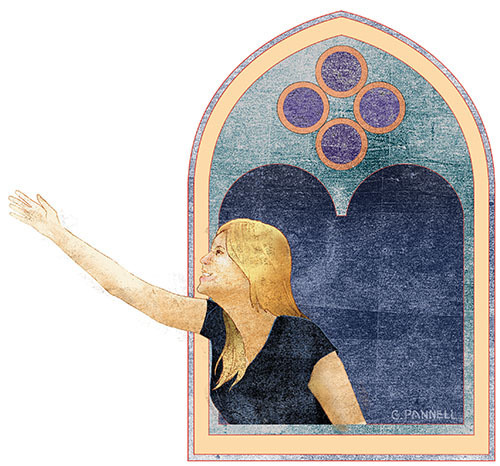 Eric was not, I’m sure, the only Lutheran at Notre Dame, but he was part of a minority (less than 20 percent) of students who were not Catholic. We met early in my freshman year, and I remember being startled by his revelation that not only was he not Catholic but he was studying theology with the intention of becoming a pastor. Later, I would tell a friend, “Yeah, there’s definitely a spark there, but he’s Lutheran. So, you know…”

I didn’t even need to finish my sentence. Among qualities I was seeking in a potential mate, Catholic ranked just below living male, so I assumed our spark would never ignite.

Of course, the Holy Spirit has a long history of overcoming obstacles far greater than the plucky assumptions of youth.

For three years, Eric and I maintained a close friendship, during which his passion for his faith inspired me to not only learn more about my own but to major in theology as well. Eventually we admitted that the depth of our bond made it rather absurd to continue considering ourselves “just friends.” The year after I graduated, we were married.

At the time of our wedding, Eric was still in seminary, and I felt extremely anxious about my future as a pastor’s wife. “I don’t play the organ, I don’t bake pies AND I’M NOT EVEN LUTHERAN!” I fretted to my family. As a Cradle Catholic, my only references for the role of the pastor’s wife came from grim historical fiction novels and the television show 7th Heaven. I was far from reassured.

It was an excellent opportunity to put my Catholic upbringing to use and have faith.

I do have faith, not only in the truly catholic — that is, universal — nature of the Church but also in the power of love to overcome division. Before his death, Jesus prayed specifically and passionately for Christian unity: I ask not only on behalf of these [disciples], but also on behalf of those who will believe in me through their word, that they may all be one (1 John 17:20). I used to think Jesus’ words meant Catholics and Protestants need to somehow “fix” the schisms brought about by the Reformation . . . and perhaps that’s ultimately true.

Now, though, I think on a much smaller scale.

When Eric and a Catholic priest together baptize our daughter, when he and my mom discuss the slight differences in our liturgical calendars and when I teach a class about Pope Francis at Eric’s Lutheran church, I believe these things are in service of that which Christ implores — that his followers be as one.

Our marriage, we hope, can be a beacon of joyful ecumenism amid the religious insularity and antagonism to which people of all faith traditions are inclined. We want to show people (and not just preach at them) that loving another church does not have to come at the expense of loving your own.

Occasionally I’ve been asked why, since I clearly love and respect the Lutheran tradition so much, I haven’t considered joining my husband’s church. It would, after all, ease the logistics of my Sunday morning worship schedule. And while I admit that there are aspects of Catholicism with which I struggle deeply, there has never been any doubt in my mind that I must struggle from within the Church, not without. I could no more stop being Catholic than I could stop being my mother’s daughter. My Catholic faith is intrinsic to who I am; it’s in my bones. And my husband loves me more because of that.

Whenever Eric and I discuss our differences in theology and tradition, our goal is never to “convert” the other but rather to “journey with” one another in our relationship with Christ. As it turns out, our churches agree with this approach. Over the past few decades, Catholic and Lutheran leaders have engaged in an ongoing dialogue to identify common ground between the two churches. The most significant text to emerge from this dialogue is the Joint Declaration on the Doctrine of Justification, published in 1999. The JDDJ (as we ecumenism nerds refer to it) clarified many of the key theological issues that drove Martin Luther to post his 95 theses on a church door nearly 500 years ago; in doing so, it represented the most substantial step toward healing and restoration between the churches since the Reformation.

Eric and I love the JDDJ. As a matter of fact, we even went to a seminary Halloween party together dressed as the JDDJ. (Like I said, we’re nerds.)

Last year, the Catholic and Lutheran churches published their most recent ecumenical document: Declaration on the Way: Church, Ministry and Eucharist. This title resonates with Eric and me. By exchanging marriage vows, we feel we made our own kind of declaration on the way: We declared (to a sometimes-incredulous world) that we are going to walk together on the way toward authentic ecumenism, deeper discipleship and — above all — greater love.

And it’s been a beautiful journey thus far.

People sometimes have a follow-up question to the one about how our marriage works: Deep down, do I wish Eric were Catholic? It’s a question I’ve considered extensively, and the answer is an emphatic no. Would our lives be easier if we came from the same faith tradition? Probably. But would they be better? Not a chance.

As I wrangle our daughters and futilely try to cajole them into reverent silence during Eric’s sermon, I can’t help but concur with Pope Francis, who deemed our God to be “the God of surprises.” Though I never wanted to be the preacher’s wife, somehow I’m exactly where I want to be.

Nicole Steele Wooldridge is married to Eric Wooldridge ’05, the associate pastor of Messiah Lutheran Church in Auburn, Washington. She works part time at a local college coordinating international student activities and most time at home chasing her 2- and 4-year-old daughters.