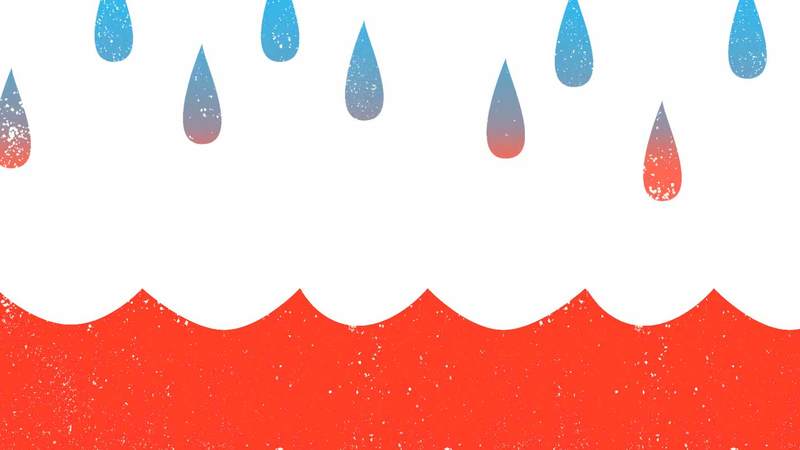 Thirty thousand feet above the North Atlantic, somewhere between Greenland and Newfoundland, strapped in the darkened cabin among the silent, the dozing, the dazed — they come for me.

It starts with an awareness of my own skin, dark and still slightly burnt from the equatorial sun. It spreads to the dozens of mosquito and sand flea bites as they flare up into a wave of insistent itching for the millionth time. It goes to the rhythms down in the resonant, cavernous reaches of my body, assuming a certain signature, barely discernible, in the drum of the blood against capillary walls, the tidal rushes of air into and out of my lungs.

I carry them with me now, declarations to the contrary, past the checkpoints where the fruits and artifacts were left, immune to the insecticidal fog the flight attendants let loose once the doors were sealed before lifting off from the Nairobi airport, immune to all the efforts to ensure that Africa stayed in Africa. They’re here anyway, breeding God knows what in the shallow pools of my mind.

The story starts four months ago, at home in Berkeley with my novelist girlfriend, Elizabeth Rosner. Liz had recently been offered a month as artist-in-residence by the Akili foundation, which sponsors artists for extended retreats in Lamu, Kenya. She was anxious to go, but I was concerned for her safety.

Kenya had been in the news lately, and the news had not been good. Massive and deadly riots were occurring in the aftermath of a controversial election, although the riots were mostly in Nairobi, the capital, and Lamu was far away and isolated on the Indian Ocean. But that raised another concern. Somalia was only a hundred miles or so north along the coast from Lamu, and recently there had been stories in the news about government troops there forcing the Al Qaeda-affiliated rebels farther south. The rebels were running out of room and options, and it seemed to me that it was only a matter of time before the terrorists cast their eyes south across the border with Kenya where rich, famous and isolated Westerners would be ripe for the picking.

Liz, however, was not about to let my concerns for her safety stand in the way of a major perk like this retreat. After hours of negotiations and a few international phone calls, I was thrown in as bodyguard and consort to the artist-in-residence, an unofficial title that nonetheless provided for my room and board, and we were off to Africa.

During our time in Kenya, I’d been the steady blogger, writing about the colorful people, the exotic setting, the cipher-like architecture. Because it was different and interesting. Because I knew some readers would find it entertaining. Because that’s where I went, what I did and who I met.

But there were other things I couldn’t write about — not then. Things I wasn’t ready to take on — bigger, more subtle and elusive than the experiential claptrap of the trip. I could feel them out there, just out of sight but all around, stalking me amid the swarm of thorns waiting in the bush and
the dive-bombing bats, lurking in the bright green algae-colored pool water by day and the high-pitched buzz of the malaria-coated mosquitoes at night. There, too, in the morning’s headlines: “Hundreds killed in the Rift Valley”; “Scores burned alive while seeking refuge in Nairobi church”; and in the jog of my memory as I tried to set my geographic bearings: Darfur, Rwanda, Burundi, Sudan, Somalia. Surrounded by genocidal madness, tribe-on-tribe mayhem as friends and neighbors go mad and cut each other’s heads off.

It made me want to close the shutters, turn on the lights and whistle an encouraging tune to myself, and to you.

But here now, alone in the dark, worn down with travel, Africa receding around the curve of the globe — my time has come. The spirits of what I’ll never leave behind have come to claim me. Whispering in Swahili with sharpened machetes, bleating from the asylum, slithering through the sand and the grass, brushing against me in deep water, gusting hard against the flimsy doors. Africa has seeped into my psyche, the way the heat penetrated my bones, stripping away the insulation of a lifetime’s pleasantries, exposing the abyss.

Ali, the Somali refugee whose job was to prepare our meals and generally make sure we were well cared for, was one of the sweetest human beings I’ve ever met, the epitome of patience and good will. Ishmael, Ali’s brother and right-hand man, was even sweeter. He would blush when speaking with us in his oh-so-soft Swahili tones, telling us of his family life. George, who worked on the grounds surrounding the retreat house, would light up like the sun whenever he saw us, his happiness exploding from his miraculous smile. Nearly every African we met in Lamu was exemplary for their cordiality, their shy composure, their good nature. Even Zero, the African dog, became our friend.

It was easy to feel comfortable and at home with them, to think that we knew them. Then one of them told us what it was like to have a neighbor you’ve exchanged greetings with your whole life, and who is as good a person as any other, look at you one day as if you weren’t human and come at you with a machete and a lust for your blood.

I realized on my last day there that I had been substituting my own familiar approximations for the actual reality I was experiencing in Kenya. The nice person, the good dog, the beautiful landscape, standing in for Ali, Zero and Lamu. On that last day I sensed all that I would never understand about any of them, all that couldn’t be counted on, everything that didn’t translate. The unfathomable strangeness of Africa. It stood like a mirror in the night, reflecting back the unfathomable strangeness of my own soul, causing me to shiver in fear at the prospect of what I was.

Yet here we stand on the thin ice of civilization dismissing all that dark water beneath our feet as if it didn’t exist, as if we weren’t carrying the instincts of our animal ancestry into the future in every cell of our bodies. We are the beings who came down out of the trees with rudimentary tools in our hands, fanning out from Africa to populate a world and threaten it with extinction. We’re monkeys in suits, pushing buttons, telling ourselves stories that we take to be real, inventing new weapons with which to club and hack at each other, smug in the moral delusions of culture.

We’re clever little creatures, but not clever enough to do much more with that intelligence than leverage the effects of our bad habits through technology. What they still do with clubs and knives in Africa, we in the civilized world have learned to do with gas chambers, nuclear bombs and spreadsheets, imagining wrongs that will allow us to use our cherished instruments to right.

It took Africa to make clear to me what should have been obvious, and therein lies its allure. To feel reality as a fabric woven from equal strands of danger and safety, suffering and comfort, life and death, is to live among the truth, to walk as an animal through a natural world, a part of it rather than apart from it. To know that we are up against something, both out there and within ourselves, bigger than what we have to wrap around it, is to have no alternative but to sit with mystery and watch as the world fills again with wonder.

I wasn’t always comfortable in Africa. I didn’t always feel safe. But the naturalness there was its own reward, and that naturalness helped me to feel at home. Returning to the so-called civilized world, first Heathrow then San Francisco, I was struck by the overwhelming artifice of the environment we have made for ourselves in the name of security and comfort, and I watched as my spirit struggled under the weight of it.

Could it be that the greatest threat to our species is happening all around us in broad daylight, so pervasive that it disappears while in plain sight? Are we the willing, if somewhat less than conscious, accomplices in our own demise? The answer is lapping at the shores of Lamu.

Art Busse’s interdisciplinary studies in social theory at Princeton and Stanford led to an interdisciplinary life. He is both an award-winning writer and an architectural designer. His work has appeared in Sunset, Metropolitan Home, Interior Design, Architecture, San Francisco Chronicle, Yogi Times, Lonely Planet Tales from Nowhere, The Humanist and Writer’s Digest. He lives in the San Francisco Bay Area.