A few years ago I gave notice on the L.A. apartment where I’d lived since 1992, disposed of or gave away most of my belongings, packed up my ’96 Celica convertible and took off for an open-ended sabbatical.

It was a big move — I didn’t know whether or not I’d return — and before I left, my friend Ellen volunteered to let me use her address and to forward my mail.

Ellen, who was raised Polish Catholic in Detroit and has long since “moved on,” is in many ways a far better person than I: honest, generous, decent and fair. She doesn’t gossip and she rarely badmouths, but there are a couple of groups for whom she can barely hide her contempt: bum politicians and the Church.

“They won’t let ’em use condoms in Africa!” she’d railed on our last hike. “They hate gay people!”

“The Church doesn’t hate gay people,” I replied weakly. “The Church isn’t hoping people die of AIDS. It’s acknowledging the power of sex, trying to get across that we miss out on the gift if…”

“They say sex between gay people is a sin. That’s not hate? You cannot tell me that the Catholic Church doesn’t hate gay people!”

Now, three months later, I’d committed to 30 days of silence at a retreat house thousands of miles from Los Angeles, wondering why I’d come. I’d already ordered my life to writing. But I was here to discern: Was that enough? Was there something more that I could/should be doing? Was I called to a deeper surrender — the what, how and why of which I didn’t and might not ever know?

The first time I met with my spiritual director, a man who’d lived in silence for decades, he sat and looked at me, and then he asked, “So what did you come to the desert to see?”

I said: “Well, it’s been a long journey, geographically and emotionally and spiritually…”

And then I bit back tears and proceeded to tell him my life story: the lonely childhood, the 20 years of hard drinking, the bad marriage, the conversion to Catholicism, the finding my way to writing, the death of my father, the breast cancer, the divorce, the excruciating unrequited love, my recent impulse to pare down, my driving desire to get close to Christ.

To which he said nothing. I don’t mean he kept a friendly, respectful silence. I mean he barely moved a facial muscle. I mean he hardly blinked. Finally he said: “Well the main thing is you want to pray a good three or four hours a day.” 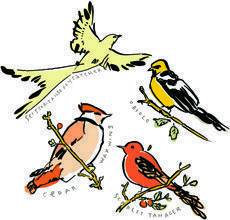 I’d just come out of three months of relative solitude (my first stop had been a writer’s residency in Taos, New Mexico). And though I’d been looking forward to this retreat for almost a year, I soon found I had no intention of praying, and probably no ability to pray, for any such length of time each day. Still, I did the best I could. I woke and sat in silence for an hour or two: praying the Divine Office, listening. I read. I took notes on what I read. I napped. I wrote. I sat for an hour or two more, looking at the birds. I took long walks.

Though I was happy to be there, and grateful, I had many objections. Oh, many reforms I wanted to make. The first thing that made me crazy was the food: fake bread, fake cheese, fake salad dressing. How could people of prayer eat such bad food? I’m as into austerity — maybe more into austerity — as the next person, but would ordering in some fresh, crusty bread, or a decent hunk of cheddar, or some sharp-tasting greens have killed anyone?

The second thing that made me crazy was the Mass. Why did the cross in the chapel where daily Mass was celebrated not have a body on it? Why did we not genuflect upon entering the sanctuary, observe the Sign of Peace or kneel? Why had the Penitential Rite, the Intercessary Prayers, the Responsorial Psalm — the Psalms!!! — been excised? Where was the blood, the anxiety, the majesty? The Mass had been sanitized and euthanized. The Mass had been emasculated.

Meanwhile Ellen would forward my mail. Ellen would send batches of homemade chocolate espresso bars, neatly packaged and labeled. One day I received a small, clearly old hole-punch notebook, bound in black plastic. Stuck to the inside front cover was a turquoise Post-It on which she’d written:

Heath dear—
My 88-year-old aunt, Sr. Emelita, often gives me stashes of old notepads and pens. (Usually, the pens don’t work.) She gives me old chocolate, too . . . all the gifts that people bring nuns. So, I take the notepads and use them. This little notebook spoke to me because I like the little-lined paper. When I got home and looked more closely, I saw she had notes from a retreat almost 20 years ago and it seems fitting to send it to you. Use it. Give it away. Throw it away. Whatever. Love you. Miss you.
Elbow

The first page was headed “Retreat — 1992.” I began reading, transfixed by the fact that, 18 years before, Sister Emelita had been grappling with the same things I was grappling with now; that an 88-year-old nun and a 57-year-old former drunk, ex-lawyer, divorcee, wanderer-seeker-pilgrim could meet in Christ; that in spite of Ellen’s and my seemingly divergent views, she had understood that I might find value in this relic.

Three lines, from separate pages, jumped out and instantly assembled themselves into a kind of mantra:

Look for the good in people.
Aging is part of Calvary.
Mary couldn’t see the road ahead.

I liked having the notebook nearby. Every time I looked at it, I thought of Sister Emelita and the mantra. I used the blank pages to keep track of the birds I saw from my porch and on my walks. Scarlet tanager. Cedar waxwing. Oriole. Hawks, vultures, owls.

I kept hoping that my spiritual director would be more forthcoming, but as the days rolled by there was nothing from his end at all. I sincerely tried to be open and honest: nothing. I told him my heart was burning within me, like the disciples on the road to Emmaus: nothing. I copped to my pettiness, my irritation, even my concerns about the Mass: nothing. My “desert” had shaped up to be of a completely different kind than I’d expected. I’d gotten rid of half my belongings, and I wasn’t going to get even a drop of water. I’d come hoping for a moment of peace, and I’d been in more or less continual suffering, with no peace, since I arrived. I kept thinking of that passage from the Gospels: “An evil and adulterous generation seeks after a sign, and no sign will be given to it except the sign of Jonah” ( Matthew 12:39).

The day before I left, I went, one last time, to talk to my spiritual director. There he sat in a long-sleeved plaid shirt, a spidery, hunched-over figure drinking water from a white plastic cup. Six days a week noon Mass; Sundays at 9. His was a life the usefulness of which I had always felt I would stake my life on. But what if he had wasted it? What if I were wasting mine?

I thanked him. I said how much I had gotten out of my time there, which was true. I had learned that I was not a hermit. I had learned that I had no “special” vocation to solitude or prayer. In the oppressive heat, in the gone-wrong silence, in the perceived lack of fellow feeling, I had seen that my place was among people: trudging to Mass; communing with my fellow sober alcoholic/addicts, shoring up my dear, loyal friends — chief among them Ellen — just as they shored up me.

I saw that I had come out to the desert hoping to get closer to God, and God had pried my fingers off of him. I had come out, at least in part, hoping to avoid the tension of writing — the sticky arena of self-promotion, the inglorious world of publishing, a culture that values writing, if at all, as a means to become a celebrity, not as a vocation — and the message I’d “heard” was: That tension is your life.

I packed up my notebooks and icons and bird guides and left the next day. I saw a pair of white-tailed deer on the way out, and the pond with the pale pink lily pads, and a golden-fronted flicker.

“We shed tears because we were given a glimpse of the way life was created to be and is not,” wrote Frederick Buechner in The Longing for Home.

I pulled out onto the highway.

Look for the good in people.
Aging is part of Calvary.
Mary couldn’t see the road ahead.