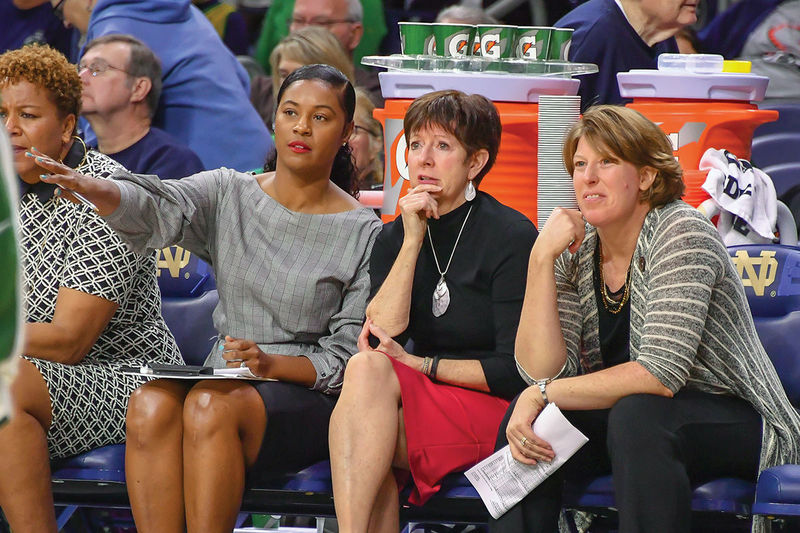 Niele Ivey ’00 has spent almost half her life at Notre Dame. The former Fighting Irish point guard, 41, has devoted a combined 17 years to the University — five as a student and women’s basketball player, and the past 12 as an assistant coach, contributing to each of the program’s two national championships and nine Final Four appearances.

Now she’s blazing a new trail, becoming the first female assistant coach for the NBA’s Memphis Grizzlies and just the ninth woman to coach in the league.

“It’s an opportunity for me to spread my wings in a different setting,” Ivey told the Memphis Commercial Appeal.

New Grizzlies head coach Taylor Jenkins built a staff of six assistants with diverse experience but proven track records in player development. Ivey has distinguished herself in that regard through her work with Notre Dame stars like Arike Ogunbowale ’19, Skylar Diggins-Smith ’13 and other college All-Americans and future WNBA players. One of the players Ivey helped develop, two-time captain Michaela Mabrey ’16, was hired in August to replace her former coach.

Announcing her departure, Ivey praised McGraw as “so much more than just a coach, mentor and boss.” McGraw, in turn, expressed pride in her protégé — and hope that someday she would return to the place where she has spent so many years.

“It really speaks to Niele’s expertise that, out of all the coaches in the country, she was chosen for this position,” McGraw said. “The NBA is setting an excellent precedent of hiring and promoting women. This is going to be a great learning experience for Niele and hopefully one day she can take all that she’s learned and bring it back to our program.”