When John Dowd ’83 graduated from Notre Dame’s School of Architecture, he decided to hit the beach for the summer. Located on the outermost tip of Cape Cod, Provincetown was calling him while a position at an architectural firm waited.

“I got a job working as a houseboy at a B&B,” says Dowd. In exchange for free rent, Dowd took reservations, cleaned rooms, cared for the yard and did whatever needed to be done to keep the inn humming. 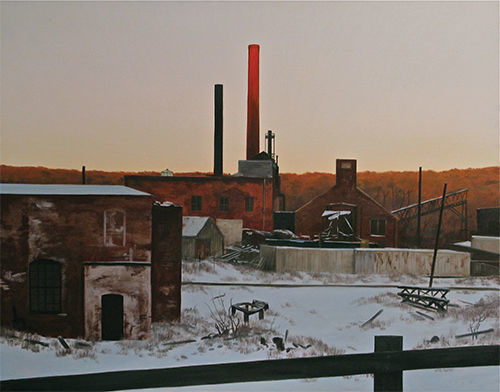 That post-college summer got interesting when one night a local couple wandered into what Dowd calls a “glorified craft shop.” Dowd, who had started painting with oils as a teenager, had given the shop owner a few pieces of art to sell. The work made a big impression on the couple, Anton and Joan Schiffenhaus. Determined to meet the artist, they tracked down Dowd that same night at the antique shop where he worked in his spare time. They made a deal with him to buy two paintings, Holyoke Station and Riviera on the Connecticut, which depict scenes from Dowd’s native western Massachusetts.

Art and culture enthusiasts who turned out to be the inheritors of the painter Edward Hopper’s Truro estate on Cape Cod, the Schiffenhauses kept in touch with Dowd throughout that summer. Upon hearing of Dowd’s career plans during lunch one day, they encouraged him to put off architecture and devote that fall and winter exclusively to painting. They wanted to give him the support he would need to try out art and offered to pay for his studio time. If Dowd was productive, they’d introduce him to a gallery owner who could show his work, and they would host an opening-night showing party for him at their home in Provincetown.

Dowd went for it. He produced about a dozen paintings during those six months and had sold almost all of them by the end of that year.

The artist says he met the Schiffenhauses at the right time. “As you get older, you get more conservative. I was open to it. I wasn’t looking forward to being an architect.” While it wasn’t easy to ignore comments from those who said he would never make it as a painter or who questioned how he could abandon a defined career path, Dowd says he believed he could always fall back on architecture. “I would still have that knowledge.” 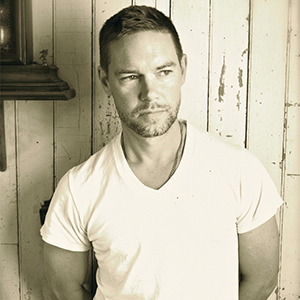 In the 30 years since that time, painting has been the only profession the 53-year-old Dowd has ever known. Today, his studio is located on the second floor of his Provincetown home, an 1820 cottage and his other labor of love. Dowd bought the house in 1993 and has transformed it into a period piece from the outside in, picking up antiques and various vintage pieces from flea markets, shops and estate sales throughout the Northeast.

A realist painter, Dowd creates anywhere between 30 to 50 pieces of art per year from his studio. To be able to produce at this rate is significant, notes Kate Ryan, assistant director of the William Scott Gallery in Provincetown, where Dowd is the headlining artist. “He is very hard-working. The kind of success that he has had is rare,” she says.

In a town of roughly 50 galleries, Dowd has built a tremendous following. Each year he gains a new audience while sustaining the interest of long-time collectors. “His openings are jam-packed, with people spilling out into the street. And 80 percent of his paintings have usually been sold before the show even opens,” Anton Schiffenhaus says.

He’s become known as the “poet painter of Provincetown” because of the emotions his paintings evoke. “His work moves people,” says Ryan. “He has a truly great sense of observation and a delicate way of painting where he gets all the subtleties.”

Dowd’s images of Provincetown are nostalgic and picturesque, pared down and classic. Each work of art is rigorously composed. The underlying precision of structural details allows his architectural credentials to shine. Structures almost always figure into his paintings, whether they are cottages, barns, industrial buildings or lighthouses. But people never do.

His subject matter is ultimately the light and its reflection upon the landscape, which Dowd captures in every season and at every time of night and day. “The light is always changing and never repetitive. It hits a building and suddenly that structure becomes interesting in an entirely different way,” he says.

As an artist Dowd has stretched himself well beyond Provincetown. “He keeps evolving,” says Ryan. In fact, Industrial Twilight, his depiction of a desolate mill town, earned him the Benjamin Altman Award (Grand Prize for Landscape) at the National Academy of Design in 1992. This piece and others such as a winter scene at the edge of Boston’s Big Dig construction project reveal how Dowd can take on even the grittiest of subjects and make them look tender and full of beauty, all because of the way he has interpreted the light there. “I can get sentimentally attached to almost any place I’ve been,” Dowd says.

More recently, Dowd has found new subject matter in Florida. He was the first artist signed by the Williams McCall Gallery in Miami when it opened in 2012. Owner Gail Williams recalls meeting Dowd in Provincetown and being impressed by his success and marketability. “John can transcend any market,” says Williams. “People who know art and know quality have an eye for his paintings.” Dowd’s images of Florida homes have made a strong emotional connection with patrons of her gallery, Williams adds. “Five to 10 different people will see a painting of his and think it’s their home.”

One vestige of Dowd’s architectural study still looms large for him today: his year in Rome. “In Rome, I was awakened to the Italian sensibility of having daily experiences be communal. I saw people hanging out almost never by themselves, and I thought that was a beautiful thing.” To Dowd, this contrasted with the American model of the rugged individual operating in a goal-oriented society.

Rome is a well for Dowd, who travels there annually. He’s found many ways to bring the spirit of the Italian capital back with him, starting with his home. “It’s a communal place. People can stay here for free, for years on end if they need to, if they are in financial trouble, have health problems or are just in a bad situation,” Dowd says. “When you have a house, you have a responsibility to open it up to others.”

Dowd, who serves as chair of the Historic District Commission for the Town of Provincetown, adds, “I try to surround myself with people and give back to the community. It’s something my parents instilled in me, and it’s a very Notre Dame thing, too.”

Meghan Henshon lives in Longmeadow, Massachusetts, with her husband and three children. She is a consumer strategy consultant.