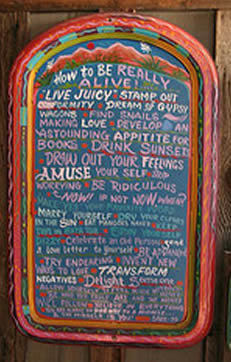 One of the answers to an eternal question I stumbled across in the course of my undergraduate experience at Notre Dame goes like this: with age we get more timid and conservative because we suffer from hardening of the categories. As our categories become more defined and confining, new things become more threatening and unsettling, sometimes to the extent that we can’t really see at all this totally new thing that is right in front of us demanding our attention.

Now, 50 years later, I’m reading Brain and Culture by Bruce E. Wexler, a 2008 book that encourages me to think I’ve been right all these years. Wexler’s aim is to synthesize recent findings by means of “links” he finds “among several of the major bodies of new knowledge about human neurological and psychological function.” And one of his major findings is that, because of “decrease in brain plasticity after childhood,” in adulthood our “established perceptual, attitudinal, and cognitive structures resist change.”

Here’s my recap of the process: they’re called our formative years because our blank-slate brains are originally unstructured. Repeated encounters with our environments, human and nonhuman alike, gradually build up structures in our brains until inside us we carry around a model of the world we live in, a rule book on how to get along in that world, a sense of self and some scenarios of how we’d like our future lives to go. I’ve gone a bit beyond Wexler here at the end.

But Wexler posits that along about puberty we begin to want to meddle with our environments so that they more closely resemble the model in our brain. And this tendency strengthens as our lives go on. This is the course of that malady I’ve called hardening of the categories.

According to the researchers, we pretty much spend the rest of our lives after puberty avoiding, denying and explaining away any news from the environment that challenges our mental model. It’s like Freud’s version of original sin, neurosis — we’ll do just about anything to preserve and protect it. And of course, the pace of change being what it is, the longer we go on the more new information the world throws at us, and the more timid, threatened and conservative we become.

All of which suggests to me that we have to look to the young people for important discoveries, like maybe the planet Uranus, the evolutionary process, the earth’s tectonic plates, quarks, DNA, circuits-on-a-chip, celestial navigation and how our brains work. It seems unlikely that old people will make many such discoveries. We’re so tuned out to the new, we don’t want to see it, we can’t see it.

And it looks like maybe the struggle between the old and the young will go on perpetually because we live in totally different worlds.

One new thing bothers me, though. Why are we so proud to say that people are living longer these days? That life expectancy is way up over a century ago? That we’re so much better off on that account? If additional years only result in more shutting down, more fearfulness, more retreat from the world, in what way can we say we’re better off?

There has to be a way of resisting the tendency of this bias, this warp, this twistedness that is us. The very earth is crying out to us, thundering at us, pounding on our doors, and we don’t hear it.

Obviously some of the people who make major discoveries are old; even as old as it is possible for humans to get. These people should be on the talk shows. These people should be interviewed, and the interviewer should ask them not about their secret to living long, but about their secret to staying alive and alert to the new. It’s a crucial question of spirit. And it’s about our ultimate survival.

In the famous finale to his poem “Ulysses,” Tennyson espoused the ideal that as years go on we should never turn away from our urge to explore. Every day, his Ulysses believes, we should be out there seeking the new, striding boldly into the dark and unknown, sailing on over that far horizon, going to the other side of the mountain and seeing for ourselves what lies beyond that distant star.

My purpose holds
To sail beyond the sunset, and the baths
Of all the western stars, until I die.
It may be that the gulfs will wash us down:
It may be we shall touch the Happy Isles,
And see the great Achilles, whom we knew.
Though much is taken, much abides; and though
We are not now that strength which in old days
Moved earth and heaven; that which we are, we are;
One equal temper of heroic hearts,
Made weak by time and fate, but strong in will
To strive, to seek, to find, and not to yield.

It looks like he just never grew up. What was his secret, do you suppose?

Lyn Relph, a professor emeritus of English, lives on the Trinity River in far northern California. Check him out on Facebook.