Ashley Nashleanas ’10 always liked science and math, but problems arose as she advanced into high school. Blind since birth, Nashleanas would read the words and numbers in a Braille textbook, then turn to where a chart or graph should be and find the space blank. 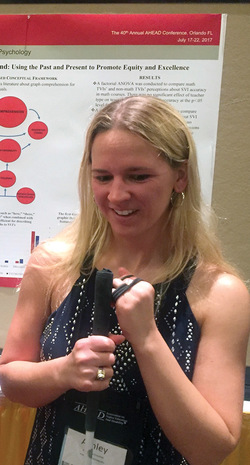 Visual information, so central to the chemistry that she went on to study at Notre Dame and for her master’s degree at Iowa State, so important to understanding any STEM field, would just be omitted. This was a problem more than a decade ago, when Nashleanas was attending the public schools in her hometown of Hinton, Iowa, and it persists today.

With the Ph.D. in educational psychology that she received in May from Iowa State, Nashleanas hopes to reduce the barriers to math and science for students with vision problems.

Under the circumstances, her experiences as a student were positive. Determined parents and supportive teachers in her close-knit community — and a personal inclination to find a way to access the missing information — generated the help she needed. Nashleanas and those around her improvised. Others would recreate graphics using flexible, waxed-yarn Wikki Stix, or by pressing hard with a pen to groove raised lines on paper that she could touch. Play-Doh became the medium for three-dimensional images. She made do.

“I also realized,” Nashleanas says, “that not everybody had the same types of experiences that I did.”

Assistance like she received is not always available. And learning visual information in the first place requires more than simply rendering flat images in a tactile way.

Those methods have their benefits, but they require a sighted person to create them, limiting the independence of the visually impaired. Verbal descriptions of graphics also serve a valuable purpose, but tend to benefit people who already have a basic understanding of visual concepts.

“It doesn’t do justice for people who are just starting out learning graphical information,” Nashleanas says.

Curiosity about the ways that students with visual impairments grasp those concepts — as a first step toward developing more effective methods to serve them — led Nashleanas from chemistry to educational psychology. 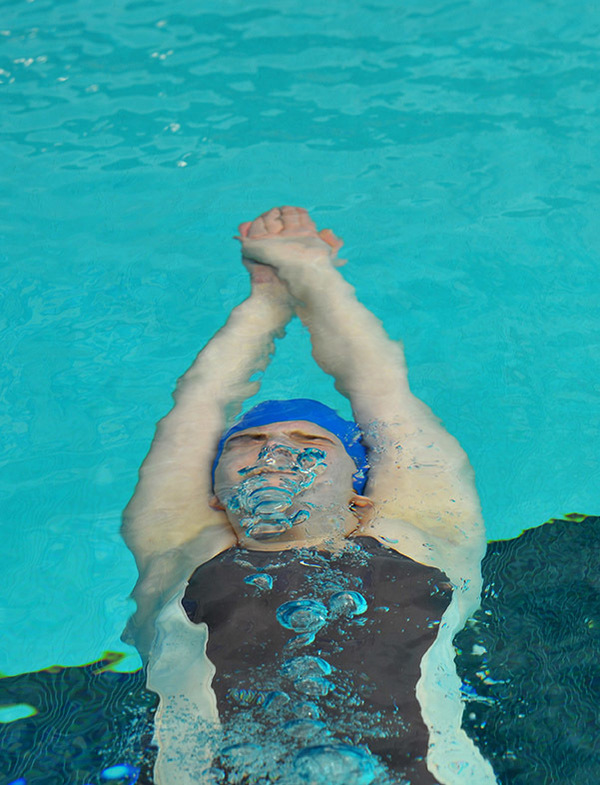 Now that she’s finished school, she plans to continue her research into the learning patterns of the visually impaired and apply that knowledge in consultation with companies that produce textbooks and other educational materials. Based on her determination alone, demonstrated in the classroom and the swimming pool, Nashleanas seems a safe bet to accomplish her goals.

A 2004 Paralympic swimmer, she set American records for those with total blindness in the 50-, 100- and 200-meter backstroke and the 200-meter butterfly. A recreational swimmer these days, her athletic drive surfaces when she mentions the possibility of training for a triathlon.

“The competitor is still in me,” Nashleanas says. “It would just be in a different arena.”

In the academic arena, she has competed at the highest levels despite the obstacles that might have derailed her ambitions, and now she’s determined to clear a path for others to do the same.