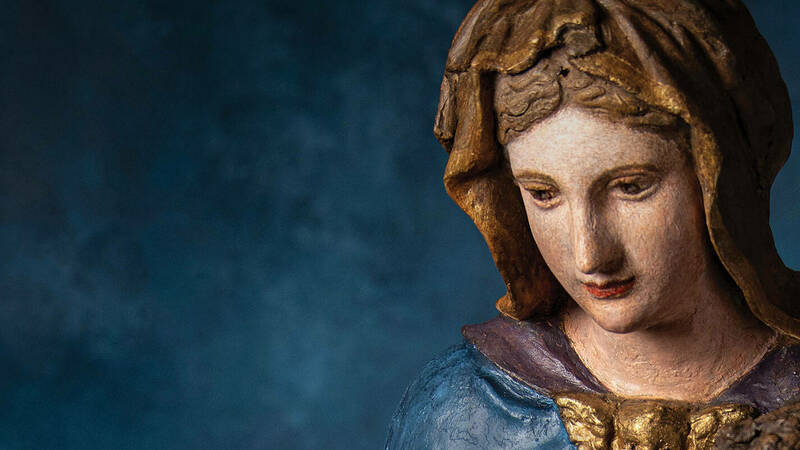 The letters we publish here are edited for space and representative of those we receive. We print only those letters referring to an article in the most recent issue of the magazine, not those responding to letters or commenting on issues not addressed in the recent addition.

I was stopped in my tracks when spotting the interview with Vera Profit (“Speak no evil”). It was through pure serendipity that I joined her 20th Century European Prose class in spring 1977. She somewhat painfully “schooled” me and others on the proper methods to write a paper and document all references. I recall her appreciation of my “expressive” hair (a result of a frantic last-second washing, abbreviated towel drying and final wind-driven drying by a two-mile bike ride to campus), as well my reply to her request for differentiating definitions of philosophy and art. With those memories now stirred, I will contact my local library to find and read her latest work.

The piece on Professor Emerita Vera Profit made an impression, especially in light of two events now playing out in America and the world — both soaked in evil and built on lies. These would be “The Big Lie” about the allegedly “stolen” and “fraudulent” 2020 presidential election, perpetrated and kept alive by a former U.S. president, and the brutal and unprovoked invasion, or “special military operation,” of Ukraine, perpetrated by the current president of Russia. I am mindful and appreciative of the article’s emphasis on the need for critical self-reflection regarding the nature of evil. That said, I would wager that many of your readers encountering the description of the “malignantly narcissistic” thought, as I did, of these two presidents.

Maybe excessive collegiate drinking (“Under the influence”) could be a cultural response to the massive surrender of students’ formerly secure, normal boundaries: family, home, bedroom space, friends — not to mention childhood, simplistic thinking, the prejudices of a small, sheltered life — all suddenly thrown open to people from around the world as well as to the college command to know widely, think deeply, see consequentially, consider all angles and live fully. Is it any wonder that such ripped-open college students would want to be squeezed back together, hugged, in the jam-packing of a bar? Or freed there from intelligent utterance by mind-blasting noise?

Alcohol use might be better dealt with — and creatively taken advantage of — as Notre Dame wisely did with pandemic isolation. The University promoted a new kind socializing: safely outdoors, cozy seating around firepits and beneath festive lighting on the library quad. Why not exercise similar creativity with alcohol’s relaxation effect, when used moderately? How about venues for intelligent conversation — more relaxed thinking, exploration, conferencing, brainstorming, wonder? Places in the dining halls for one-beer conviviality before nightly dinner. Discussion groups in dorm rooms and lounges with alcohol privileges.

I had this thought while reading Gerry Straub’s article, ‘What I Saw There,” about his being emotionally and intellectually moved by van Gogh’s The Plain of Auvers: We can seek art out, as the article suggests, or it can find us. I am the unwitting recipient of the latter experience, which was nonetheless transformative.

As a student in Rome during my sophomore year, I had just entered the Piazza del Popolo after a five-mile bike excursion, and I was seeking relief from the sun and humidity. I saw a church with an unusually large and inviting entry door, and I climbed the imposing stone staircase to the entry. With the great doors closing behind me, everything went black. Gradually the blackness receded and the first thing that came into view was a painting on the side of an elaborate altar, as if programmed for visitors to take in this scene first. The painting was done in high realism and employed expressive, theatrical lighting. It depicted a horse standing over a fallen rider. The bridle of the horse and one of its legs were being held up by another man to avoid crushing the fallen man. My senses moved rapidly through story, painting, architectural space, light and darkness, as if a film had unfolded within the span of a minute. I was transfixed. The image, which I later learned was Caravaggio’s Conversion on the Way to Damascus, has stayed with me for a lifetime.

War, peace and the Church

In “The Power that Preserves the Peace,” Michael Desch offers a Christian realist critique of the Church’s teaching on war and peace. He bemoans what Catholic pacifists celebrate: that the Church has rejected the just war tradition in favor of nonviolence. Both realists and pacifists misinterpret Church teaching, including the encyclical Fratelli tutti. A better reading is that Pope Francis reinforces the Church’s highly restrictive interpretation of just war against those who cite Augustine to justify “an overly broad interpretation” of the tradition.

Desch dismisses Church teaching as pacifist, yet he parrots recent popes in saying “war is rarely if ever the answer” and is permissible “only in limited and extreme cases.” Similarly, he wrongly conflates Church teaching on the need for a positive or just peace with pacifism, instead of seeing that teaching as a necessary complement to a restrictive approach to war.

Desch also criticizes the Church’s failure to recognize the role of deterrence in the durability and stability of the nuclear peace. No doubt deterrence has helped us avoid nuclear war. But his “realist” approach is based on the idealistic hope that the “logic” of deterrence, “fail-safe” systems and “rational” actors will always overcome human frailty, miscalculation and sinfulness. Wall Street is generally not a place to look for wisdom, but, with nuclear weapons, we would be wise to pay attention to the disclaimer, “past performance is no guarantee of future results.”

My colleague Professor Michael Desch has this one backwards. The issue is not whether a nuclear Ukraine would have deterred Putin — we cannot know — but whether a non-nuclear Russia would have been allowed to commit mass murder in Ukraine. Nuclear weapons are deterring only one side in this war: NATO. Putin has an anti-life, scorched-earth approach to warfare that does not square with either vision laid out in the article, Christian realism or Christian pacifism.

While Desch is correct in acknowledging that intervention is permissible to prevent genocide, he offers no further guidance on this central and arguably only question about current Russian atrocities: How many dead Ukrainian civilians constitute a genocide worthy of intervention? The “restraint” he recommends is often the best advice. In this case, however, it looks more like a “protect your own at all costs” approach, even if that approach leaves every Ukrainian dead, so long as the war remains in Ukraine or within other non-NATO-ally borders. Realists will continue to celebrate the “durable and stable” nuclear peace, instead of acknowledging that the current reality is not peace. It is nuclear’s license to kill unchecked.

I found the explanation of “Christian realism” and nuclear war demoralizing, in both the emotional sense of being an incredibly depressing essay in an otherwise beautiful issue, and in the moral sense, in that, instead of providing moral clarity, it bred confusion. I found it ironic that the writer highlighted “Christian realism” as an ecumenical effort, when the 20th-century ecumenical movement was reignited after the wars by the peace movement of the 1960s and ’70s. Christians found that the cause of unity was galvanized across denominational lines by joining in the prophetic calls of the Catholic Church for an anti-nuclear peace and for a world order not based on power, domination and institutionalized violence, but on brotherly love.