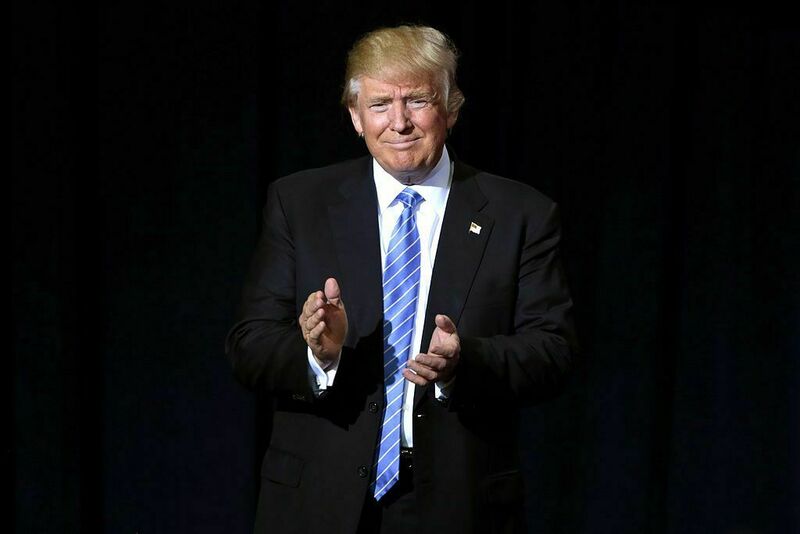 Though currently embroiled in several lawsuits and investigations, Donald Trump makes no secret that he’s eager to embark on a third campaign for the U.S. presidency, possibly a grudge rematch against Joe Biden in 2024.

For Trump, the most unconventional figure ever to occupy the White House, public opinion is bitterly divided between those who admire (if not love) him and those who dislike (even hate) him. Sometimes missing from these polarized viewpoints is a clear understanding of Trump and what he represents.

Before his election in 2016, Trump was asked by an interviewer, “Why, exactly, are you doing this?” Without hesitating Trump replied, “To be the most famous man in the world.” The honesty is commendable yet also chilling.

He’s the principal character in a national drama, but — as he contemplates a third act — what’s revealed by peering behind the curtain at this political protagonist?

Every president is ambitious and self-centered, but Trump took those traits into new territory. Look closely and there’s a bedeviling, at times paradoxical, complexity not only to his self-absorption but also to the hypnotist’s hold he exerts on his base of supporters.

Contradictions stand out like skyscrapers in an appraisal of Trump:

He craves attention in the media — yet guards against disclosure of any details about financial dealings or private affairs.

He rails against “fake news” when press reports criticize him — yet fabricates statements that prove untrue.

He epitomizes the outsider role as an anti-politician — yet maneuvers, however he can, to amass political power.

He demands unconditional allegiance from those around him — yet often fires people for saying or doing something he doesn’t like.

He projects himself as a strong leader (telling one audience in 2019 that he had “the right to do whatever I want as president”) — yet complains about myriad grievances he harbors.

He has no compunction about insulting or maligning someone he perceives as a critic or opponent — yet portrays himself as a mistreated victim when he’s on the receiving end of disparagement.

He rhetorically reveres America’s founders and their place in US history — yet often speaks or acts in ways that assault what they created, notably a constitutional republic.

He takes pride in having appointed conservative, “originalist” judges to the federal bench — yet displays near total disregard for the Constitution’s system of checks and balances.

He continues to position himself for leadership of the “United States” — yet often pursues policies that deepen national divisions.

He was defeated for reelection in 2020, two years after the Republicans lost the majority in the House of Representatives and shortly before Democrats took control of the Senate in 2021 — yet, despite this trinity of setbacks, remains in the description of Republican senator Mitt Romney “the 900-pound gorilla” of the Grand Old Party.

For someone without a strong anchor as a Republican — since the late 1980s, according to New York voting records, he’s changed his political affiliation five different times — Trump’s grip on the party is without parallel in recent history.

Since 1900, five other presidents — William Howard Taft, Herbert Hoover, Gerald Ford, Jimmy Carter, and George H.W. Bush — lost campaigns to continue in office. None continued, as Trump has, to dominate his party in the wake of defeat.

In this new environment, Ronald Reagan’s dream of the Republican Party being a “big tent” with various political perspectives folded and was replaced by something akin to a “revival tent” — with Trump delivering his brand of fire-and-brimstone speeches at rallies for thousands of loyalists.

Unlike presidents before him, he never attempted to reach out to a broader universe of voters to gain more followers. Shrewdly scheduling personal appearances at targeted locations and using sophisticated data mining by his political team, the Trump campaigns located people who hadn’t voted in recent elections but shared the beliefs and values of his base.

Opinion surveys gauging presidential approval during the Trump years was remarkably consistent — usually between 38 percent and 44 percent for an average of 41percent — because his core support loyally stayed with him. Men and women in his camp — he invariably referred to them as “my people” — believed in him, in what he said, and his worldview.

Nearly a year after the 2020 voting took place, one survey found that 36 percent of Americans did not “think that Joe Biden legitimately won enough votes to win the presidency.” That number, coupled with the statistic that 78 percent of Republicans thought that way, demonstrates the secure grip Trump has on the GOP as a whole.

Though most Republicans have unified under the “Make America Great Again” flag of Trump, Democrats keep counterpunching by drawing partisan contrasts. In the case of Biden, he presented himself from the announcement of his candidacy in 2019 until he was sworn in as president in 2021 as the anti-Trump, someone entirely different from the incumbent. For Biden, experience in government — being perceived as an insider rather than an outsider — was essential to emphasize.

Each characteristic Biden accentuated — experience, openness, community, diversity — was deliberate in highlighting differences between himself and his opponent. But taking on and defeating a sitting president is never easy. Until 2020, it had happened only five times out of 20 such races in the past 32 elections.

In 2024, could Biden and Trump face each other for a second time? If it were to happen, the campaign would be similar to the election of 1892, which pitted a sitting president (Benjamin Harrison) against a former president (Grover Cleveland) in a replay of the race four years earlier. Cleveland won and returned to the White House.

However, to be fair, certain facts of life put any predictions in the realm of risky speculation. Biden will be 82 in 2024, and Trump will be 78. Actuarially, anything might happen.

The future of the presidency is more uncertain than at any time since the middle of the 19th century with its convulsions that, ultimately, led to the U.S. Civil War. The assault on the Capitol on January 6, 2021, was deliberately timed to take place during the formal Congressional certification of the winner of the 2020 election.

Yet it’s worth asking: Was January 6 the finale of an unprecedented presidency, or will it be viewed as the prelude to continued divisiveness, complete with unthinkable consequences?

Less than a year in office after John Kennedy’s assassination, Lyndon Johnson observed, “The presidency has made every man who occupied it, no matter how small, bigger than he was; and no matter how big, not big enough for its demands.”

More than a half-century later, the “demands” have increased, making any president’s burden far greater than all the public glory. The fate of the nation’s most significant office is inextricably intertwined in the character and life history of whoever prevails in the quadrennial competition for executive power.

The institution and the individual are, for better or for worse, indivisible — a lesson Americans learn anew with each occupant of the White House.

Robert Schmuhl is the Walter H. Annenberg-Edmund P. Joyce Professor Emeritus of American Studies and Journalism at Notre Dame. This article is adapted from the new edition of his book, The Glory and the Burden: The American Presidency from the New Deal to the Present, published by Notre Dame Press.