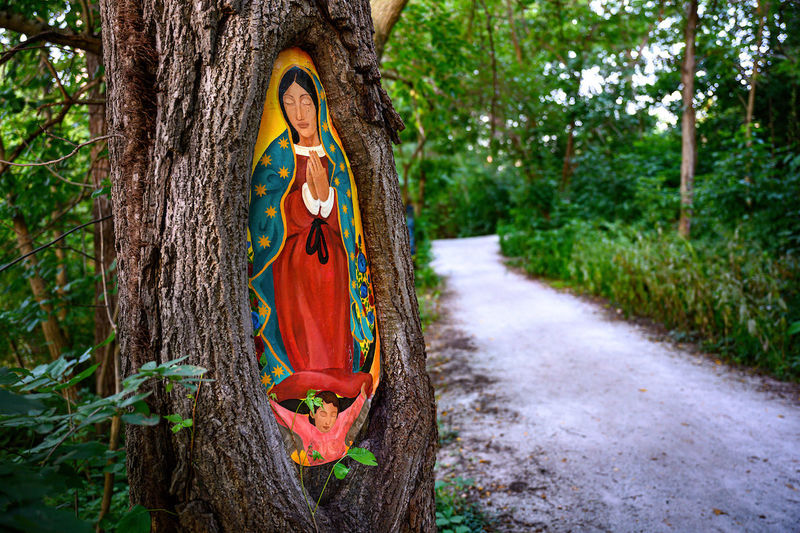 Last week, this space featured a piece of campus art that’s (temporarily) been lost. But this week, we have another for you — a work that, with the help of social media, has recently been found.

Rev. Dennis Strach, CSC, ’15M.Div. posted a photo of this painting on his Instagram on August 2. University photographer Matt Cashore ’94 noticed the post — “Is that on campus??” — and, in short order, made his way to St. Joseph Lake to photograph the artwork tucked away on its banks.

He shared his photo on Twitter, where, after a few dozen retweets, the artist came upon it. Under the username @beaabradley, she claimed that she made the painting in 2017 as a show of support for “those seeking refuge in the USA,” adding, “[T]his is more than a religious painting.”

As for St. Ed, he’s still on his summer-break hiatus, but we enjoyed hearing your guesses for where he might be. For the definitive answer, we’ll take it from St. Edward’s Hall rector Rev. Ralph Haag, CSC, ’03M.Div., who says Eddie clued him in before he left. He’s in “America’s playground” — Toledo, Ohio.