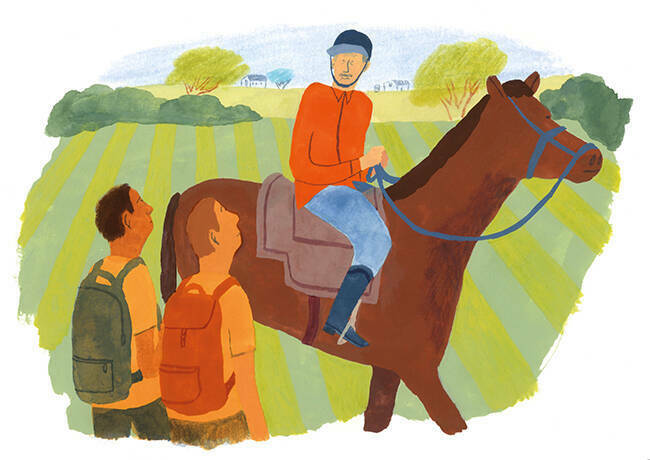 A teacher for 35 years, I learned a crucial lesson about the profession when I was still in high school. It happened when I was 15 and addicted to Lucky Strikes.

In the 1960s, Luckies were a man’s cigarette, because they were unfiltered and had a strong tobacco flavor. In Rebel Without a Cause, one was clenched between the lips of James Dean, the coolest male actor who ever lived.

As a sophomore with a bad complexion and a problem talking to people, I depended on Luckies. The lightweight, square package fit snugly in my shirt pocket or tucked under the sleeve at my bicep. The prominent red circle on the label felt like a shield.

Emulating the iconic actor, I practiced flicking my wrist to eject a single cigarette. Holding it gently, I would tap it into my palm until the edge of the paper beveled and “packed” the tobacco on one end. Finally, I would strike the match and touch the flame to the other end, while caressing the whole business in cupped hands.

Essential for me, as with Dean, was remaining silent during the entire ceremony: Inhaling the “toasted” tobacco flavor. Tightening my eyes for the deep draw. Blowing the smoke not randomly but in a direction that appeared calculated, so that anyone could see that I was not just thinking but deeply reflecting. Planning my next move.

Better yet, I was biding my time, possessed therefore of gravity and inevitability.

Whereas without my Luckies I was just an idle, pimply faced adolescent, looking lost.

One day in early October when I had run out of cigarettes, Frank Oberle agreed to cut class with me and hike to the new Oakbrook Shopping Center to replenish our supplies. Frank was always up for anything, like the time we stole a case of ice cream sandwiches from the school cafeteria. He also had a face girls liked, and the young cashier at the mall smiled as she handed him a carton of Luckies along with our change.

Everything was going smoothly, and we lit up and did some window shopping, since Oakbrook in its early days was an outdoor mall. But things went south when we decided to take a shortcut back to school through the polo grounds of the rich and famous Butler family.

The area resembled a vast farm field with no fences and nothing else in sight until a man on horseback appeared on the horizon, cantering in our direction. He pulled up 20 feet in front of us. He could have been my grandfather and was wearing one of those riding helmets with a chin strap.

Here it comes, I thought. I knew little about the Butlers but plenty about the trouble in store. Not just trespassing on old man Butler’s precious property but ditching school, and smoking on top of everything else, which would come as a shock to my parents. The worst, though, was violating the closed-campus rule, which could lead to our being expelled.

My first instinct was to run, but the guy was on a horse. Plan B: I fished the open pack of Luckies from my shirt pocket. Time to light one.

Leave it to Frank. I tried to read the man’s face, which was shadowed by the bill of his helmet.

“Good call,” he said. He informed us that his horse was a polo pony, and that this particular thoroughbred was an extra large specimen.

“Are you from the high school?” he asked.

“I thought so.” He said he figured us for a couple of varsity football players, because my shoulders suggested linebacker and Frank’s “lean” and fleet profile spelled wide receiver. I did a double take, glancing at Frank, who never looked anything but skinny to me.

Frank started talking a mile a minute, explaining how we were on our lunch period, which was technically true, and had lost track of time and were rushing back, cutting across these “amazing” fields, provided we had his permission. “Sir,” he added.

The man sat back in the saddle. He said to please call him Paul.

Frank went and told him our real names.

The horse, its hide dark brown and silky, seemed restless as it stepped up and down with its forelegs, and the man raised the reins before lowering them again.

“It’s lucky you weren’t intercepted,” said Butler. The groundskeeper, he explained, carried a two-way radio to call for police.

I felt a knot of warm dread in my stomach at the mention of police. But Butler’s tone was different, as if he were sharing a helpful tip with the fellow athletes we had suddenly become.

I slid the Luckies back into my shirt pocket. A smoke could wait.

“I should let you two men be on your way,” said Butler. He added that it might be to our future advantage to steer clear of the groundskeeper. Which later I realized was an awfully nice way to tell us to keep the hell out.

I caught the earthy scent of the horse as he steered the animal away. Not in the direction from which he came, but resuming his original route.

We got going as well, giddy about the close call and congratulating ourselves for getting off easy, though I sensed that credit for the escape was hardly ours.

In the days following, I thought about our chance meeting with Paul Butler, and I wondered why, with all his money and land and power, he would take the time and trouble to treat us the way he did. Any other adult would have regarded us as two punks playing hooky and up to no good, and would likely not have rendered us as whole and addressed us as “men,” as Butler did.

I learned that the Butler clan had amassed a fortune in the paper industry. And Paul Butler is recognized as a founder of the town of Oak Brook, Illinois, and of Butler National Golf Club.

Paul Butler did not sit on his millions, but instead achieved individual greatness as a six-time winner of the U.S. Open Polo Championship. I came to suspect that one secret to his achievements in business and in sports was how he used his status not for what more he could take, but for what he was able to give to others, which in our case was a feeling of self-worth.

His “secret” was a lesson I never forgot, and it became the key for whatever success I’ve had as a teacher, having learned that young people respond earnestly, honestly and with their best effort when regarded not as trainees or numbers or tobacco-stained lost causes, but as individual human beings deserving of dignity and respect.

David McGrath is professor emeritus of English at the College of DuPage and author of South Siders, a collection of writings on life in the Midwest. Contact him at mcgrathd@dupage.edu.