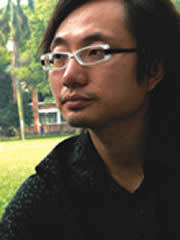 I was born in the mid-1970s into a southern Chinese town known to be the cradle of Mao Tse-tung’s Communist guerrillas in the 1920s. Throughout my youth, I was a loyal Communist Young Pioneer and later a proud member of the Communist Youth League. I remember dismissing what I thought of as gossip about riots and natural disasters in my “socialist motherland” as rumors spread by hostile American media. In my mind the new society had eternally eradicated all natural disasters and social ills after the liberation.

Before I was 20, I believed that mankind lived and worked for the sole purpose of achieving Communism. All my years afterward I have spent counteracting the omnipresent manipulating power of that system, whose default mode for young persons is to accept, memorize and follow rather than to question, challenge or defy. This partly explains why peasants in this country are much more pleasant than many of the educated. The more education one has received, the more common senses he has lost—unless, luckily, some of life’s turns activate the de-brainwashing process in his or her life.

My life’s turn came when I was able to leave for a land where, despite all its limits, free pursuit of truth is fundamentally respected and protected. While a student in Notre Dame’s Peace Studies program, I was exposed to facts that once were off-limits to me. This resulted for me in constant shock and anger. Gradually, the negative energy that resulted from being kept blind and ignorant for so long was channeled into positive passion for expressions and change. One’s humanity will be awakened once he starts to develop a free and independent mind.

Now I am of such an age during which time, according to the Chinese saying, one is supposed to “stand firm.” Despite several trials and errors, life has now led me to stand firm with truth-seeking through artistic undertaking. I believe in the power of art and literature, for they provide the primary means for exploring one’s self and for understanding and empathizing with others. Through artistic and writing projects, I want to explore, capture and present how people caught in life’s contradictions struggle between the aspirations to be good or to surrender to destructive desires from within as well as to external forces.

I am also interested in exploring the vertigo feeling of my peers. Ours is probably the nation’s most confused generation in history. Since the last decade of the 20th century, commercialism has quickly filled the vacuum of Communism and is becoming the dominant ideology. Different forces are contending for power, which leads to a weak sense of security among the population. Living in China today is like riding on a roller coaster. It’s fast, it is thrilling, scenes are changing, but at the end of the day, one asks oneself: “Is it real?” This roller coaster has no sure track, and you know not where it is heading.

We are China’s last generation to remember times when there was no TV or the Internet. Despite new developments in communication technology, many choose voluntary ignorance or fulfilling ignorance, two terms I coined to describe the popular mentalities. Today, for some, the problem is less of accessibility and more of voluntarily choosing to be ignorant—ignorance itself is fulfilling. Remaining in the dark is probably a less risky choice if one is used to it. Others have chosen to be apolitical. Yet I regard political apathy as a luxury that only people who live in systems which respect the bottom line of human dignity can afford. In our current situation, it is problematic if the majority of the young generation indulge themselves in such a luxury.

The economy still boasts impressive statistics. So, sadly, does the scale of environmental pollution. The growing economy legitimizes many injustices and overshadows resentments over social and environmental issues that might lead to serious crises. But only fools or liars would believe that this economy will go on like this forever.

So, apart from individual works, I am working with ordinary citizens on visual art projects. My dreams are that people will be better prepared when the days come in which the economy can no longer sustain all the false dreams. I hope that the little things I can do in the art scene will help some break up with “voluntary ignorance” and political apathy.

Jian Yi is the coordinator of the Notre Dame Club of Beijing and a visiting fellow in the Centre for Research in the Arts, Social Sciences and Humanities at the University of Cambridge. He is also a filmmaker, photographer and managing director of ARTiSIMPLE Studio, Beijing.