If Voldemort had used the Internet, I think he would have split his soul into Horcruxes housed in LinkedIn, Tumblr and Pinterest.

I’m not saying social networks are vessels for evil, but I am saying that people tend to divide their personalities across the spectrum of social media.

We all tailor our output no matter what social situations we find ourselves in: I wouldn’t have the same conversations at the Thanksgiving table as I would with friends at a bar. But when it comes to my social media use, this fracturing goes beyond shifts in etiquette and jargon; I’m a different character for each account.

On LinkedIn, I’m all about presenting my adult, professional self and therefore the profile is heavy on phrases like “cultivated” and “optimize” and “proficient,” so in a thousand years when alien archaeologists dig up my LinkedIn profile, they’re going to think I was a tractor aspiring to be a Transformer. 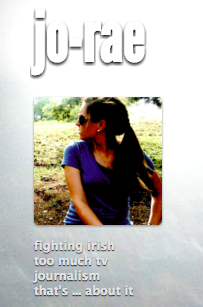 On the other end of maturity is Tumblr, where I return to my nerdy middle school self: thinking in pictures and delving into topics I’m mostly embarrassed to talk about anywhere else (namely TV shows, celebrities, Harry Potter and the crass commercialization of American Girl dolls).

On Twitter, I’m all hip to the news and the memes, while also displaying wit and sarcasm to great effect (as measured in retweets and favorites). I also talk about things like Notre Dame sports because, well, a lot of other Twitter users do, too. Take, for instance, the escalating trauma of the BCS national championship game in January.

It was well documented in my Twitter tirade I tapped out on my smartphone from a Miami bar. Most of the conversation that night was gallows’ humor that I’ve found only really translates on Twitter, where there seems to be a tacit understanding that college sporting events are a combination of tragedy, cathartic redemption tales or high camp.

But on Facebook, I’m not going to bust out successive status updates about a football game or the Oscars because that would be nerdy and annoying, and Facebook is where I try to present myself as a well-rounded, socially adjusted normal person who is reasonably photogenic and will graciously accept likes and comments about birthdays or engagement announcements. 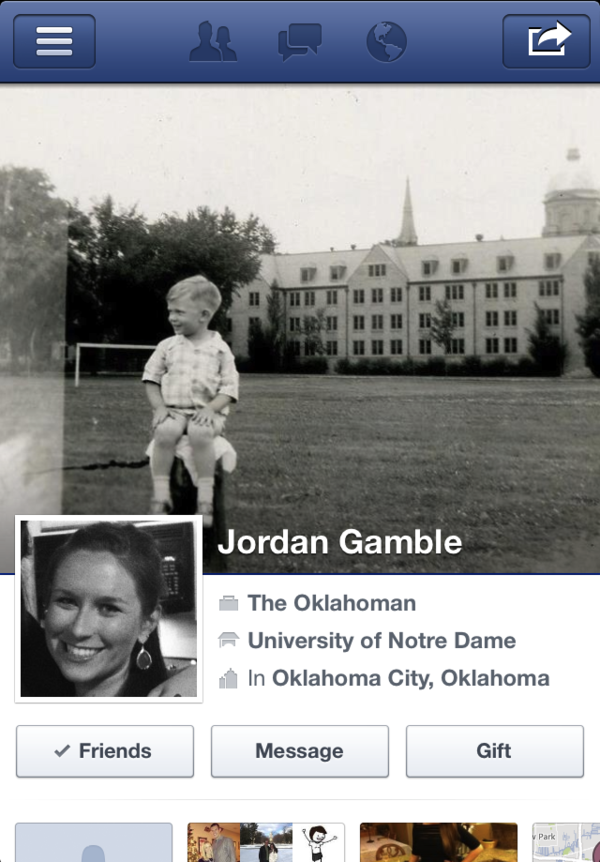 I think social media splits up my self now, but even when I was little I was still forcing my words into a certain paradigm for expression.

In grade school I read a lot of Dear America books, a historical fiction series for young girls written in journal form. From these, I became obsessed with chronicling my own existence because I believed I, too, was a part of history. I’d document school and 4-H and Christmas get-togethers as if they were story beats in the novel of my life. I started writing about myself with at least some expectation, however vague and unlikely, that someone else would read about it.

Back then it was a fantasy that my third-grade life was as exciting as a pilgrim’s or a pioneer’s. Now I’ve got studied irreverence and hashtags.

Writing, in all forms and lengths, is a very self-indulgent thing to do. I start with nothing useful and end up with something essentially immaterial: a semi-organized flow of my thoughts, which are probably worthless to everyone else. It can take ages and agony, and often the only thing to show for it is my own frustration because I can never manage to corral the whole of my experience or my opinion or my worry.

And that’s the scary realization Twitter and Facebook and weird little GIFs on Tumblr have foisted upon me: What is my sense of self if not the stuff I throw out for other people to look at? Do I have an inner life if I don’t talk about it — even with myself, in the pages of a diary I can’t write without worries about what it will look like for public consumption?

I suppose the good thing about the quick bursts of social media is that it’s OK to settle for a palatable sliver of the debris floating around in my head. I put it out there and hope someone else cares enough to read it, maybe enough to retweet all 140 characters. If nobody notices, well, at least I didn’t devote too much of myself to the endeavor.

Jordan Gamble ’11 is a copy editor at The Oklahoman in Oklahoma City. She enjoys journalism, NBC’s “Parks and Recreation” and freaking out about the Fighting Irish. Follow her on Twitter @jo_rae.