Editors’ Note: In response to the piece on Washington Hall in the Winter issue, we received this letter from Owen R. Reynolds ’60 M.A. containing a few fond memories of Washington Hall.

In 1960 I was a poor graduate student pursuing an M.A. in history, living off campus on North Ivy Road. I ate in the South Dining Hall cafeteria three times a day except Saturday nights when the cafeteria was closed. That meant going into South Bend every weekend to dine in an eatery where the servers said, “Help you please?” while trying to juggle a toothpick in their mouths.

The highlight of my week was the Saturday free movie shown at eight o’clock in Washington Hall. We tried to get there by 7:30 because it filled up fast. As soon as all seats were taken, the entrance doors were closed. Then the pre-feature fun began. Late students climbed the fire escapes and tried to enter through windows in the balcony. If the student was able to get a window open he was blocked by heavy drapes. One of the priests would be standing on the other side of the curtain to grab the offender as soon as he found his way through the curtains. All of this action was visible to those already seated and it unfolded like a Mack Sennett comedy. As soon as the trespasser got caught, another window could be heard opening, another drape would reveal a form moving behind and the action continued. 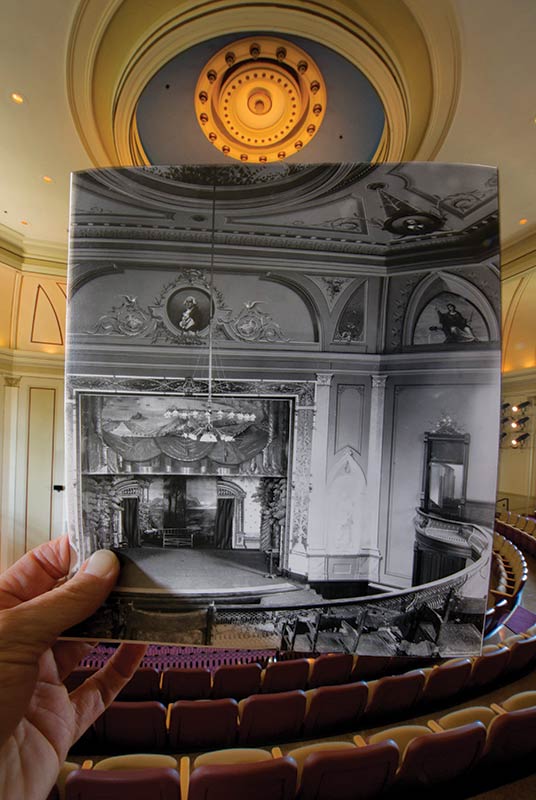 Notre Dame was then an all-male school and movies afforded welcome sightings of the opposite sex. Women seldom appeared on screen without eliciting a sit up and take notice response, an invariable indicator of approval. One time an actress was photographed from her feet up. Feet, nice. Legs, nice. Body, nice. Some whistles accompanied the flashing image. Finally when we saw her head, it was Jane Wyman, a woman who was about the same age as most of the students’ mothers. There was instant embarrassment and a hush fell over the crowd while their composure changed from incipient rowdy to respectful.

It was the film “The Five Pennies” which caused the most twitter. Danny Kaye played a musician and in one scene was in a taxi with Barbara Bel Geddes as his wife. Whether or not they were already married in the scene I don’t remember, but at one point she started nibbling on his ear. The students went into pandemonium, the film was stopped and we were told to go home. An enterprising young man tried to apologize for all of us but it was to no avail. Someone suggested we join in reciting a decade of the Rosary. At the end of the decade we may have had to say four more, I don’t remember. Perhaps we even said a joint Act of Contrition. I do remember, however, that we finally scored by joining in a group sing-out of “Notre Dame Our Mother.” The projectionist wiped tears from his eyes, gave us a final stern warning to behave, and started up the film again. We were as good as gold.

Washington Hall also featured free concerts. I went to a recital by Rosalind Elias from the Metropolitan Opera. Her beautiful singing projected throughout the auditorium without any amplification and I realized that trained voices are one of life’s treasures. She’s in her 80s now and was appearing in New York City recently. I wrote her and thanked her for her wonderful performance fifty years late. She wrote back and was glad for my words.

Washington Hall gave me much gladness. Thank you.