311. During the second week of Observers, the Sports page each day featured an article on the players vying for the starting quarterback position: senior Greg Knafelc, freshman Blair Kiel, senior Tom Koegel, senior Mike Courey and freshman Scott Grooms. Devine had earlier said that no one would know who got the job until the first offensive play of the first game. This issue also had a cover story on the annual panty-raid at Saint Mary’s and an inside article on the closing of the South Bend entertainment Vegetable Buddies. 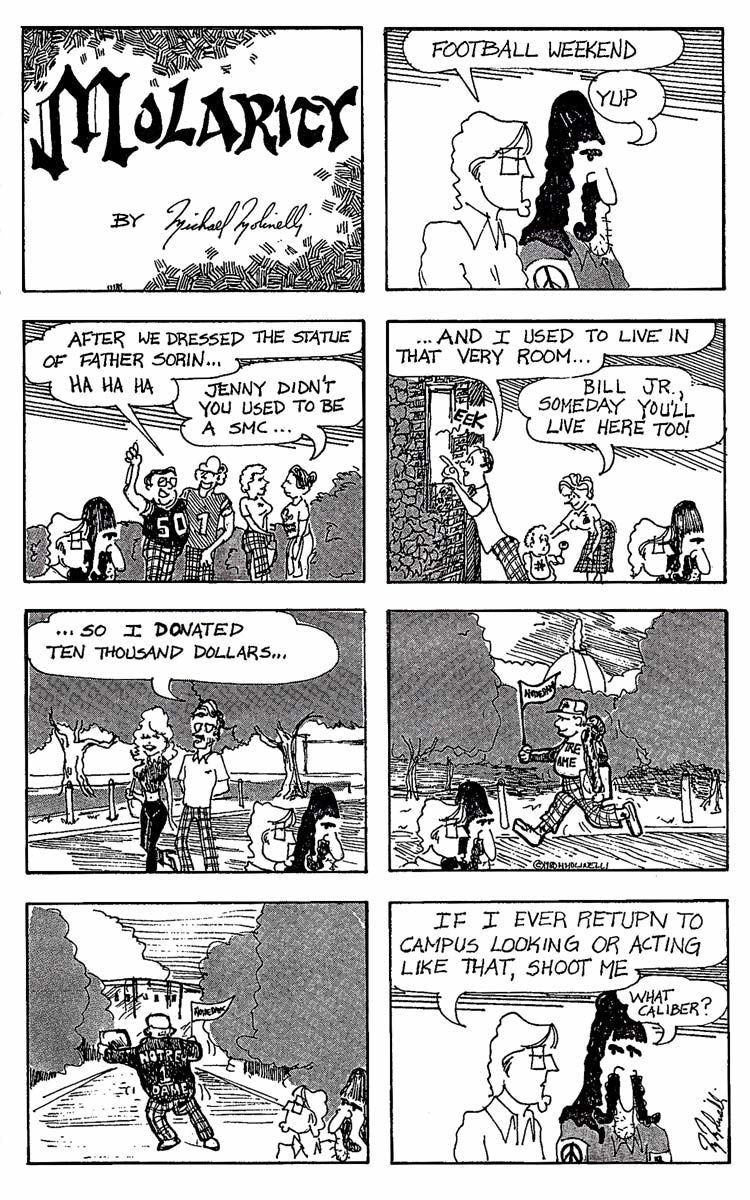 312. This year The Observer introduced a special Saturday edition for home football games. The editors Paul Mullaney and Mark Rust gave me an opportunity to do a “Sunday” cartoon albeit in black and white. Lest you think my cartoon was an exaggeration, the cover of the paper featured a gold colored Volkswagen Beetle with a statue of Mary on top.

313. I suspect the role and stigma of RA’s has not changed much in the past few decades.