Leadership comes at a price. Which, like ego, is subject to inflation.

396. A photo of Cicely Tyson featured on the front page of The Observer. She was the keynote speaker at the annual Black Cultural Arts Festival. A sports story listed the prospects who signed letters of intent for the football team. The list included future NFL stars Mark Bavaro ’85 and Mike Golic ’85.

397. In what has become a recurring Molarity theme throughout the decades — Notre Dame never really changes — I flashback again to Hannibal Mole and the first class of Domer students. I never heard positive feedback about Hannibal, but that has not stopped me from using the device again and again.

398. This cartoon inaugurated the semi-real campaign to elect Chuck Mason Student Body President. The student body might have been too busy celebrating the last-second Orlando Woolridge ’81 jump shot, which sealed our defeat of No. 1-ranked Virginia at the Rosemont Horizon on February 22, 1981. 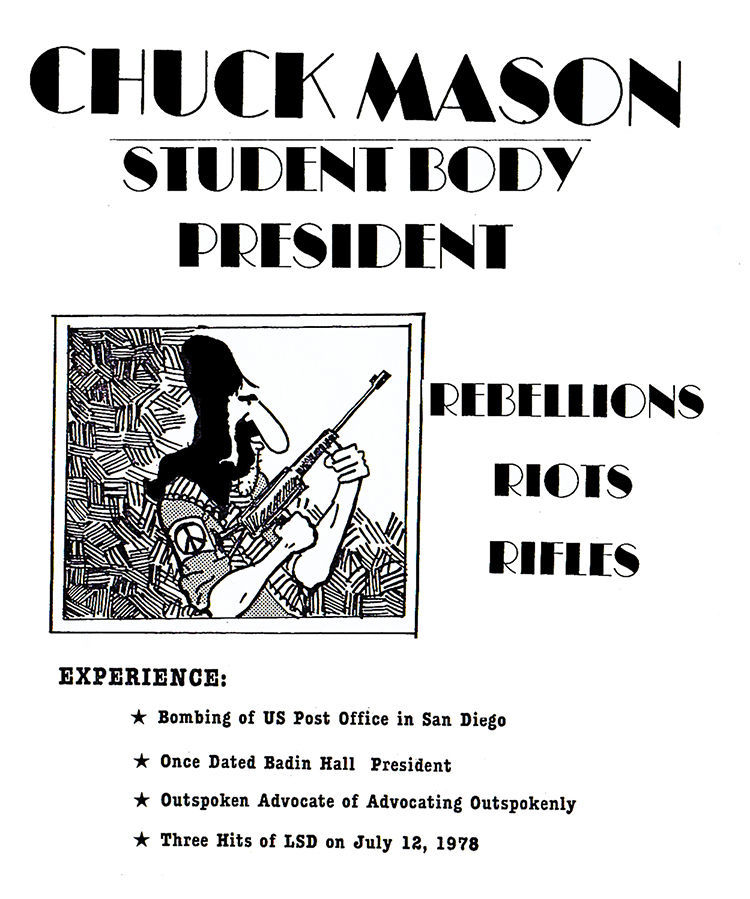 399. The same day as the cartoon appeared, this campaign poster appeared on campus in all the usual spots. In the pre-Internet era, the printed poster was the primary means of mass communication outside of The Observer itself. The technology was so old that in order to get a typeset other than the tiny typewriter keys, I used the newspaper’s headline printer: a new computer the size of a bulky steel desk.

400. This is one of the cartoons that still lives in people’s memories years later. The idea of working around the rules rather than waste effort trying to change them seemed to resonate with many students.