Sometimes you let the cartoonists speak for themselves. And then you pay for it.

431. After Chuck ran for student body president, the next attempt to bring the cartoon strip to life was the “Cartoonist Strike” of 1981. Day one this empty cartoon ran. I might have underestimated how many people would be in on the fakery. Why would the paper print an empty cartoon? I got a lot of people seriously asking me about the strike. 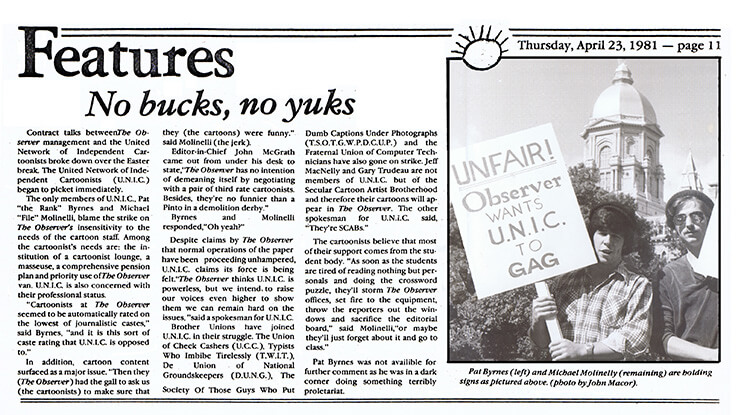 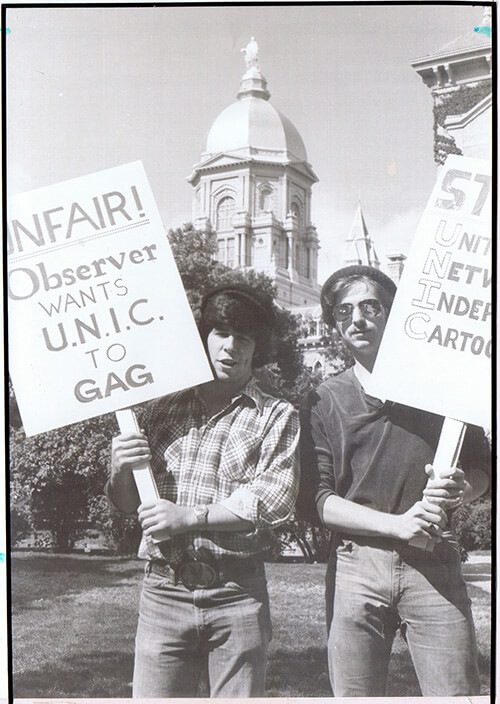 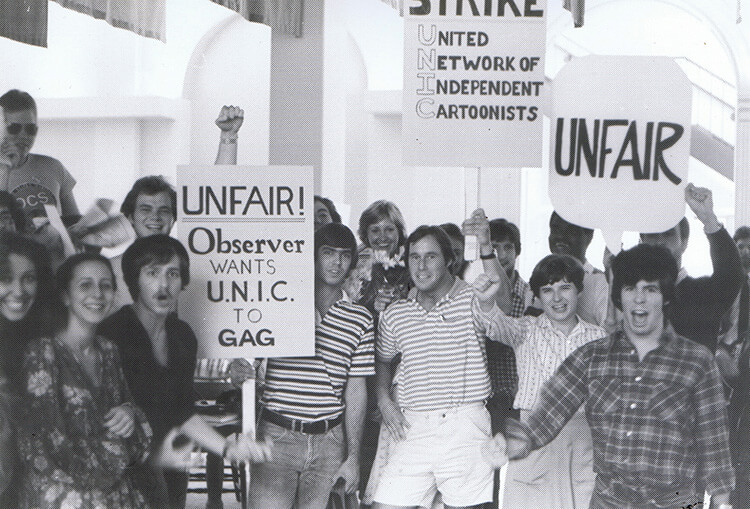 432. This cartoon ran with the article, “No bucks, no yuks,” written by my good friend Pat Byrnes ’81 and me, the paper’s only cartoonists. Pat liked my idea and came up with many of the bad puns and gags that made up the reports. The editors were not fond of running fake stories. Having it on the features page was a way to keep it off the news pages and not compromise their journalistic standards. These days Byrnes’ cartoons appear regularly in The New Yorker and The Wall Street Journal. 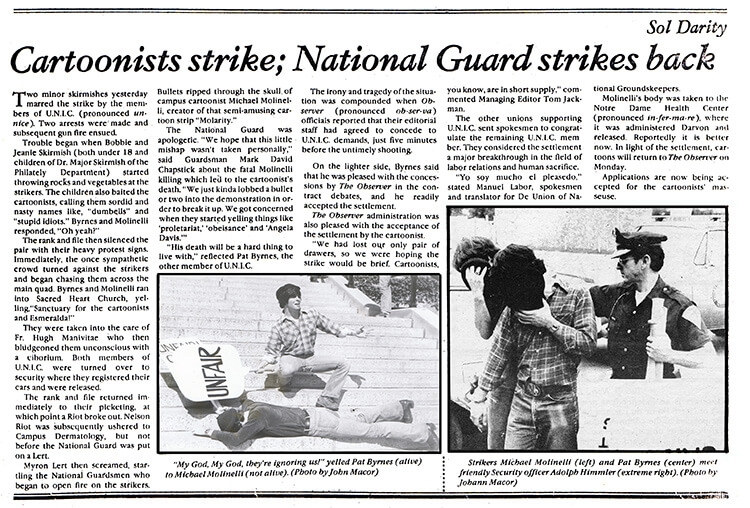 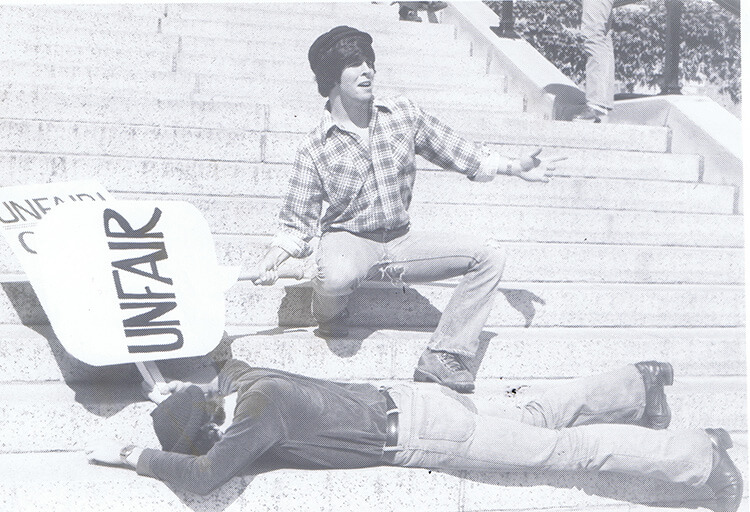 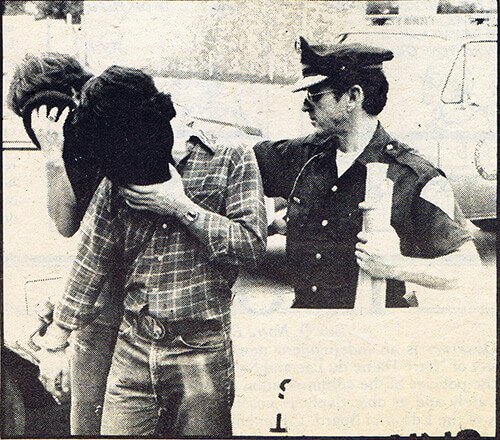 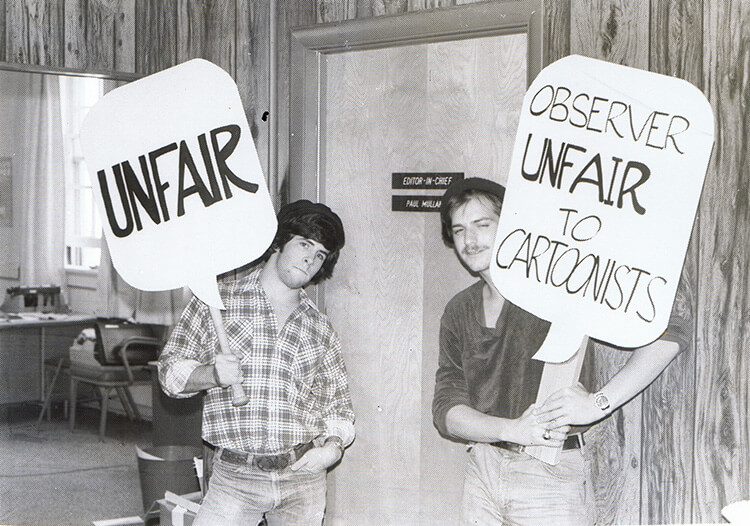 433. The third day, the second “scab” cartoon appeared. I had drawn these cartoons and had good friend and editor/writer Tim “Scoop” Sullivan ’81 sign them. I think he got some response from people who believed he actually drew them. A second article ran indicating that I was shot dead. It showed Pat and me mimicking the famous Kent State photo. Someone who claimed they read the articles later asked me, “Is this strike true?”

434. Around this time the dining halls were posting flyers with this character. I could not resist using it in a cartoon. Their confusion was meant to recall the Monty Python Gumbys. In the news this week were the growing Solidarity movement in Poland and Bobby Sands’ hunger strike to call attention to the cause of the Irish Republican Army.