Contemplating the future? Let it never be said that you dreamed too small.

435. This edition of The Observer featured a front-page photo of the Mud Chariot Race. The back page featured Kelly Tripucka ’81, whose team, “Re-classified Nads,” won the Bookstore Basketball Championship. The finals were held behind the ACC to accommodate the 2,500 fans. Gerry Faust won the Hoosier Award for abundant shooting with limited proficiency.

437. I saw this cartoon many months later taped to someone’s desk — the pinnacle achievement for cartoonists.

438. I attended the protest against Ronald Reagan, who was coming to commencement to speak and receive an honorary degree, as well as the concurrent counter-rally for Reagan as an observer. I thought neither side presented themselves very well. 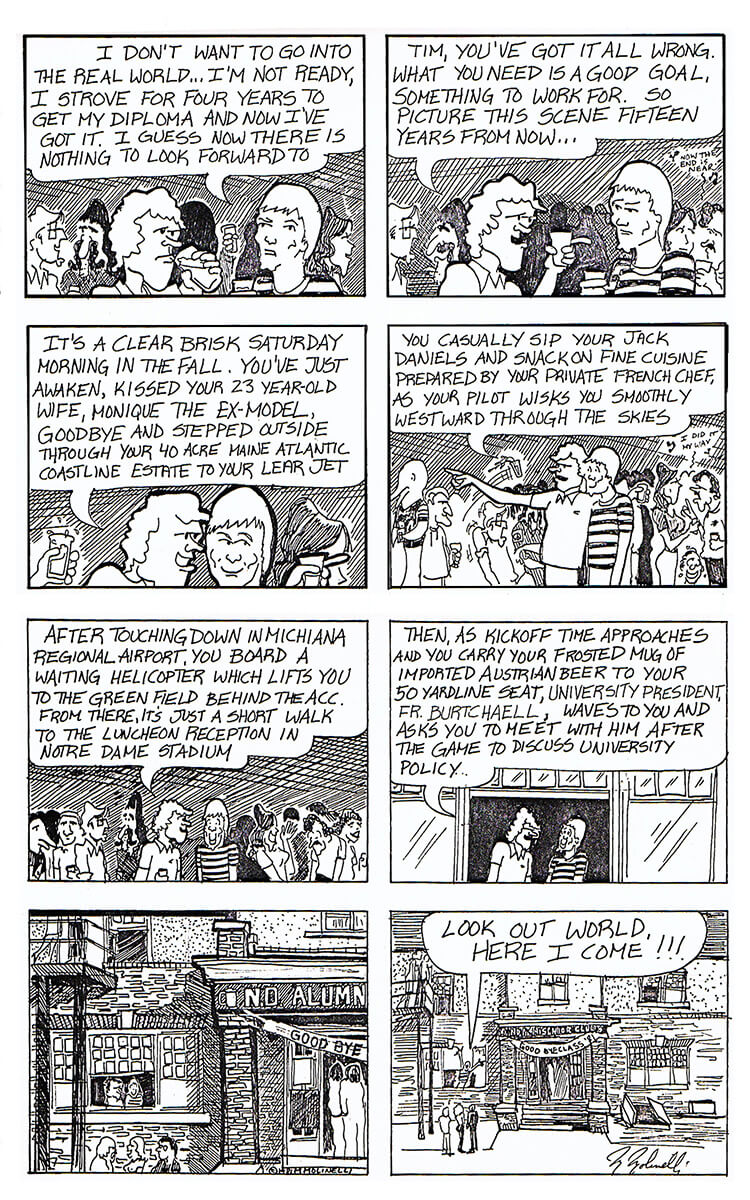 439. This last cartoon of my fourth year appeared in a special graduation-weekend edition of The Observer. The student in the striped shirt was a light caricature of fellow Observer staffer Tim “Scoop” Sullivan ’81. The original cartoon predicted that the provost, Father James Burtchaell, CSC, would be the next president of the University after Father Hesburgh. In the 1982 book, we changed the prediction to Father Dave Tyson, CSC. Despite the active search to replace Father Hesburgh — at his request — he remained president until 1987 and was replaced by Father Edward “Monk” Malloy, CSC.