Some literary quests are neither epic nor successful. Discuss. 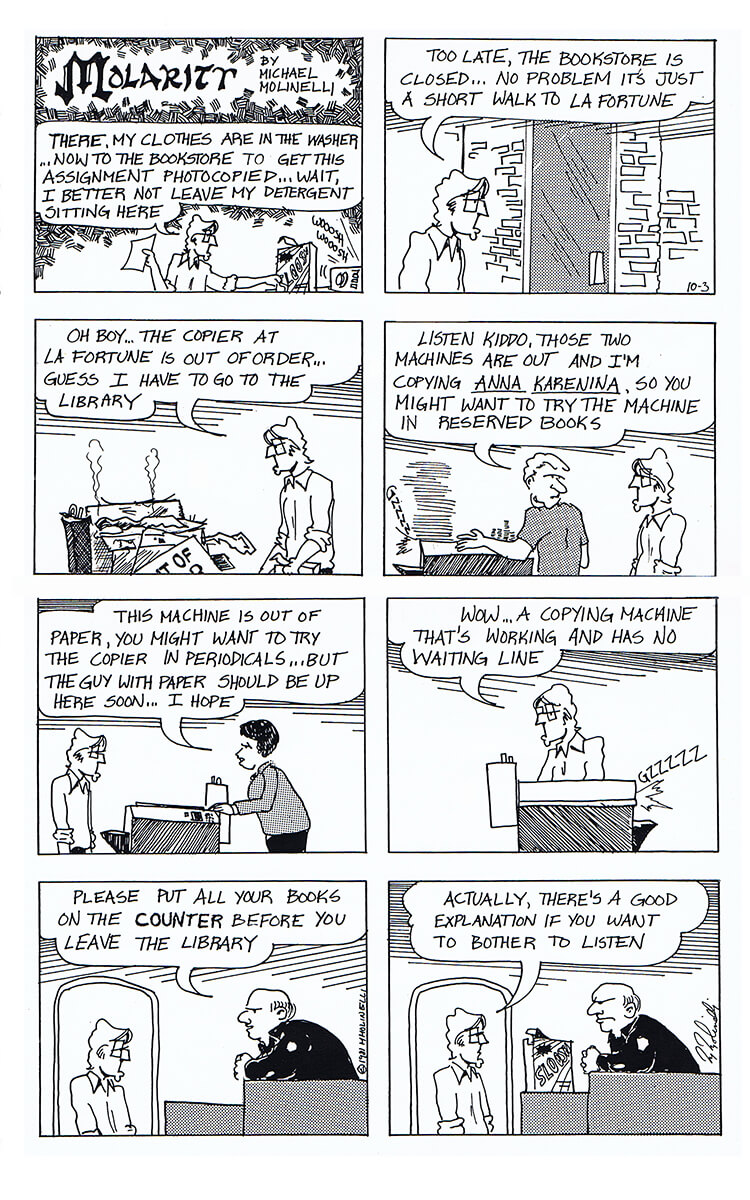 470. What happens to Jim in this strip really happened to me. Copier technology was constantly improving. I am in the process of restoring all the cartoons from full-sized photocopies, scanning and retouching them with Photoshop, because the originals were often damaged in the print process. I drew the cartoon in four pre-print panels stacked to fit on an 8 ½-by-11 sheet. Photocopies of the early series were poor, so I had to increase the contrast and brightness and often restore “dirty dots” or blackened areas in the original that came out as spotty gray. At this point in the series, the photocopies are so good that I need to do very little besides scan and reformat them to the long strip.

471. An article about an upcoming campus program to combat anorexia and bulimia is poorly headlined, “Problem Eating begins Friday.”

472. The Observer reports that Egypt’s President Anwar Sadat was shot by his own troops during a parade. Muslim fundamentalists assassinated him because of the peace treaty he had signed with Israel in 1979.

473. Morrison Schwartzer was a popular character but I am not sure how much fun it is to read these lyrics. Even I find them tedious.

474. A story notes law professor Charles E. Rice presenting legal arguments against abortion. Father Robert Griffin, CSC, later told me that the phrase “a theological caesarean” had him chuckling aloud (a “LOL” for you readers under 40).