It’s been a long time since I rock and rolled. Just another way to overachieve, I guess.

545. Half of this 12-page edition of The Observer was dedicated to the debate over the boycott of the Nestlé corporation over its promotion of breast-milk substitutes, particularly among the poor and in developing countries. The campus vote, held the next day, showed 63 percent of students in favor of continuing the boycott.

546. Quite a few bands cancelled concerts back then. Most of us presumed it was the mediocre soft rock and pop — the acts were just not interesting. New Wave music was on the rise. Springsteen sold out, of course. 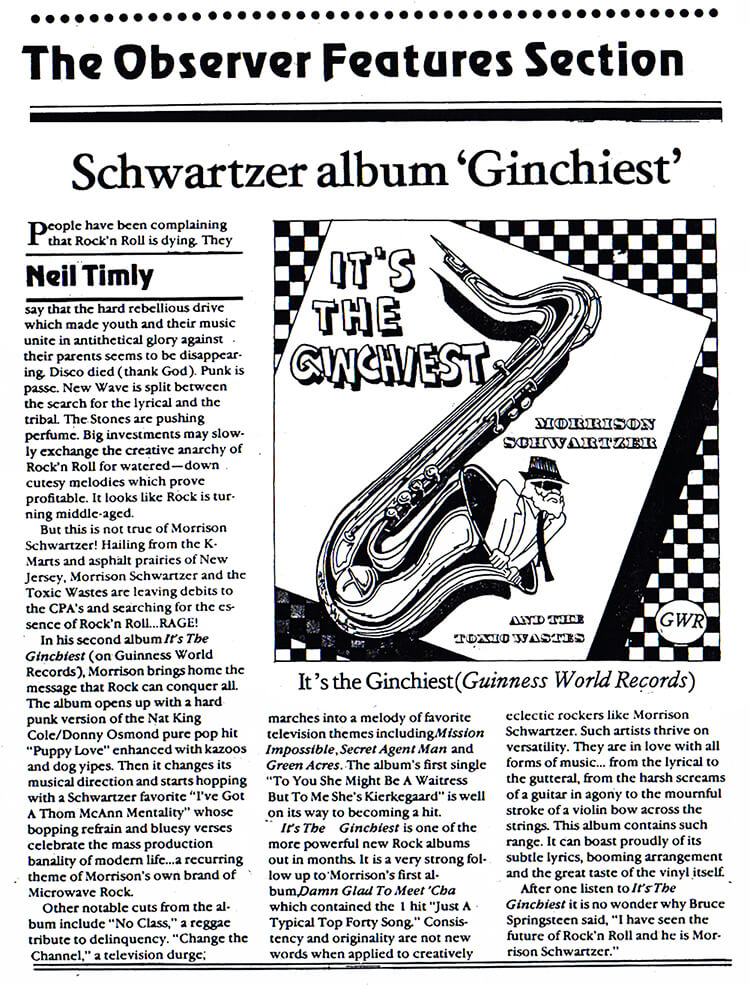 547. A fake review of Morrison Schwartzer’s “latest album” appeared in this edition.

548. A letter from Prof. Thomas Jemielity of the English department chided The Observer for running a photograph of a cardinal and claiming it was a sign of spring. He noted that if the newspaper staff allocated some of its budget to feeding the birds during the winter, it would know that. 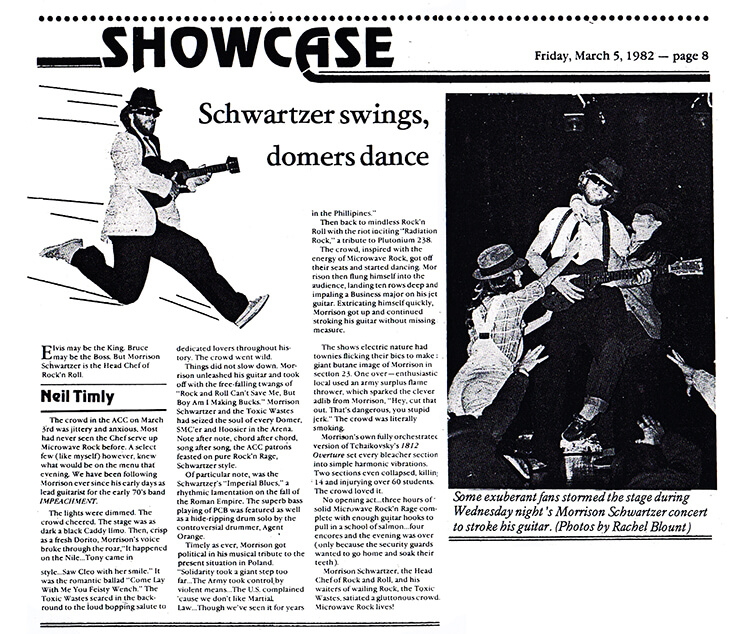