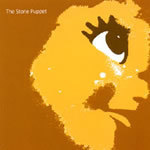 Three alums are hoping to play their way to rock music success. The Stone Puppet, a Chicago-based rock band, features lead singer John Tabis ‘00, guitarist Dan Puccini ’00 and bassist Tom Hayes ’02, along with Dave Streets and Patrick Golarz. The band released its self-titled debut album of five original rock songs last year; a second album is due out this year. At Notre Dame, Tabis sang in the Glee Club, Puccini was the Student Union Board’s concert talent buyer, and Hayes participated in Jazz Band, Symphony Orchestra and Marching Band for four years. All three played in campus bands. “[W]e look at our ND experience as our minor league, where we were able to develop our music and marketing skills,” Tabis says. “So now on the larger level in Chicago, we have been able to use that experience to expose people on the local, regional and national levels to [our music].” With a combination of rock, pop and ballads, the band’s sound is a cross between Matchbox 20 and the Rolling Stones.

Every Night When the Sun Goes In
Josephine Cameron

It was the winter break snowstorm of 1999. Josephine Cameron ‘00MFA sat in the O’Hara-Grace Townhouses writing a song she named “Indiana.” Now the song is on her new CD, Every Night When the Sun Goes In (Modo Records). Cameron plays guitar and sings acoustic folk/pop music with a clear, sweet voice. Her CD features both original compositions and such traditional ballads as “Shenandoah” and “I See the Moon.” While pursuing her master’s degree in creative writing at Notre Dame, Cameron performed at small venues on campus and around South Bend, as well as at the Sophomore Literary Festival, art openings at Riley Hall and outdoor concerts on campus. “It was really the encouragement and response from the student body at Notre Dame that helped me to begin thinking seriously about my music,” says the Brunswick, Maine, resident. She released her first CD, American Songs, in early 2002. Listen to music samples and order online at “www.josephinecameron.com”: http://www.josephinecameron.com.