A cold wind was blowing off the Elbe River that night in 2003, chilling the Hamburg port and whistling through the darkened trees surrounding the city’s towering statue of Bismarck, a startling leftover monument to militarism.

In a warm, wooden dockside pub frequented by sailors and stevedores, a German, who claimed to be a veteran of his country’s navy, wandered over to a table occupied by two American students traveling through the north. Old, ragged and largely inebriated, he talked to them about what everyone in Europe that year eventually talked to them about: the United States’ impending invasion of Iraq.

He had poor English, made worse by alcohol, and in a roundabout way he first apologized to two 21-year-olds for his nation’s crimes in a war that had taken place decades before either was born.

Eventually, he managed to reach a more salient point: Take it from the Germans, he said, that there has been enough war; please, no more war.

In the 10 years since I talked to that old man (and let him buy a round), there has been plenty of war. This month marked a decade since American tanks first started rolling to Baghdad, and remembrances have been pouring through media, from apologies for once supporting it to refusals to say it wasn’t worth it to reflections on taking part in it. 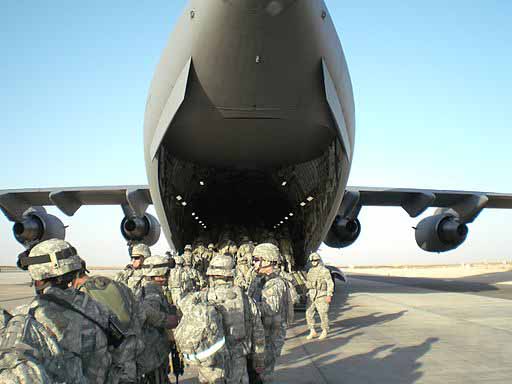 What is most remarkable to me, however, is that my life — and the lives of most of my generation — has been left so remarkably unscathed by the defining military conflict of our time. I don’t mean in terms of ideology or political beliefs or interests, as anyone who came of age in that time will have been intellectually affected by its events; I mean in terms of mind and body. Looking back over the past decade, my peers have been more crippled by Wall Street traders than bullets and bombs.

It’s pretty plain why. I was in college at the time, then graduate school, and found gainful employment in the years since, whereas this war has largely been fought by the economically marginalized. Other forces were at play as well, such as an emphasis on smaller and lighter combat forces, abhorrence to a draft, and the increasing reliance on contractors such as Blackwater.

And what I saw at the time as the kaleidoscopic isolation of witnessing the war’s beginning while studying in Europe, being outside of my country as it went to war, never left. The compulsory service of my fever dreams never materialized. No great moral decision — to go to war or to face the consequences of refusing to — was ever truly demanded. I don’t worry that this somehow makes me, or others my age, a coward or individual not up to the task of leading the world. Wisdom is not solely gleaned in combat, and sacrifices — particularly monetary and personal ones — have been made in full by my generation. To say we consequently aren’t knowledgeable about the hard realities of life, well, is frankly wrong.

I am worried, however, that the shockingly small amount of Americans hurt by the Iraq War will contribute to a generational lack of empathy. There have always been struggles to get veterans what they really need after service, from the red tape of the Civil War to the Bonus Army and Agent Orange, and those conflicts had far greater sweep through the population than the battles of this century. How can we understand how to help when we don’t even live in the same reality?

A few years ago, I interviewed a sergeant who had been blown to pieces in Iraq, losing both his legs, his left arm, most of his hearing, and even his sense of smell. He went through two-times the amount of blood needed in the human body, spent two weeks in a coma, and battled a 105-degree fever and infections. Despite the cost, he said he would have gone back to Iraq if it was possible, an admission that on some level shocked me even though I expected a veteran to say that.

But should it have surprised me? I was as divorced from his emotional pain and yearnings, and their causes, be they political or just personal, as I was his physical ones. There was, and will always be, a yawning gap, especially with this war; I only witnessed the toll it can take because I was paid by a newspaper to seek it out.

Will we ever, then, be able to see enough of war when we never have to see it?

Liam Farrell is the alumni editor of this magazine. Email him at lfarrell@nd.edu.