John Hickey Jr. ’69, son of John Hickey ’44, found the attached photo in his father’s scrapbook recently. “He told me that someone had gathered all the ND monogram winners they could find serving in Pearl Harbor some time in 1945,” Hickey wrote. 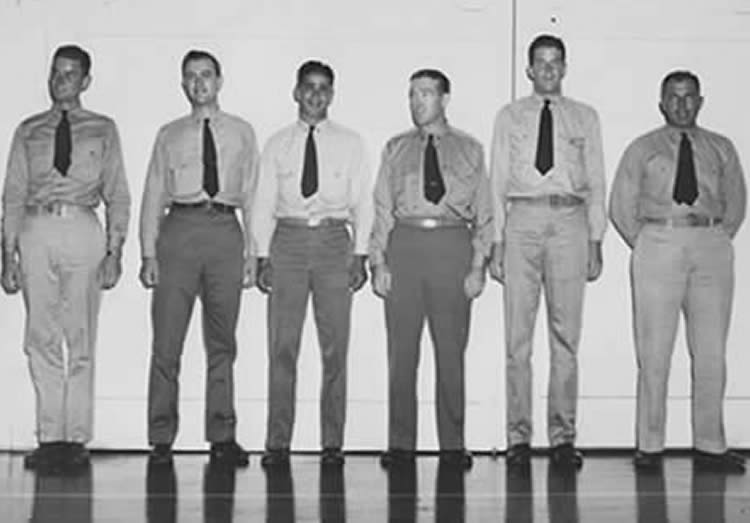 The senior Hickey, his son wrote, also won the Byron V. Kanaley award in 1943. The Kanaley Award has been presented each year since 1927 to senior monogram athletes who have been most exemplary as both students and leaders.