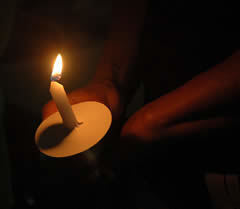 ND law professor Mark McKenna writes movingly at Slate Magazine’s website about how a legal question related to the Penn State scandal forced him to confront his own experience of abuse as child and lessons to be learned by all of us.

Also related to the Penn State case, Ann Tenbrunsel, Notre Dame’s Rex and Alice A. Martin professor of business ethics and co-director of the Institute for Ethical Business Worldwide, discusses on MSNBC’s Dylan Ratigan Show why it is that so often people look the other way or fail to see when we are confronted with a glaring ethical problem

Does morality have its roots in emotion or reason? ND philosopher Gary Gutting discusses Harvard University psychologist Steven Pinker’s new book, The Better Angels of Our Nature: Why Violence Has Declined in his New York Times blog.

They’re not coming by UFO, but alien monsters are indeed invading the United States even as you read this. Notre Dame biology professor David Lodge tells all about Asian carp and other non-native animal and plant species that threaten the American landscape in a CBS Sunday Morning report that aired in November.

In a Huffington Post essay, Notre Dame historian of Christianity Mark Knoll reflects on the state of Protestantism today as the 500th anniversary approaches in 2017 of Martin Luther’s posting of his 95 Theses on the Wittenberg Cathedral door.

Writing in the Wall Street Journal, Notre Dame political scientist David Campbell and his Harvard University colleague Robert Putnam argue that should former Massachusetts Governor Mitt Romney get the GOP presidential nomination his Mormon faith will not be an issue in the general election.