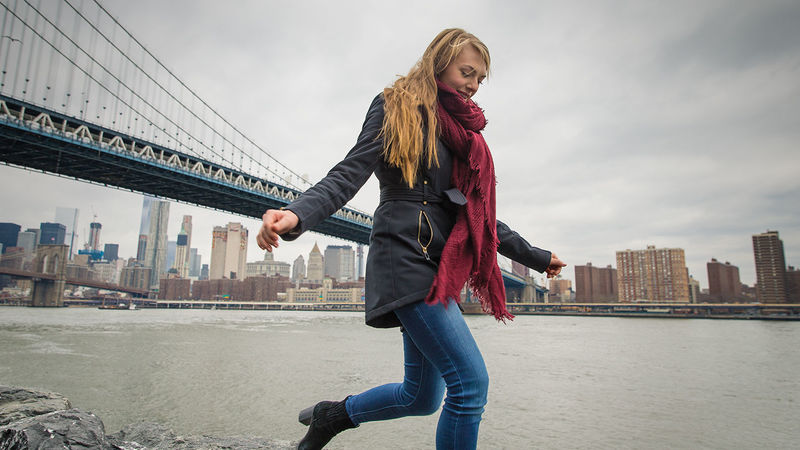 I stood in my Brooklyn bedroom and stared at my radiator. From it spouted a steaming stream thick as a drinking fountain’s. After 30 minutes, a desperate series of phone calls, four unavailable plumbers, three sacrificial towels, one mop and two large salad bowls, the flooding finally stopped. My superintendent arrived, panting in an enormous hat. He observed the situation, which I had somewhat controlled — dry floor, no flood — and said, “I shut off the heat. I thought you had an urgent problem.” 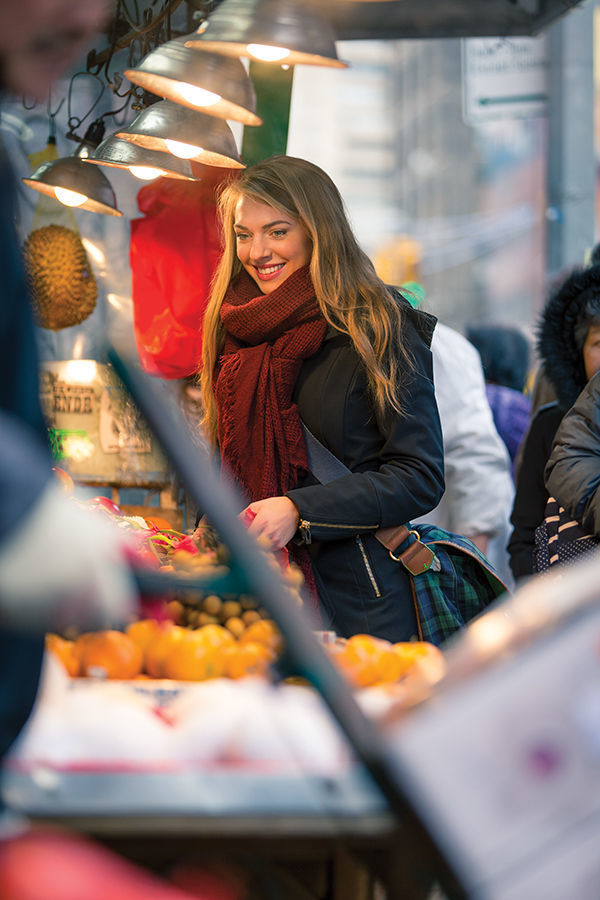 I’d implored him for weeks to mend my radiator; steam hissed from it hourly, my room an involuntary sauna. Prior to the flooding, the super and I had scheduled two appointments and he missed both, so I thought it was fair to request reimbursement for the dry cleaning that my carpet — now soaked — would require.

“Nah,” he replied. “You see, these things just happen. No one tried to flood your apartment. No one did this on purpose.”

I wanted to point out that if someone had intentionally flooded my apartment we would have a much more complicated problem on our hands. “Well . . .”

“The plumber will come tomorrow,” he said, already backing out the door.

Though the flooding had stopped, steam continued to spray. Five minutes after my super’s departure, a mysterious plumber arrived, unannounced, to examine the radiator.

“Not so fast,” he replied as he examined the radiator. “Huh.” He made a call, then another, then turned to me. “Well I can’t do anything if the super isn’t here, and he won’t answer his phone.” Within five minutes, my super had gone off the grid. The plumber halfheartedly plopped a dirty washcloth over the leak. “That should, uh, do the trick for now.”

He left. As steam vaporized through the filthy rag into my bedroom, latent stress pooled and the morning replayed in my mind like an episode of The Three Stooges. Then something unexpected happened: I laughed. And laughed and laughed. From this side of alarm, the situation seemed hilarious. As I relayed the comedy of errors to a friend later that night, a memory-reel of similar moments since I moved to New York City began to flash in my mind — moments that could have felt irksome, even disastrous, but instead registered as laughable.

For example: one August night near the Brooklyn Bridge — my first weekend as a resident of New York City — a girl in the street pushed me into some bushes and said, “Who does this bitch think she is?” A few weeks later, my downstairs neighbor accused me, with eviction threats, of banging on my floors at 5 a.m. (The woman later apologized: “It was the pipes! Sorry!”) On a rainy October evening as I made my way to a formal event, a man shook his umbrella on me, dousing my body and dress in a sheet of cold water. One November night, a stranger outside the supermarket locked eyes with me and prophesized, cryptically, “Don’t worry — you still have a chance.” In December, I passed a massive, flattened dead rat outside my apartment. Once, a cigarette fell from the heavens onto my head. The other night, a man jumped out of a food truck and chased me through Union Square, yelling “BLONDE! BLONDE! I HAVE TO KNOW: ARE YOU SCANDINAVIAN?!”

My former self would have responded to these situations, my New York City baptism, with fear or anger or repulsion. But as soon as the threats cleared, my new self laughed — hysterically — every time. Laughed at the ultimately benign absurdity. Laughed at my new, farcical city. Laughed at myself.

My newfound disposition puzzled me: When did I develop this lightheartedness? Last year, when I was a senior at Notre Dame, it took no more than inconvenient parking to ruin my day. As I reflected further, it became clear that my newborn instinct to laugh is a symptom of something bigger, something I haven’t felt in a while: general happiness.

Before this year, I’d never considered happiness to be a chronic condition — merely a transient spark that flared every now and then. But at some point in the past few months, equipped with a reservoir of joy, it became easy to laugh at the difficult.

This has been the best year of my life, and it followed one of the worst.

Most of the stress I experienced my senior year at Notre Dame was not uncommon: up to 600 pages of reading a night, conference preparation, an honors thesis, tutoring at the Writing Center, applying to graduate schools, attempting to plot my future while keeping my present afloat —most seniors bear variations of these pressures. But that year, in addition to the demands of academia, my brother got hit by a car, my mother was in and out of the emergency room for a condition no one understood, and, a week before finals and MFA application deadlines, my boyfriend broke up with me. Though I valued South Bend, I had lived there my entire life and ached to leave. I was living at home to save money, which made normal college socializing difficult and escape from family stress impossible. A morbid awareness of mortality began to hijack my thesis — I buried myself in Dante and Eliot. Over Christmas, my cat died. By the beginning of spring semester, my anxiety had peaked; I grew accustomed to weekly breakdowns. No single event destabilized me: It was the relentless accumulation.

But in the middle of February, between shifts at the Writing Center, I received a call from my top-pick graduate school in New York City, offering me a deal so generous I didn’t even know it had been available. That’s when things began to change.

One of the first New Yorky things I did when I moved was attend Shakespeare in the Park. Though we waited until the last hour of the last day, my roommate and I miraculously procured tickets: no line, free seats, great view.

That summer, Daniel Sullivan was directing Cymbeline, which is neither a tragedy nor a comedy — it’s a romance. The August night was perfect: Beneath a sapphire sky, Central Park sighed. A warm breeze. A live band. A full arena. And as Imogen and Posthumus fell in love, I fell in love — with the play, with the city, with the shimmering potential life now seemed to offer.

What struck me about Sullivan’s particular interpretation of Cymbeline was its joy: The sets and costumes were somewhat modernized, bright and gorgeous; the characters frequently broke into song and dance; scenes that could have been devastating were often played with humor, deftly toeing the fine line between tragedy and comedy. The play still bore the emotional weight that its script demands, but it did so with elegant lightness. As three characters bury a person they believe to be a dead, honorary brother (who is, in fact, a live, biological sister), the lights softened blue, acoustic strings plucked and the men sang their elegy. The scene was sad but still glistened with whimsical beauty, which gave it hope — if only aesthetic. The play soared through its five acts and a sequence of tragic mistakes. In the final scenes, good characters reached good ends, and the play concluded with a merry kick line.

In many ways, Sullivan’s rendition of Cymbeline perfectly set my personal stage. Since I moved, life has been a dream of remarkable people, creative growth and boundless learning. For a portion of my first semester in graduate school, I believed my happiness was a direct product of my context: enlightening office hours, post-class dialogue over bad beers, semicolon debates (for or against), sunset strolls in Prospect Park. Sixty-degree winter weather, infatuated writing, obsessive editing, books, books, books. Thursdays mentoring 6-year-olds, six-hour phone calls with a professor, east-facing windows, the class that ended at 1:15 a.m., free tickets to concerts and comedy shows, stunning library views, food fit for worship. All irradiated, of course, by the neon vivacity of New York City. Without question, the good fortune of my circumstance has greatly contributed to my happiness.

But contentment began to jinx itself: Attributing all the new joy of my new life in New York to a package of remarkable and tenuous factors generated its own anxiety. I began to worry. What will happen when something changes? When I graduate? When loan payments begin and adulthood arrives with its claws unclipped? What if I can’t publish a novel? Is happiness so precarious? Is its shelf-life so short? Almost as soon as I moved, my days became saturated with premature nostalgia. I began to fear an inevitable future and agonize over the ephemerality of my present.

But the longer I live in these circumstances, the more confident I become that they are not wholly, or even fundamentally, responsible for my happiness. In fact, they have nothing to do with it. Somewhere between the Midwest and the East Coast, I decided to be happy. That decision, not its context, was the essential cause.

We inherit scripts we did not write, but the power to interpret them is ours. Sullivan’s Cymbeline proved that it’s possible to deliver heartbreaking lines with humor; possible to laugh amid confusion; bear betrayal with a shrug; kiss once, twice, three times without the stage direction to do so; curate an original soundtrack; dress our sets and ourselves in vibrant hues; fix our eyes not on the character who hurt us but rather on our friends, our reflection, our brothers, the audience, the moon. We can preserve the solemnity of a funeral but sing beauty into sadness. We can conclude a series of creepy and enchanted misunderstandings with a kick line.

Tragedy is inescapable, and its pain often precludes humor. Some events are unquestionably comic, others — on the opposite pole — unquestionably sad, and grief requires grieving. But most of life, I’ve learned, is lived in between, on a tragicomic spectrum that demands to be interpreted. I cannot choose the beats that punctuate my narrative — the wonky radiators, the failures, rejections, car accidents, illnesses and heartbreaks — but I can interpret them. And as a former English major currently pursuing an MFA in creative writing, I confidently argue that without interpretation, narrative is powerless.

I’ll never know how things might have changed had I renovated my mentality senior year, but I do know this: Even when the pipes break and it’s hard to breathe, I can choose to be happy. I can laugh in a flooding room.

Tess Gunty is pursuing an MFA in fiction writing at New York University. She lives in Brooklyn.