The last conversation I vividly remember with Rob Hiaasen happened seven and a half years before he was murdered in the Capital Gazette newspaper office in Annapolis, Maryland.

It was December 2010, and I was a young Capital reporter wrapping up a weekend shift nicknamed “Horrors” for the stories it produced on the mayhem that floats beneath any decently sized community. Since so many people at the paper had recently been laid off or just not replaced — we lost about a third of the company in a single day during the Great Recession — I had also just come back from covering Annapolis’ annual Christmas light boat parade, wherein locals deck their nautical halls and lazily turn about in the harbor.

I sat down in Rob’s office and told him I wanted to talk to him. He joked that I must be resigning and laughed when I responded that, if I had been quitting, I would have done it before heading out into the cold to cover a boat parade.

The actual substance of our meeting doesn’t matter. I had various gripes about recent company decisions, but really I was just burnt out and unpleasant after years of working at a resource-strapped local newspaper. Even at my best, I inhabit the category of writer whose caustic personality traits are in a delicate balance with the benefits of what I produce for the page; that day, I certainly was not at my best.

All to say, it would have been perfectly within Rob’s rights to tell the entitled 28-year-old in front of him to suck it up and stop whining. But he didn’t. He listened and made me feel better. We commiserated over the slow decline of our industry. We got back to work.

I wish I could have told him then — could have told all of them — not to come to work on June 28, 2018, so they wouldn’t be killed by a man carrying a grudge and a shotgun.

Rob deserved better. They all did.

Reporters get used to the threats and hate mail — the kind that preceded the June 28 attack by a reader angry with his portrayal in the Capital — pretty quickly. There’s really no other choice.

It’s a bizarre dynamic, honestly. The stakes for your average low-circulation newspaper, one that reaches tens rather than hundreds of thousands of readers, are hardly worth baroque vendettas. Constrained by both mission and resources, these papers usually bury the most national, partisan and inflammatory of conflicts beneath a mound of small-scale developments. You are far more likely to see a story on the picayune machinations of the zoning board than the merits of presidential policy or Supreme Court opinions — and if you do see the latter, no one in the ZIP code wrote it.

Yet it’s almost as if the vitriol is inversely proportional to the scale of the dispute. In my first journalism job, I wrote a restaurant review that judged the venue as fairly pricey; a subsequent letter to the editor said I would die alone, my romantic fortunes forever cursed by my parsimonious nature. After an article about a minor City Hall issue, hidden in the back of the A section, a commenter on our website said I should be castrated and dipped in kerosene. 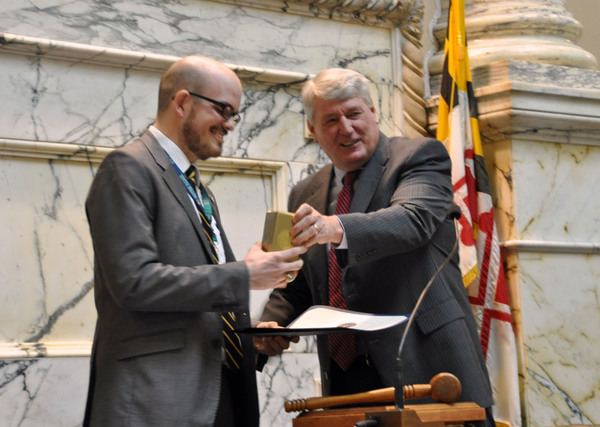 Anyone who has worked in journalism, at any level, has similar stories and, even today, would probably tell them with more laughter than concern. At a small daily, you shrug off the snide nicknames or remarks strangers make when they find out who you work for. Journalists at such papers generally fall into two categories: the young writers just starting out and hoping to flip a gig of 12-hour days and low pay into a job at a bigger media outlet, and the mid- to late-career editors who, through either circumstance, bad luck or a genuine love of community news, will be there tomorrow, and the next day, and for as many years as the shrinking newspaper industry allows.

The journalists killed at the Capital were in that latter category. Besides Rob, the two I knew best were Gerald Fischman, an editorial writer who, in a room full of noise, communicated almost entirely via Post-It notes; and Wendi Winters, who could write 5,000 words on a high-achieving teenager and brought unlimited enthusiasm to some of the worst drudgery in local reporting.

During my four years as a state government reporter for the Capital, I walked up and down Annapolis’ Main Street countless times. There was an unblinking surrealism to the vigil organized there in honor of the shooting’s five victims, with hundreds of mourners carrying candles down that brick-lined street to the dock where I had once proposed to my wife, another Capital journalist. We had pictures taken there on our wedding day.

I’ve found myself revisiting many of the books and songs of my childhood over the past few months — perhaps a symptom of new fatherhood, perhaps for comfort in an uncertain time — but lately, one refrain in particular has stuck with me.

We live at the whim of so much that is outside of our control. And, at this moment, I feel particularly powerless.

The Capital murders were the United States’ 154th mass shooting of 2018. They came a few days before scheduled protests over family-separation policies at the U.S.-Mexico border and concurrent with the news that white supremacists had planned a rally to celebrate the fatal anniversary of the 2017 violence in Charlottesville, Virginia. Despite these distressing and important stories, much of the week’s news cycle was instead devoted to debating the merits of denying restaurant service to a high-profile member of the White House staff.

I try to avoid the chauvinism of believing your own time is more fragile or perilous than the past. But there is a wild, incoherent and disproportionate cruelty to this moment, an inability to correctly identify our society’s power dynamics and describe in clear-eyed terms who is really hurting who; who is really being threatened by our words and actions; whose lives, and not just whose comfortable lifestyles, are really being endangered.

You could call up any number of laws and charts and graphs to show that our society now is “better” than it used to be. I can’t argue with the basic premise that, in bits and pieces, America has had something of a positive trajectory in my lifetime. But lives are not lived in the aggregate. They are lived individually. And if a sickness is as old as time itself, that doesn’t mean it can’t become more malignant and mutate into something worse.

For too long, we have all told the sky what we are going to do. Now, at long last, it’s time to ask it, together, for mercy.

Liam Farrell is a writer who lives in Maryland. The former alumni editor for Notre Dame Magazine, he worked from 2007-11 as the state government reporter for the Capital in Annapolis.