I think you should vote for Hillary Clinton.

Do you trust me right now? Do you trust that I, as a journalist, am fair in my reporting and that I am going to give you full, accurate stories, presented in a neutral way? 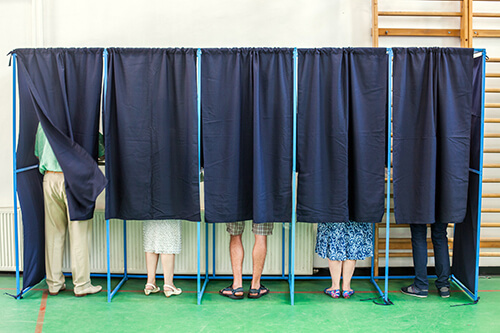 Actually, I think you should vote for whomever you want. And, since I am not a United States citizen, I will point out that I will not be voting.

Do you trust me a bit more now? I would think so.

Many news outlets in this country endorse political candidates. They argue that such endorsements shouldn’t have any bearing upon how much we trust them as news sources. The fact is that newsrooms function apart from the editorial boards that make endorsement decisions, so these media entities might feel justified when they insist that the quality and integrity of their journalism can still be trusted.

But do you feel that way? Consider that Dwight D. Eisenhower is the most recent Republican presidential candidate to receive the endorsement of The New York Times — meaning that not only in my lifetime, but in my parents’ lifetime, the “newspaper of record” has endorsed only Democrats. Do you think this means that Times reporters lean at least somewhat to the left?

The New York Times happens to be what I read every day, and I don’t find its reporting to be particularly biased. But I know many people think it is — and they won’t read the paper. They don’t trust it. Why, then, does the Times’ editorial board make political endorsements? Aren’t they blocking themselves from reaching a population of readers with what I believe is good news coverage?

In Denmark, where I am from, the media do not endorse candidates for any political office, ever. We also don’t have a two-party system, which probably has something to do with this exclusion of political endorsement from the essential services of a news organization. Whatever the reason, I think the news business is better for it. Yes, newspapers may lean more toward one end of the political spectrum than the other, but not to the extent I see in America. In Denmark, the party press is a thing of the past.

Are endorsements journalism’s biggest problem? I don’t think so, because there is actual — not just perceived — media bias out there. When we watch Fox News, for instance — and especially if we let that be our only or even our main news source — we choose not to get a full perspective. Instead, the stories are told to us in the way we want to hear them. That’s nice as news consumption goes, but it leaves us unable to understand people who are not like us, and makes it harder for us to have a meaningful discussion with them.

But the problem does not only belong to Fox News and the right. Recently I read a story on The Huffington Post under the headline, “For No Reason At All, Donald Trump Wants President Obama’s Half-Brother at Final Debate.” The reporter writes about Donald Trump’s inviting Malik Obama to attend the third presidential debate in Las Vegas as his guest. As with all of the Donald Trump coverage published on that news and entertainment website, an editor’s note appears at the end of the article:

”Donald Trump regularly incites political violence and is a serial liar, rampant xenophobe, racist, misogynist and birther who has repeatedly pledged to ban all Muslims — 1.6 billion members of an entire religion — from entering the U.S.”

It’s unusual for a news medium to go so far. I don’t think it is appropriate to include such a note at the end of an article, though I admit that often the implication of an editor’s note is that it doesn’t necessarily shape or inform the reporting that appears above it.

But in this case the journalist appeared to take the same point of view, describing Trump as “easily triggered” and subtly calling Malik Obama and Donald Trump losers:

“Trump may soon have something in common with Malik Obama,” he wrote. “HuffPost Pollster shows it’s likely the magnate will lose by significant margins come Election Day, much like when Malik Obama lost a bid for a Kenyan governorship in 2013, also by big margins.”

An opinion writer might argue all of those things, but when journalists substitute debatable opinions and assumptions for the hard work of reporting (Trump invited Malik Obama for “no reason” at all?), the result undercuts the value our profession has long placed on fairness and accuracy. We fall short of the goal of properly informing the electorate, and democracy suffers.

Journalistic bias, real and perceived, feeds the creation of new media outlets that exist only to try to balance or negate opposing points of view, creating a downward spiral of reporting spin. And that’s bad news.

Many people in Denmark perceive Americans as stupid and uneducated, despite the fact that most Danes from my parents’ generation, especially in the part of the country that I am from, did not go to college themselves. Obviously the “stupid American” is an unfair stereotype. Most people I have met in my visits to my adopted home have been educated and smart. But I do see something in the U.S. that I rarely encounter in Denmark: People, even those with college degrees, who make no effort to seek out unbiased news. They know what story they want and they get what they’re looking for.

No wonder this country is so polarized.