A few months ago, I was invited on an all-expense paid trip out of the country for spring break. Sounds a bit exotic, doesn’t it? The Notre Dame chapter of Global Medical Brigades planned to take 34 students, five volunteer doctors, one dentist and a dental hygienist to Nicaragua to provide basic health care. The problem was they had no chaperone from the university to accompany them. No chaperone, no trip. So one night my daughter called from a club meeting with a hint of desperation in her voice, and I jumped at the opportunity. 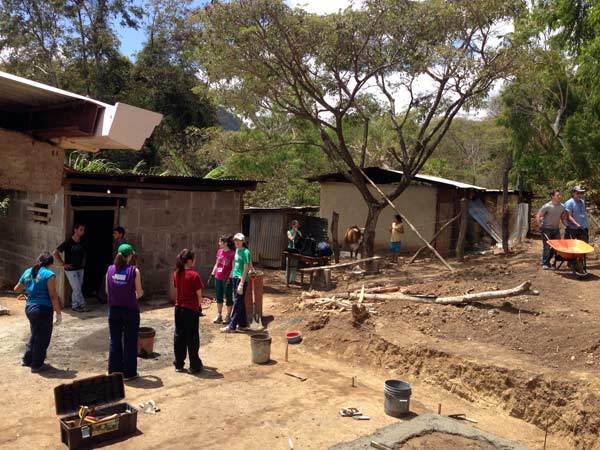 “I’d love to!” I told her, as my husband sat there utterly shocked. I read his mind: “You? The one who hates campground bathrooms so much you dehydrate yourself so you won’t have to use them? You want to spend a week in rural Nicaragua in the midst of poverty?” Then I reminded him I was the one who had always dreamed of joining the Peace Corps but never had the guts. It would be glorious. Heck, I could hack seven days of roughing it.

And in fairness, the trip was exotic. While the scenery was inspiring, the poverty was not. The schedule was brutal at times and took a toll. Many of the adults and students battled Montezuma’s revenge, and the students routinely collapsed into sleep during the long bus rides each day. But I never heard a single complaint. They learned and spoke Spanish as if their lives depended on it.

We arose each day around 6:00 am, and they often didn’t finish their work, whether it be sorting medicines or documenting patients seen, until almost midnight. After assisting 1,055 patients in three days, the group shed their scrubs and picked up shovels and trowels to build showers, laundry stations and gravity flush toilets for a rural neighborhood. 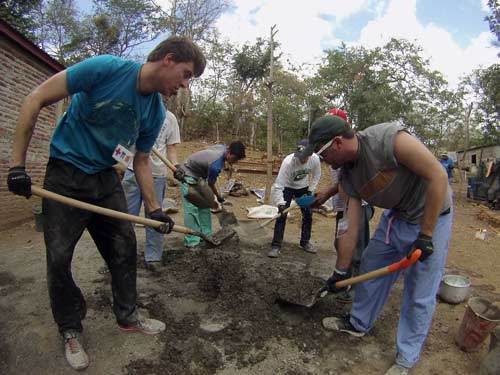 From day one, I stood back and let them run the show wondering how it would unfold. They were 34 over-achievers, the best and brightest who were each accustomed to being the leader and doing so with great success. This could get tense in such a foreign environment.

But every night when we gathered for a reflection of the day’s experiences, their quiet observations about themselves and the Nicaraguans impressed me over and over. When they called on me, I told them the Gospel of Luke had been floating through my mind. “From everyone who has been given much, much is required.” I confessed to them that I had high expectations from every one of them going into this trip, including the physicians. But those expectations weren’t merely met; this group swiftly hurdled above them with determination and confidence. Honestly, I’d go to any one of these students if they become physicians one day.

Though they didn’t know each other well at the outset, they worked together practically seamlessly by the second day. No sniping, no disagreements, just get up, get out there and go to it, each one vowing to raise the money to repeat the trip next year. Our small group of adults agreed — if this is the future, things look pretty bright.

Here are some of the moments they remember most:

The Global Medical Brigades trip fostered community so quickly. We saw a variety of living conditions and so many patients. On day two, we were running our educational charla (a teaching session) with the kids. We were teaching them how to brush their teeth and did so with a big song and dance circle. We made up this silly song and all the kids’ faces lit up. They had a blast, and I’ve never had a better time making a fool of myself. 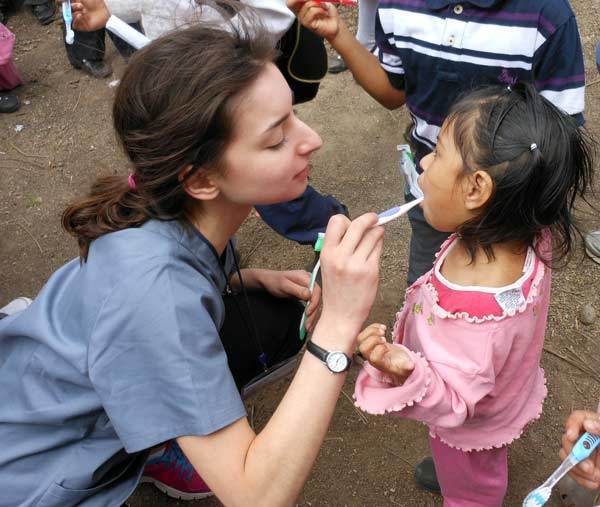 On the second day of our medical brigade, I worked the triage station all morning, taking manual blood pressures of every patient who passed through. Triage is a hectic place to be; our team was discussing history and symptoms, taking heights and weights, and checking in patients from the seemingly never-ending line. When it was time for lunch, we were told to cut off the line. Just then, three kids came up to the triage table, clearly excited to step on the scale, stand up to the tape measure, and let us write their information on the health sheets. We were supposed to turn them away, but we looked at each other and knew immediately there was no way we were leaving these kids waiting on the bench. With our team working together, the three kids flew through triage and were set to go to the line for the doctors. I’ve never seen three young siblings so excited to be at a medical center and we all channeled this energy into our philanthropic mission. This was our mentality the whole week; do what needs to be done, put our own needs aside for a moment to help others.

One of my favorite stories from the public health portion of the brigade in Estelí was sitting on the fresh concrete floor in Casa Tres. I was with the female mason and one of the adult daughters of the homeowners, giggling as they teased me asking if they could set me up with a good-looking Nicaraguan boy. According to them, I could force the chicos to become hombres with my American confidence. We proceeded to exchange ideas about our ideal type of man, acknowledging the apparent influence of our respective sub-cultures. What we did share, however, was a kind of laughter and joy that abounded from our common humanity —which, I have since come to realize — should not be lost in the limiting factors of time and money in medical service. 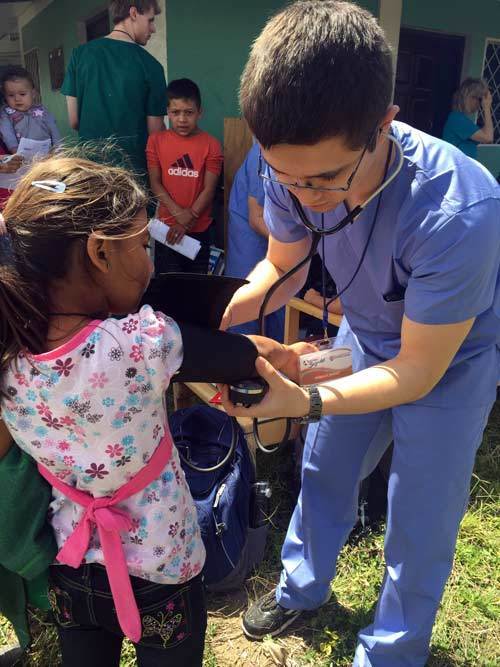 One of the most memorable moments during my trip was during the public health portion, where we were built an eco-friendly latrine and a septic tank. The process of constantly mixing concrete in the humid, 90-degree weather was an incredibly humbling experience, even for a kid from the arid deserts of Arizona! Resting in the shade after mixing a mess of concrete, some of the children called me over, and they handed me a notebook. Perplexed, I opened the notebook, and the title of the page I viewed stated, _Palabras de Íngles, or English Words. I realized the children simply wanted me to write some English words for them, and I proceeded to take it a step farther by translating my native tongue to Spanish. We then practiced these easy common words and phrases, and it was a joy getting to know these children through the language of my heritage. I will always remember myself when the children mimicked Arnold Schwarzenegger with the phrase, “Hasta la vista, baby.” I appreciate all that they taught me, especially that you can love completely without complete understanding.

For me the trip was like a retreat. Leaving behind the Internet, phone, and the constant bombardment of texts, messages, and emails was liberating for me. One thing that really struck me and that I couldn’t explain was the unbelievable amount of energy and enthusiasm I had each morning. For a person who definitely struggles to roll out of bed for 8:30 classes, I was waking up before my alarm ready for another long but rewarding day. The best feeling was collapsing into bed after a long day running around the clinics or working hard on the construction projects.

Beth Grisoli is the director of multimedia services at the University of Notre Dame.