Maybe Tasha Alexander, the pen name of Tasha Gutting Grant ’92, should have been born in the 19th century. You might think so when you consider that the first books she was inspired by, the Little House series, and her present New York Times bestselling success, the Lady Emily series, are both from that slice of time. 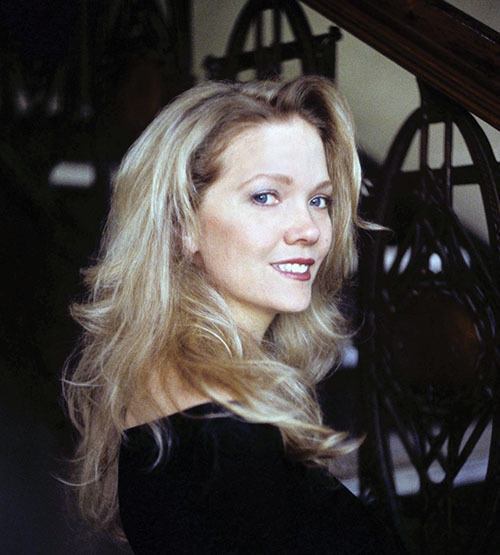 However, when you consider the spirit of both Laura Ingalls Wilder and Emily, you realize Alexander isn’t in love so much with the antiquity of the era as the boldness of those who tried to lead it forward.

And it took some guts of her own to even become an author to begin with. “I was once a pharmaceutical rep — and not a particularly good one — and I wanted to be a writer,” says Alexander. “I talked about it for a long time. I went to school and I talked about it. I had a child and I talked about it. . . . Then finally I said: ‘I need to do it.’” So, as a stay-at-home mother with a toddler, she did.

It was one thing to write her self-proclaimed Little House imitations when she was growing up, but it’s far different to attempt to find your original voice. “I didn’t know how realistic it would be to get published or make a living at it, so it was important to pick something I’d enjoy writing,” the 43-year-old author says. “That way I’d have a good time even if it was just for me.”

Alexander admits to not having the whole story mapped out for her first book but knew she wanted to focus on the late Victorian period — a way of life that would be virtually wiped out by World War I. “There were many interesting things going on then,” she says, including voting rights issues and class differences. “I thought it would be interesting to have an aristocratic woman in society pushing for change. How a wife could live just fine but know change must happen.”

When Alexander finished that book in 2003, the next step was to get an agent. It was early on in the process that she found a champion. “I sent a query copy and pasted the opening of the book — not really the best way to proceed, but I figure if I don’t hear back from her then you query the next person,” she says. “Anne Hawkins emailed me, wanted the manuscript and took me on. It was amazing to be with the oldest literary agency in New York. They had represented Jack London and Willa Cather!” Then came Hawkins’ notes and revisions, as well as the wait for a publisher.

And the rare outcome. Within two weeks, Alexander had a book deal.

Her agent believes Alexander’s winning character, Lady Emily, was the key. “She’s a Victorian lady, but she is also iconoclastic for her time because she has real intellectual interests,” Hawkins says. “In the first book she decides on her own to learn Greek, which no woman of her station would be doing. She’s opened her eyes to so many things through the series — poverty, the disenfranchised, to the point of being a part of the anarchists. She’s a Victorian woman but also one that modern women can relate to.”

Alexander made sure not to judge Lady Emily by 21st century standards. “You have to be true to that era and not let the writing question so much why a character would put up with certain things. You can’t say, ‘How could they think that was okay to do? I would never be a part of that.’ It’s easy to do that because we have hindsight that they didn’t have.”

Overall, Alexander’s philosophy for captivating writing is to always remember to strike a balance. “If it tells a good story and does it well then usually it will be entertaining — but history told well really can grab you even more. You try to use historical details but not oversaturate the book where it drives down the narrative.”

She also learned early to avoid the mistake of getting too caught up in what is often visualized as the writer’s life. “You don’t need the perfect desk or the perfect view,” she says. “You can write anytime and anywhere you want.”

It helps that her husband, Andrew Grant, is also a writer; he pens the David Trevellyan spy series. “My husband and I talk about book ideas, plot dilemmas, research issues and always are each other’s first readers,” she says, adding, “Many people assume it’s difficult to have two writers in one house, but that couldn’t be further from the truth. Only another novelist can truly get the quirks of the profession.”

Her prolific writing and popular following eventually helped the Chicago-based Alexander go Hollywood — sort of. Writing a novelization of the movie Elizabeth: The Golden Age starring Cate Blanchett required a change of thinking.

”Everyone knows Hollywood doesn’t have a great reputation for always being historically accurate, yet the studio actually contacted the publisher because I had a reputation for accuracy,” she says. “It was an adjustment on some things. For example, Sir Walter Raleigh didn’t single-handedly defeat the Spanish Armada — he wasn’t even at that battle. We went back and forth, and they put me in touch with the historical consultant on the film. He was a Cambridge-trained historian — and he said not to see it as a documentary but as a character study of this woman. That made some sense. And, I had to be honest in that they really nailed Elizabeth’s character. She was impetuous, huge mood swings and smart. It also made sense that they had to meld some things — like the love interest.”

Adds Alexander, “Another person even said I should look at these kinds of stories as a gateway drug for getting people interested in history. I could see that, too. . . . In the end, it worked out brilliantly — I was able to comb through historical facts, see letters Elizabeth wrote and find a common ground between how I would write a novel and go about this.”

Even though the book, published in 2007, was a different experience in some ways, again Alexander was delving into the past. Though historical fiction is clearly a strength of hers, could a contemporary story ever find its way into her catalog? “It would be fun to not always have to worry about anachronisms and say whatever I feel,” she says. “Maybe someday I’ll do half contemporary, half historical — who knows?” 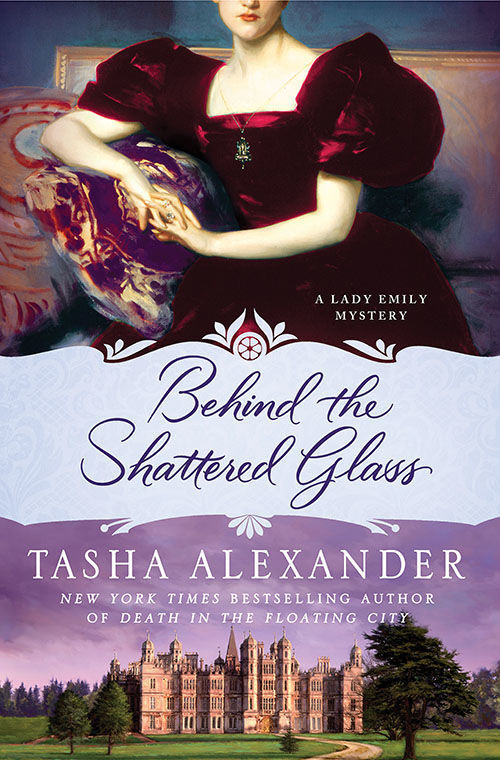 What she knows for now is that she’s quite content to continue the adventure with Emily, a new installment traditionally premiering each October. This year’s, Behind the Shattered Glass, is the eighth in the series. “The readers enjoy it, the publishers want it — I’m happy doing it.”

She’s also happy to continue to spend so much time with her family; that toddler, Alexander, is now in high school (and yes, he’s where she got the pen name). One thing her son did not get was a childhood spent roaming the campus of Notre Dame. The author is the daughter of two ND philosophy professors — Anastasia and Gary Gutting — and, she says, “I am convinced that spending so much time in a place full of academics and intellectual ideas is the best possible way to grow up.”