First, I feel a strong disclaimer is necessary: I am not expressing any commentary or opinion on the 2016 presidential election or on current or past presidents. I take my job as visual documentarian of Notre Dame very seriously. I always try to remember I’m working for the people 75 or 150 years from now who will hopefully have a rich record of the people, events and general goings-on of the University of Notre Dame during this era. 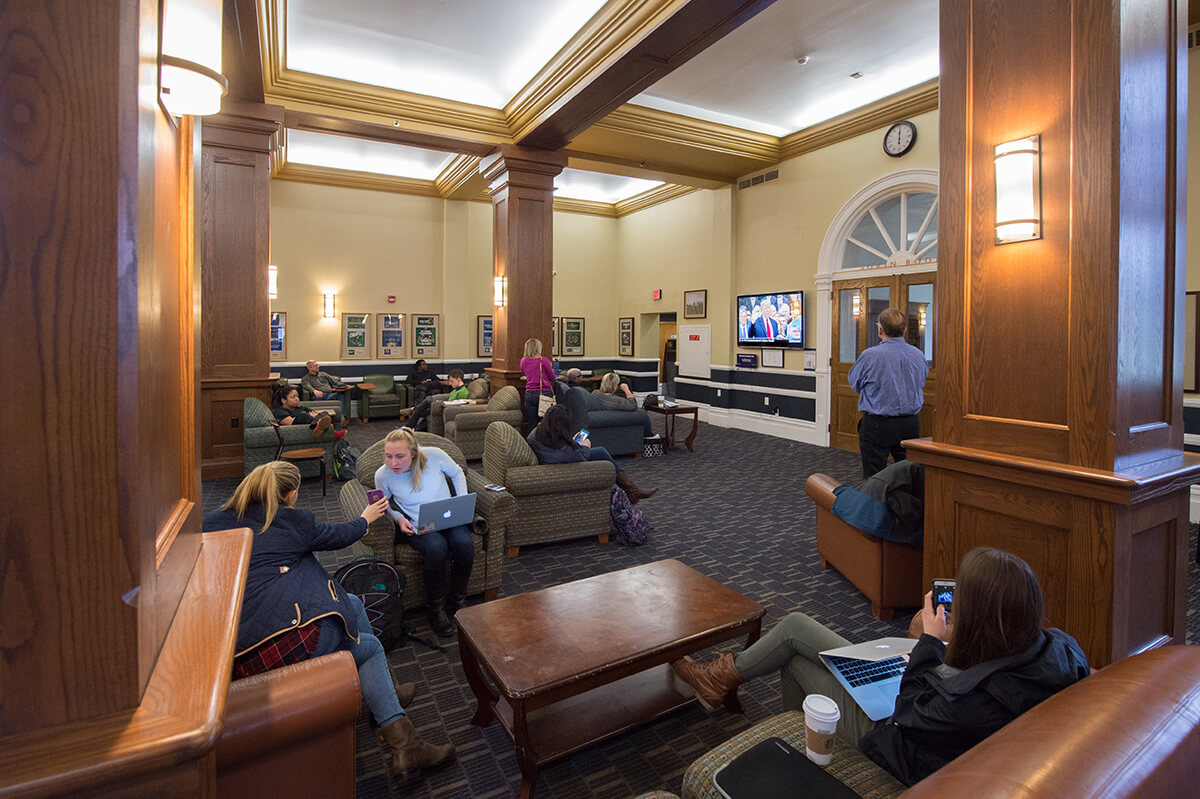 With that in mind, I was curious to see how the campus observed the historic milestone of a presidential transition. Eight years ago I stood in a corner of the LaFortune main lounge and photographed students, staff and visitors watching the swearing-in of President Barack Obama. I recently retrieved that photo from my archive with the thought of re-visiting the same spot as President Donald Trump took the oath of office. (For a comparison, click on one of the two photographs in the gallery below.)

The lounge configuration had changed enough that I couldn’t stand in the exact same spot, but I took note of the lens I used in 2009 and the general framing of the picture, and tried as much as was reasonable to keep everything the same as eight years ago.

Big difference. Any number of reasons why. Eight years ago there were smart phones, but live streaming video was not yet an everyday thing. Today, of course, it’s easy and convenient to have your news outlet of choice in the palm of your hand: Not as much need to gather in front of a television. January 20, 2009, was a Tuesday. January 20, 2017, is the Friday of the first week of a new semester. Students this year may have decided the classroom was where they needed to be.

Whatever the reasons — apathy, technology, political opinion — the difference between the two Inauguration Days was remarkable.

That said, next door to LaFortunte’s main lounge, inside the Montgomery Theater, the College Republicans hosted a get-together to watch the inauguration on a big screen. I’d guess about 20 to 30 students were on hand. An audible cheer went up as Trump finished taking the oath.

Matt Cashore is senior university photographer at Notre Dame and a frequent contributor to this magazine.