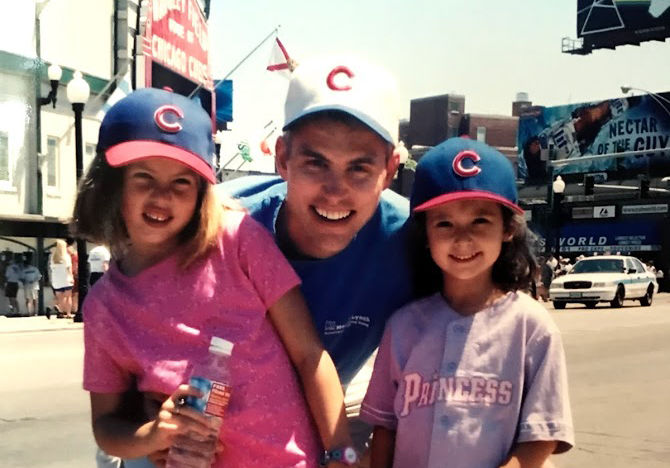 Over the years, the South Shore Line has provided a critical link between the author's hometown of Chicago and her college town, South Bend.

There’s nothing like two hours spent looking wistfully out a train window to inspire some over-contemplation.

As a new semester at Notre Dame begins — the third since my graduation — I have found myself reflecting on an institution that accompanied the start of nearly every semester I spent in South Bend: the South Shore Line. Being from Chicago (cue a collective “really?!” from the friends who heard me talk constantly about the place), the train connecting my hometown and my college town was a major part of my life as an undergrad. I’ve hopped on the South Shore at the beginnings of semesters and at the ends, at school breaks, and on nights when I just needed my mom’s cooking and my own bed.

It was on this train that I decided I wanted to switch my major from economics to political science, and where I first discovered the Hamilton soundtrack (which, at two hours and 22 minutes, is almost the exact length of a South Bend Airport to Millennium Station ride). Along the way, I sat next to wacky characters, friends I was in various stages of getting to know, and, on occasion, members of my own family.

My younger sister, Caroline, started at Notre Dame when I was a junior, and one weekend shortly after her orientation, our parents invited us up to our lake house. The house is conveniently located a short drive from the South Shore’s third westbound stop, so this seemed like the perfect opportunity to show my sister the ropes. After her Friday classes and my Friday nap (freshman year vs. junior year!), we and a family friend boarded the afternoon train. I’d never taken the train to the lake house before, but I figured it couldn’t be any harder than taking the thing end to end. Turns out I was wrong! As you may have seen coming, we missed our stop. We ended up stranded in Michigan City — not too far from our final destination, but far enough that my lifesaver of a mom had to come to what felt like the middle of nowhere to pick us up. We haven’t missed our stop since.

In the intervening years, Caroline has had her own adventures on the train. As Wrigleyville natives and Cubs fans since birth, both of us were excited for the 2016 World Series, but she in particular insisted on getting home for the victory parade. The only problem? She had one of her first dorm dances that night.

“It literally was not even an important SYR or anything,” she recalls, “but I was convinced that I had to go, because if I didn’t, then, like, how was I gonna make friends?!”

After taking the train into the city to catch the parade, she returned to Millennium Station a whole 30 minutes early for her return trip — only to find the typically empty platforms crawling with Cubs fans trying to get back to South Bend. She nudged herself to the front of the pack, where a guard told her in no uncertain terms that the trains were full.

Distraught at the possibility of missing her big night at St. Ed’s, she began to cry — until a station employee approached her.

Just step over the line,” she whispered.

Caroline remembers thinking there was no way it was going to work, but after some nudging, she sprinted onto the train, down the aisles, and into a vestibule at the end of the car, figuring that if someone chased after her, they would have lost her in the crowd of people. No one did.

“I literally just sat on the ground and hoped no one would yell at me,” she remembers now. “And made it back in time for the SYR.” 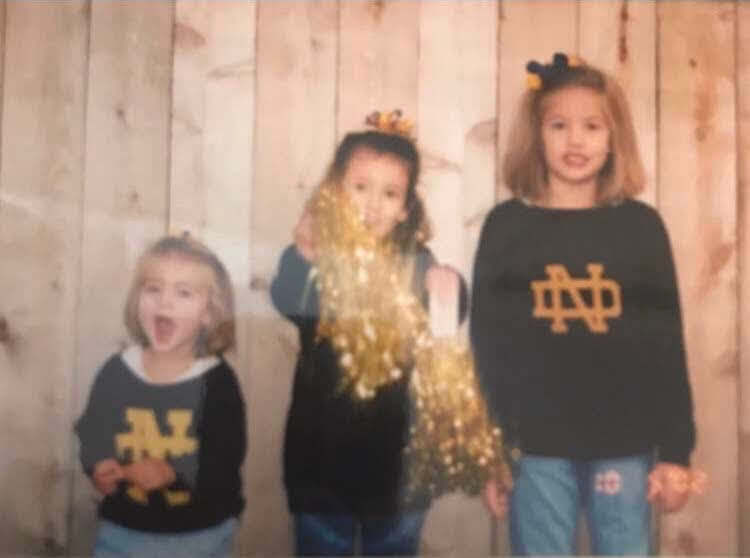 The O’Grady sisters — including Alexandra, a current sophomore who somehow managed to learn the ropes of the train without my dubious “help” — aren’t the only ones with South Shore Line stories. In fact, if you’ve ever taken the train, you’ve probably emerged with one of your own. Maybe it’s just that you couldn’t find the bathroom and texted me incessantly about it, like Greg Hadley ’16 did — prompting me, several years later, to realize that our entire friendship might be built around this one anecdote. Maybe you’re one of the hundreds of seniors who, saddled with a hangover from hell, piled on to the train after the traditional Senior Week river cruise in Chicago, year after year. Perhaps your stories are less enjoyable, like those of Dan Hopkinson ’19. Every member of his immediate family, he says, has thrown up on the South Shore at some point, leading the family to re-christen the train “The Vomit Comet.”

The stories go on. The 30th-birthday group giving out free margaritas at 10 a.m. The late-night train whose aisles were free of people but, inexplicably, full of General Tso’s chicken. Indubitably, the people-watching is fantastic.

In the end, most of my South Shore rides — and those of most people, I’d guess — are fairly meaningless. Tending as I do toward the dramatic (cue those shocked friends again), I try to place meaning on them all, but I know that not many earth-shattering things have happened to me on the rails.

But that’s kind of the fun of it.

Insignificant as it may be, the train always made it feel as though things were drastically important — and I think it does for others, too. My sister recalls making playlists just for gazing out the window at the passing cornfields. I remember contemplating the beginning or end of a semester and contemplating what each new chapter meant. It was all pretty meaningless stuff — worries about classes, worries over how much older I felt like I was getting, worries about the future — but each ride cemented the South Shore into my life.

Over the Fourth of July this year, I took the train from Chicago to our lake house and was hit with a familiar twinge of nostalgia, not unlike the kind I feel when I make it back to campus. Fortunately, I remembered my stop this time.

Rachel O’Grady is a recent transplant to Atlanta, where she works as a marketing analyst in the automotive industry.