Jeff Burks ’97 is a man of no illusions, a quality we should all find attractive in our accountants — especially at tax time. Notre Dame’s Viola D. Hank associate professor of accountancy understands, for instance, that “accounting can be boring for the layperson.” 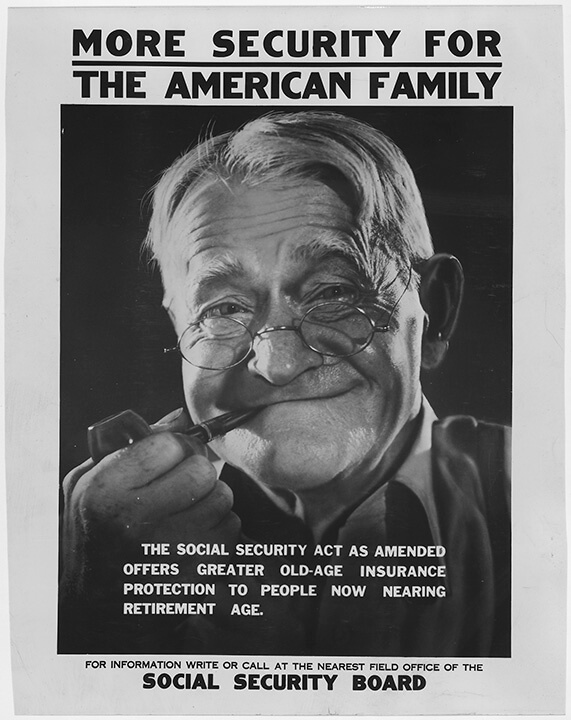 Maybe boredom explains why we’re not paying attention to what’s happening right now with Social Security and Medicare, the subject of a lunch-hour presentation Burks made on campus a few weeks ago. If so, it appears our indifference will cost us.

The bottom line: While most well-read Americans know that the United States’ national debt has rocketed above $19 trillion and appears headed for the exosphere, few of us understand what our collective indebtedness really means.

I’m among them. So, while pausing a moment with that burden of uneasy uncertainty, here’s something else Burks wants people like me to know: Unfunded obligations to our country’s two holiest and most frighteningly massive social welfare programs — the proverbial third-rails of our national politics — will cost us and our progeny an additional $47 trillion over the next 75 years.

Tack on another $3 trillion in underfunded state pensions, and that’s $69 trillion we Americans have collectively agreed to pay, both for goods we’ve already received — what we typically think of as “the national debt” — and for the provisions we’ve committed, through our “untouchable” social insurance laws, to making for our senior citizens.

A great big $69 trillion IOU to ourselves, you might say. Payable by our future earnings, whatever those might be.

Big deal, you say. After all, few people reading this will be around 75 years from now when, I hope, my children will be visiting and playing with their own grandchildren. But if we want our kids to look forward with any confidence to a long and healthy retirement, one protected from expensive illness and indigence by the same safety nets we regard as sacrosanct, Burks says we have some painful decisions to make. Like, now. Because that $69 trillion isn’t holding still, and it already amounts to a $500,000 “lifetime burden” in payroll taxes per U.S. household. Again, assuming we don’t want to sell ourselves and our posterity short.

Half a million dollars. Think of it as the mortgage you have to pay on a sweet vacation home you’ll never see — my metaphor, not Burks’. That’s not boring. That’s depressing — and downright impossible for most families. We’ll simply never make enough money to foot that bill.

Yet it’s also the reality. Burks delivered this bad news to a full room at February’s “Life Lunch,” a series of noontime lectures presented by current and past University Life Fellows of the McGrath Institute for Church Life, who spend a year thinking about the links between their research interests and topics in human life and dignity.

Burks’ work typically delves into the high-stakes arcana at the intersection of corporate financial accounting and public policy. He chose to devote his McGrath fellowship to exploring the dynamics of our social insurance policies — the connections between falling birth rates, rising life expectancies and the steady decline of the number of workers paying into Social Security and Medicare relative to the number of those programs’ beneficiaries.

Up until about five years ago, Burks said, the payroll taxes supporting these programs paid for them in full and even generated a modest surplus. As you’d expect, that surplus was set aside and safeguarded as the vast armies of Baby Boomers marched toward retirement. Uh, right?

“No,” Burks reports. “It wasn’t.” Surpluses were transferred instead to the government’s general fund, where they were spent, he said. Social Security and Medicare are essentially cash-in, cash-out operations and now, thanks to demographic trends — smaller families, fewer people entering the workforce, longer lifespans — we’re approaching that era of regular deficits that policy experts have been trying to warn us about. Fertility rates have dropped to 1.86 children per woman in 2014, well below the 2.1 kids that, accounting for child mortality, is considered “replacement rate.” Meanwhile, those of us who reach age 65 may now expect to live to age 85, five years longer than we would have in 1960.

“That’s a good thing,” Burks was quick to point out. But it also means that the number of workers paying in to the system for each beneficiary who receives from it will drop from 5 in 1960 down to 2 by 2040. Ergo, less cash in, more cash out.

What can we do? Burks says our policy options form a long list of ideas that Americans don’t like. See what you think: We can, for instance, raise the retirement age, raise taxes or pare back benefits. (That last one is especially unpopular with people over 65, currently the nation’s largest voting bloc, especially as health care costs continue to climb.) We can impose means tests on beneficiaries that determine who needs public support and who doesn’t (good luck drawing that line), grow the economy (easier said than done) or privatize the programs in some fashion (please stop screaming). 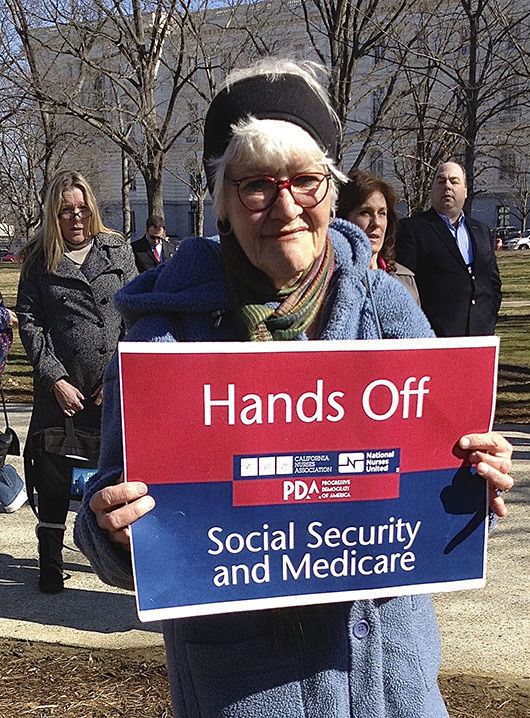 The ugliness of that menu may account for the lack of political momentum on the issue, which was virtually ignored during the 2016 national election. Voters were as silent as the candidates. While 60 percent of retired Americans reportedly rely on Social Security checks for half or more of their monthly income, Gallup polling repeatedly found that fewer than 1 percent of the electorate felt that either Social Security or Medicare rated among the nation’s most important problems. Politicians who even mention the issue, such as House Speaker Paul Ryan of Wisconsin, face smear ads like one that first showed him “throwing granny off a cliff” in 2011, and which has become a staple for anti-reform activists on social media ever since.

Yet we really need to talk, or that specter ironically runs a greater risk of becoming reality.

Some combination of those unpleasant fixes might readily shore up Social Security, which currently accounts for about $10 trillion of the present value of that $47 trillion in unfunded liability. What really scares Burks is Medicare. For most Medicare recipients, quality healthcare is a necessity for survival. Most Americans can’t afford major interventions or long-term care without help. Spending cuts would likely mean hospitals dropping out of the program, which would lead to shortages and rationing of care.

“I think you can see how this all adds up to tremendous pressure to prematurely end the lives of the elderly. They can start to be seen as a major burden,” Burks noted. Already we see, he added, referencing the role of artificial contraception and abortion in the declining fertility rate, how Americans’ “closure to life’s beginnings creates pressure to speed life’s end.”

Burks doesn’t advocate for any particular solution, but he does think we need to give our politicians the rhetorical space to create a plan before we start savaging it. Meanwhile, he makes two suggestions.

One, save. Reject consumerism. Learn self-discipline and detach yourself from worldly things. You may be able to avoid dependency on Social Security and Medicare, and you may even be able to help others who need it.

Plus, one might add, Pope Francis would be proud of you.

Which brings us to his tip for students, particularly those at a Catholic university not known for the health of its dating culture: Learn about the value of a sacramental marriage and date with the creation of a strong and loving family in mind.

Not the kind of advice you expect to receive from your accountant during tax season, but it may be worth $69 trillion someday.

John Nagy is an associate editor of this magazine. Email him at jnagy1@nd.edu.