“We requested that the show end before parietals,” emcee John Garrett ’98 announced at the start of the Laughing Irish Comedy Show. The audience, drawn from those on campus for last weekend’s Notre Dame Reunion 2015, roared its approval.

The event’s four comedians — Garrett, Eric Hunter ’88, Jimmy Brogan ’70 and Michael Somerville ’94 — don’t perform together frequently, so it was a rare treat to see Notre Dame’s professional funnymen hold court for an evening in the DeBartolo Performing Arts Center, as each presented his individual set. 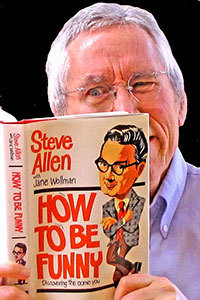 For Garrett and Hunter, gender politics was the operative theme. But these comics certainly wouldn’t use that academic description. So I’ll just call it men attempting to negotiate the minefield of relationships.

Garrett kicked off the topic by noting that he’s been married for five years: “Being married is great,” he said. “I have to say that three times a day, and then it comes true.” Over the years the former accountant has learned the business side of wedded bliss: He has 49 percent ownership, which means his wife has to ask his opinion but doesn’t ever have to take it.

Single guy Eric Hunter, whose parents recently celebrated their 45th wedding anniversary, is still seeking that elusive matrimonial connection. So he made a pitch to the single women in the audience, detailing his credentials, “hoping we might have a little in common.” His exhaustive list including such traits as “I love to put, like, 20 pillows on my bed”; “I’ve got a lot of candles in my house”; “I just won the lottery”; “I love to cuddle”; and “I love to sleep on the very edge of the bed.” If none of that tipped the scales in his favor, he also wanted prospective dates to know that his favorite TV channels are Lifetime and HGTV, and his brother runs a Häagen-Dazs franchise.

If I were still single, Hunter would have had me at “I just bought a little puppy.”

Women, Michael Somerville confessed, scare him, mostly because some of those he’s dated have demanded such things as conversations about feelings and long chats on the phone. One even expected him to talk to her dog. So unlike Eric the hunter, the commitment-phobic Somerville made it clear he’s not quite ready to change his single status.

What he would like to change, however, is his body image, which may require a move from his New York residence to the Midwest. “In Wisconsin,” the slightly pudgy Somerville said, “I’m considered chiseled.” He also bragged, “I lost two pounds on the take-off-your-shoes diet.” And as the years have passed, his original hope of “looking good naked” has changed: “Now I’m happy to look fine from a distance . . . when it’s dark.”

Jimmy “I’m not as hip as I look” Brogan ’70 eschewed a rehearsed act to riff on audience members’ responses to his direct questions, from the basic “Where are you from?” to “What do you do?” The comedic gold he discovered seemed to get off to a rocky start, when a young woman told him she hated her job working in private equity. “Is it a secret?” he asked and proceeded to turn the negative into a funny running commentary on career choices. For those who still might be despondent about their jobs, Brogan offered some advice a friend had shared with him 17 years ago: “If you’re depressed, go to Kmart.” Chances are, the friend had told him, you’ll be the best-looking person in the store.

Right now, I’m a bit depressed over this blog about the Laughing Irish. The comedians’ timing, expressions and energy — their essential funniness — doesn’t shine through these written words. I am left feeling a bit like John Garrett, who recently ran a half marathon. “By the time I was finished,” he said, “the winner was already back . . . in Kenya.”