Scott Russell Sanders stands behind the podium in the Hesburgh Center auditorium, a smallish venue, and reads from his latest project, yet unpublished — fictional stories to accompany a series of images by Peter Forbes, a Vermont-based photographer.

In one a little girl hangs by her knees upside down from a tree limb. In Sanders’ words the girl’s life unfolds in a charmingly poignant narrative carrying her into adulthood, into the world. 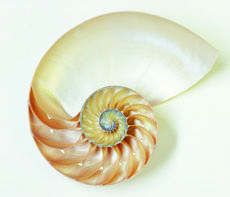 In another a man and a horse face in opposite directions. From Sanders we learn the man is a drinker who seeks solace in a bottle, grieving the loss of a son to war, finding his conscience in the reflection within the horse’s eye.

In another a shopping cart is filled with the inner tubes from old bicycle tires. It belongs, in Sanders’ mind, to a poor, solitary, enterprising urchin who gathers scraps and trash and discarded items to eke out a meager living in a threatening land.

In another, entitled “Sheep,” Sanders takes us along with the animal’s thoughts, a journey that is delightful, meaningful, incisive, humorous, profound.

There are a few others he reads which will be joined by still others which will gather into a book to be called Ordinary Wealth. “In a society obsessed with financial wealth,” the precis explains, “we may neglect the many forms of wealth that have nothing to do with money — the gifts of nature and culture and community that support us, enrich us and fill our lives with meaning and joy.” The book will “pay tribute to these vital gifts.”

Sanders, who was a distinguished professor of English at Indiana University, where he taught from 1971 until his retirement in 2009, has written more than 20 books. Some are novels, many are collections of essays, some are children’s stories.

He writes about home and our sense of place, about family and faith, the goodness of the earth, the evils of war, about justice and peace, hope and humanity, community and human nature. He writes good things. He creates a climate of thoughtful, solid virtue. The spirit pervades his work. Quiet, fundamental, upstanding. He writes with a determined conscience. Rightness.

During the question-and-answer period that followed his reading Sanders says things like, “Our well-being is inseparable from the health of the planet.” And that “the sheer abundance of seemingly inexhaustible resources” in this New World led to “an attitude about the earth that was toxic,” exploitative and “wasteful.” It was also a “violent society” that brought destruction to a people who had lived here “in balance” for 10,000 years. “We have now squandered most of the natural wealth of the continent,” he says, and now need to determine “how do we live in harmony with the land, the rivers, the trees, as a nation and as a species.”

When he is asked about nature writing, Sanders agrees that it is a distinctive American genre, explains that he simply “writes about being human living on the planet with the other species living on the planet,” and goes on to talk about how “an individual’s creativity is a manifestation of the creativity of the universe.” He notes that there are too few “public conversations about values,” and he believes all the recent emphasis on STEM education — science, technology, engineering and mathematics — should include the arts and be called STEAM.

There are issues within the province of the arts, humanities and culture necessary to the health of humanity and the planet, and the elemental virtues, ideals and principles are needed to inform the social compact. Sanders is more philosopher than prophet; he has a keen, wise sense of what’s going on. And what he sees is disturbing — though he is a proponent of hope and faith.

Sanders, whose reading was arranged by Notre Dame’s Institute for Scholarship in the Liberal Arts, closed his reading with excerpts from an essay he wrote for Notre Dame Magazine on beauty, published in its autumn 2012 edition. It was the 10th piece by Sanders written for the magazine (the 11th, on being neighbors, will come in winter).

“Whatever our philosophical or scientific or religious views,” he writes, “a close attention to beauty in the natural world ought to inspire in us an ethic of ecological care. It ought to make us live lightly. It ought to make us ardent supporters of laws aimed at protecting air, water, soil, endangered species and wilderness. Ought to — but frequently doesn’t.”

The essay concludes: “I will let the philosophers define what beauty is. But I think I understand some of what beauty does. It calls us out of ourselves. It feeds our senses. It provides standards for art and science, for language and literature. It inspires affection and gratitude. How then should we live, in a world overflowing with such bounty? Rejoice in it, care for it, and strive to add our own mite of beauty, with whatever power and talent we possess.”