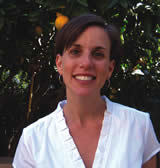 When one of her friends had a baby, Nicky Batill ’96 would produce the perfect gift to hang on the nursery wall: layered paper art scenes depicting the child’s name or initials, or maybe a fanciful depiction of a giraffe, elephant or cow.

After years of giving her paper art as gifts, Batill finally took the advice of those on the receiving end. “I think it was the 100th person who said ‘You really should sell these,’” she says, that finally convinced her to market the original artwork.

“I started small,” she says by phone from her San Francisco home. “I did a craft fair and had good response.” 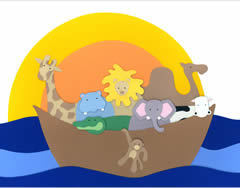 In 2007 she opened an online store under the name wee san francisco (weesf.com). She chose the name to commemorate the light-hearted and playful spirit of her work — “Whee, we’re having fun!” She also posted her original pieces on etsy.com, a global website featuring handcrafted products.

Recession or no, people started buying. While some chose designs from her website, where prices range from $35 to $200, most of her buyers asked for custom-designed work.

Batill’s whimsical artwork may look simple but, depending on the complexity of the scene, an originally designed hand-cut and hand-assembled piece can take up to eight hours to complete. She starts each new design, she says, “by researching any new animals, flowers or creatures that I might want to include, and I start sketching the idea by hand.”

She then turns to the computer, using Adobe Illustrator to complete the graphic layout of her original drawing. Once she prints that out, Batill traces the outlines, transfers each shape onto the proper color of paper and cuts out the pieces with an X-Acto knife. She layers the pieces on the background acid-free paper, using a nontoxic glue. Eyes and some other small details are created with varying sizes of circular hole punchers.

Batill’s business got a nice bump when she was invited to appear on The Martha Stewart Show in November of 2008. “I love the whimsy of your beautiful cut-outs,” Stewart told Batill during the show.

Even today, Batill says, she’s amazed that she made it through the segment, during which she showed Stewart some of the steps involved in creating her layered illustrations. “That experience was insane,” she says. “It’s one take, it’s live, it’s in front of an audience.” But make it through she did, and the show brought her “credibility and exposure” as well as more customers.

Batill still hasn’t given up the print production work she does for an advertising agency. She does hope, however, to eventually expand her paper art business. “I would love to license some of the illustrations,” she says, perhaps offering prints of her work that could be used as wallpaper or on baby books or T-shirts.

For now, her sideline business keeps her creative juices flowing and, as an added benefit, brings her happiness when she sees how happy the artwork makes her customers, who frequently order illustrated versions of a child’s name. “It sounds cheesy,” she says, “but it’s so heartwarming.”

Something else that warms her heart is living in San Francisco. The paper artist is the daughter of Stephen Batill ’69, ’70M.S., ’72Ph.D., a Notre Dame professor of aerospace and mechanical engineering. “I grew up in South Bend,” she says. “I think I was looking for sun.”