Disregarding the antiquated “no politics at the dinner table” rule, Notre Dame students have met regularly for “Pizza, Pop and Politics” discussions this semester. On April 18, over the smell of Bruno’s pizza and the sound of fizzing Coca Cola cans, some 40 of us discussed how Notre Dame students voted in the November election.

I’d come to the event to learn more about the political leanings of Notre Dame students — and get a free dinner as an off-campus senior — but it hit me that this might be one of my last opportunities to ponder Notre Dame while still a student. 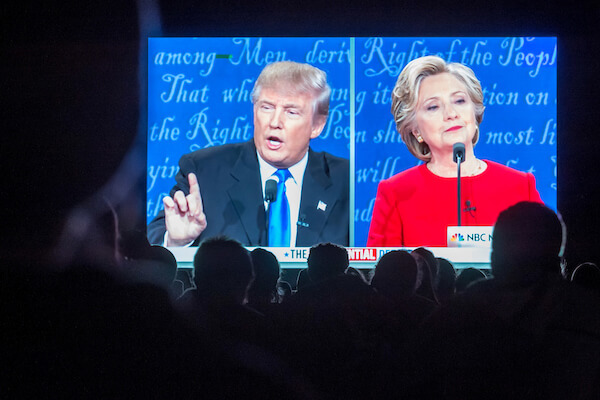 I chose a nearly empty table in the back of the Geddes Hall Coffee House and introduced myself to its two occupants, both freshmen, one of whom is a reporter for The Observer. I gushed to her about how important the outlet has been to me, socially and creatively, as a Scene section writer and editor since my own freshman year. The two girls plied me with questions about the life of a 21-year-old and my plans after graduation and I could tell my answers about bar-legality and my job search seemed distant to them.

As the conversation turned to politics and a few students stood up to make a presentation, I thought about some of my own role models on campus: my former editor at The Observer, a dedicated marketing professor, and the media adviser who helped me manage WVFI Radio this year — all of them women. I reminisced, too, on the leadership I have witnessed at the school and about my own experience as a campus leader — and a female leader at that. Needless to say, a smile crept across my face when I saw that 59 percent of the 3,000 Notre Dame students polled by the Center for Social Concerns two weeks after the election had voted for Hillary Clinton.

The smile stayed on my face while we considered a slide that broke down the campus vote college by college. It turns out that 69 percent of Arts and Letters students cast their votes for Clinton — the highest level of support for her on campus. On the opposite end of the spectrum, only 43 percent of students in the Mendoza College of Business voted for her.

I’m a business student, but I chose my minor in journalism before I chose my major in marketing. I frequently go unrecognized by the automatic soap dispensers and faucets in the Mendoza College of Business bathrooms, a scene that has caused me to panic more than once that “the bathrooms don’t even think I belong here, I’m in the wrong major.” Instead of participating in the Student International Business Council, I’ve pursued extracurricular activities like disc-jockeying for WVFI Radio and covering arts for The Observer. I like to consider myself removed from the “Menbroza” stereotype.

The Center for Social Concerns’ survey also showed that in 2016 the percentage of students who voted Republican as seniors was 50 points lower than among the freshmen. The students presenting the survey’s findings suggested that one potential cause for the decline might be the political independence that students gain from their parents after leaving home.

That hits home. I recalled my own experience of being bored by talk radio while sitting in the back of station wagons during high school carpool rides. This summer, by contrast, I listened to NPR podcasts every morning while riding the bus to my internship. I also thought back on how dinners with extended family have become more contentious since the argument I had with my grandparents over green beans and Ann Coulter freshman year.

One statistic repeated throughout the presentation was students’ concern about the economy. I admit this is top of mind for me, too, considering that getting a paying job is the goal of my Notre Dame education — a pursuit that has caused me an unseemly amount of stress while I’ve been at it. Combine job-hunt anxiety with growing up during the Great Recession and it makes sense that the economy was a major focus for young people as we headed to the polls.

Interestingly, although the economy rated as the most important issue for Notre Dame students as a whole, individual voters who weighted the economy highest among their concerns cast their ballots for Trump. Clinton voters consistently ranked the economy among their other priorities such as political scandals, foreign policy and the environment. Trump voters seemed focused on the economy and terrorism.

The discussion that night prompted me to realize what a transition I’ll soon face as I escape the Notre Dame bubble and head to Chicago, where no doubt I’ll encounter a wider range of political beliefs than the campus survey responses revealed.

Student Government’s mock election last November 2 showed a similar result: Clinton defeated Trump with 59 percent of the vote cast by 857 students. Sophomore Prathm Juneja noted strong patterns of “cluster voting,” which in Notre Dame’s case happens when three or more friends stop on their way to class in DeBartolo Hall and mark their ballots according to shared values and beliefs.

In college we surround ourselves with friends who, through memories forged and experiences shared, help shape our identity as we work our way toward our degrees. Those clusters will soon head their separate ways. I know I may not count on the people sitting next to me on the Red Line next autumn to share my politics — or to discuss them politely with me over pepperoni pizza.

Erin McAuliffe is this magazine’s intern for the spring 2017 semester.