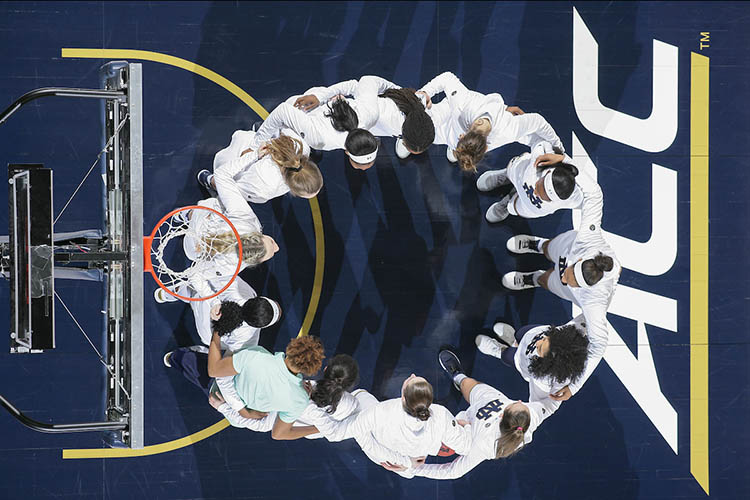 As tournament time approaches, we wanted to revisit this photo that University photographer Matt Cashore captured at a game in January, another big win where the ladies defeated Clemson, 90-37.

Led by Coach Muffet McGraw, the Fighting Irish have had a dominating season, which isn’t out of the norm for the historically impressive team. So far, the fifth-ranked Irish have only tallied two losses, both against other top-ranked programs.

Even though ACL injuries ended four players’ seasons in the past year, the remaining team members have more than stepped up to the plate. The Irish's lead scorer, Arike Ogunbowale, averages around 20 points per game, and she and Jessica Shepard both recently joined the 1,500-point club. Staple starters like Jackie Young and Marina Mabrey have also been critical to the team's success this season.

With only one more game left in their regular season — a home game on Sunday against North Carolina State — the Irish look forward to the approaching ACC tournament starting next week. After that, focus shifts to the NCAA tournament, where they hope to go a couple steps further than their Elite Eight appearance last year to bring home a championship trophy.