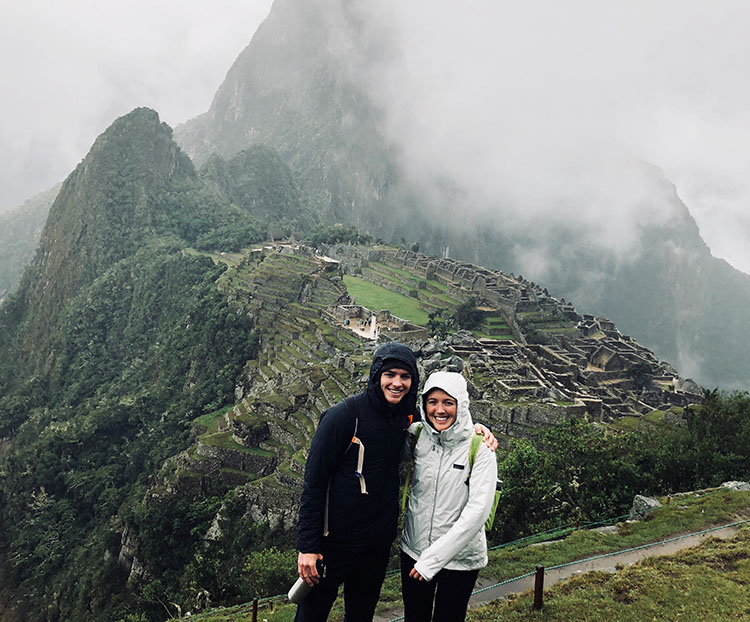 OK, OK, so Jules Verne’s protagonist only took 80 days — but one Notre Dame couple's recent voyage is no less impressive.

Following their wedding last October, 2014 grads Patrick and Marykate Shields decided to quit their jobs in New York City and take a once-in-a-lifetime journey around the globe. Inspired by a trip that Patrick’s cousin took with his bride in the early 2000s, the Shields’ travels spanned 27 countries and six continents in just under six months. The newlyweds (and the slew of Domer friends and family who occasionally met up with them) hiked a glacier in Patagonia, paraglided over New Zealand, played with elephants in Thailand, and climbed the ruins of Machu Picchu, as seen here.

The couple landed back in the States in early June and have settled in Chicago. To read more about their trip, check out their blog at shieldsnotes.com.