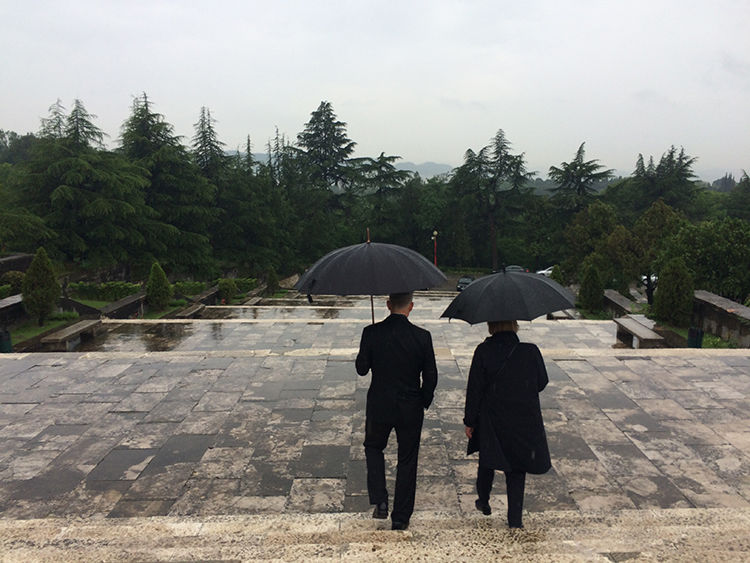 Our Photos of the Week have spanned countries from South Korea to Ireland, but this week’s dispatch comes from a slightly lesser-known foreign post: Tirana, Albania. Associate editor Sarah Cahalan spent the first week of May in this Eastern European capital profiling Archbishop Charles Brown ’81, the recently appointed papal nuncio to Albania.

So what’s an average week like for an ambassador of the Holy See? During the magazine’s visit, it included a gallery opening in a fallen dictator’s villa, a Mass on the coast attended by three minibuses’ worth of traditionally costumed folk dancers, a multilingual conference on interfaith dialogue, and wine and canapés with a sneaker-clad prime minister. Here, the nuncio (left) chats with German ambassador Susanne Schütz following a May 5 wreath-laying at Tirana’s National Martyrs’ Cemetery.

Stay tuned for the full story on Archbishop Brown in our autumn issue. In the meantime, check out all the highlights from our latest issue here.