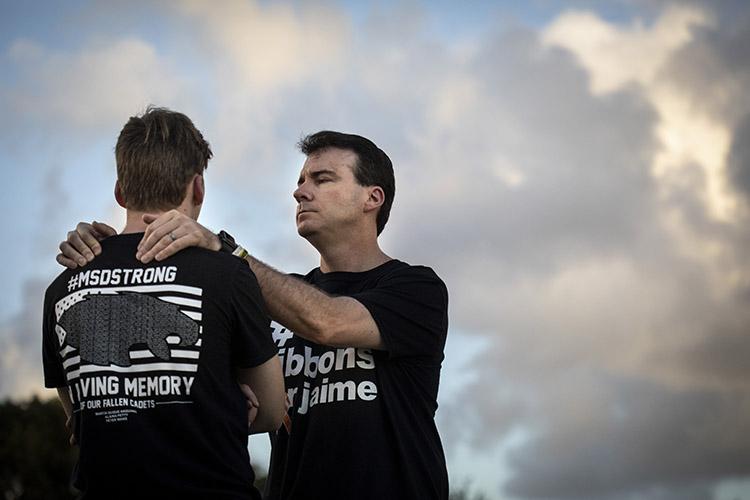 As Notre Dame students departed for spring break this week, the staff at Notre Dame Magazine was busy putting the finishing touches on our Spring 2019 issue, which will hit doorsteps in early April. To tide our readers over until then, we wanted to share a preview.

This week’s photo comes from “The Surviving Victims,” a feature by Abigail Pesta ’91 about the February 2018 shooting at Marjory Stoneman Douglas High School in Parkland, Florida. Pictured are Todd Foote ’02MBA and his son Austin, a student at Stoneman Douglas who lost several friends in the attack.

Pesta last covered the issue of gun violence for this magazine in spring 2018 with “To Forgive a Killer.” That piece, an as-told-to profile of a pastor who lost her mother in the 2015 Charleston church shooting, has won a number of industry-wide awards, and we have no doubt that Pesta’s latest will prove just as affecting.