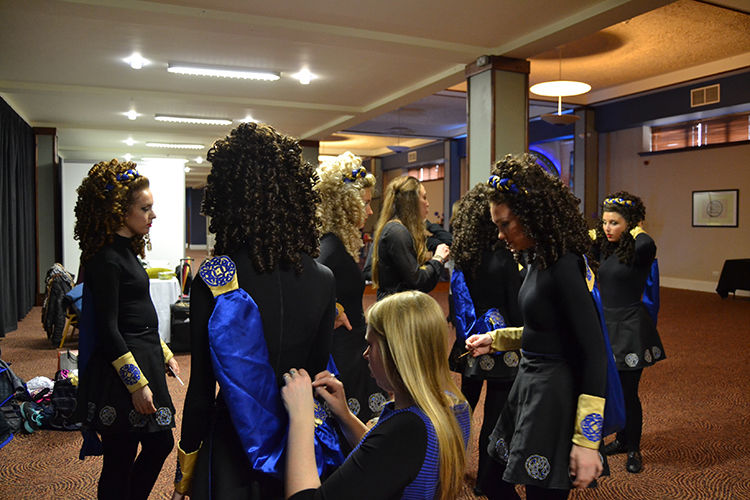 As St. Patrick’s Day approaches this year, a few Domers and Belles are savoring some particularly sweet memories of the Emerald Isle. Last month, the All Ireland Championships dance competition in Killarney, County Kerry, welcomed the Notre Dame and Saint Mary’s Irish Dance Team (pictured here in a behind-the-scenes shot at the event), and the ladies emerged victorious.

The team won the Ceili Clubs division of the festival — their seventh title at the contest since 2011 — with an eight-member squad performing “Trip to the Cottage.” Ceili rehearsals are held in addition to standard team practices, adding to the group’s busy schedule, which includes an intercollegiate domestic competition, various campus events and a showcase performance each school year.

This photo comes to us from Abbey Santanello ’15, ’16M.S., who, with her mother Brenda ’77, made a surprise trip to watch the team (including younger sister Katie ’18) compete.