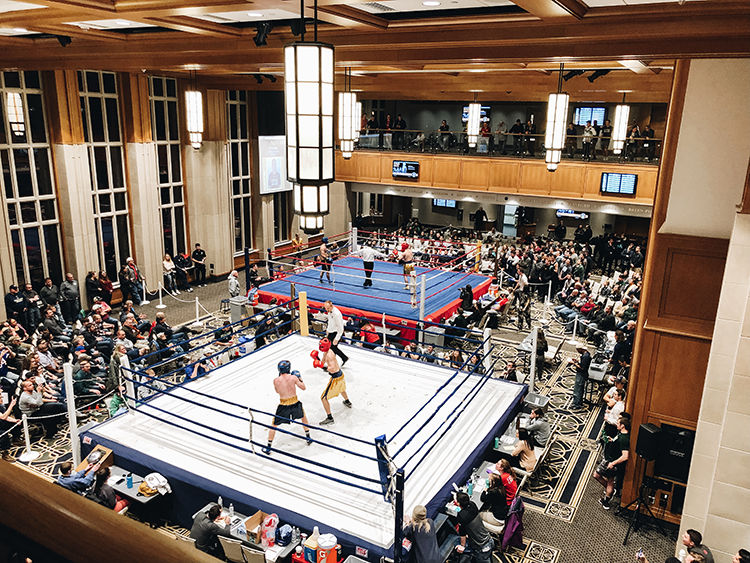 The phrase “Fighting Irish” had its annual turn for the literal this week, as the Duncan Student Center’s Dahnke Ballroom was transformed into Bengal Bouts HQ.

Sixty boxers faced off in the tournament’s February 19 quarterfinals, and Grace Morrison of the Notre Dame Alumni Association was there to capture it all. She snapped this shot as senior Joe “Pa” Purcell and junior Tom “The Tank Engine” Walsh sparred in one ring and sophomores Ryan “Short Stack” Smith and G.P. Pernicone squared off in the other.

As they have since the tournament’s founding in 1931 by Dominic “Nappy” Napolitano ’32, ’33M.A., proceeds from Bengal Bouts this year will support the missions of the Congregation of Holy Cross in Bangladesh. Semifinals are scheduled for February 25 in the Dahnke Ballroom and finals for March 1 in the Purcell Pavilion.