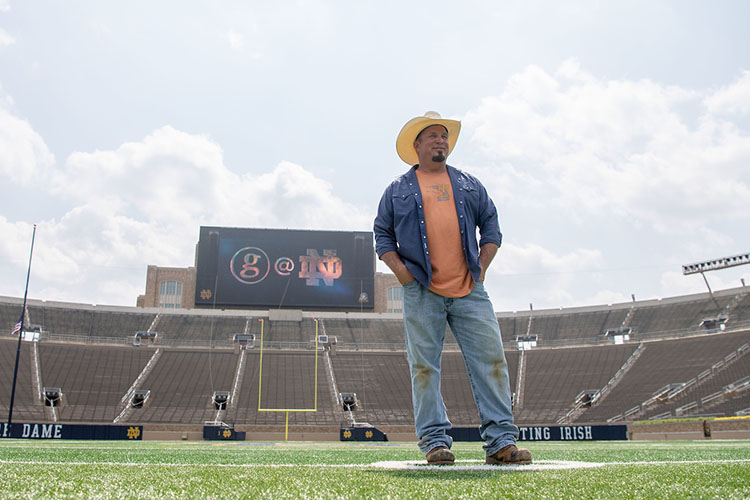 “Garth Brooks is coming to Notre Dame!” You probably heard that exclamation a few times — whether tinged with delight or shock — back when the University announced in July that the country star would be playing the first-ever concert in Notre Dame Stadium. This week, that historic event found a date: October 20.

The Big G came to campus this week to reveal the performance date and promote the show, which falls on a football bye weekend at the end of students’ fall break. University photographer Matt Cashore ’94 was on hand to capture the event, and in photos like this one, you may notice that the singer seems a bit dressed down, even for a country boy. It turns out that Garth’s visit wasn’t merely promotional. Before the announcement, he stopped by the Jimmy & Rosalynn Carter Work Project put on this week by the local branch of Habitat for Humanity. He wasn’t the only big name who passed through South Bend to help out — David Letterman made an appearance, as did the initiative’s namesakes, the former president and first lady.

Want to catch Garth in action on his next visit to campus? Concert tickets go on sale September 14.