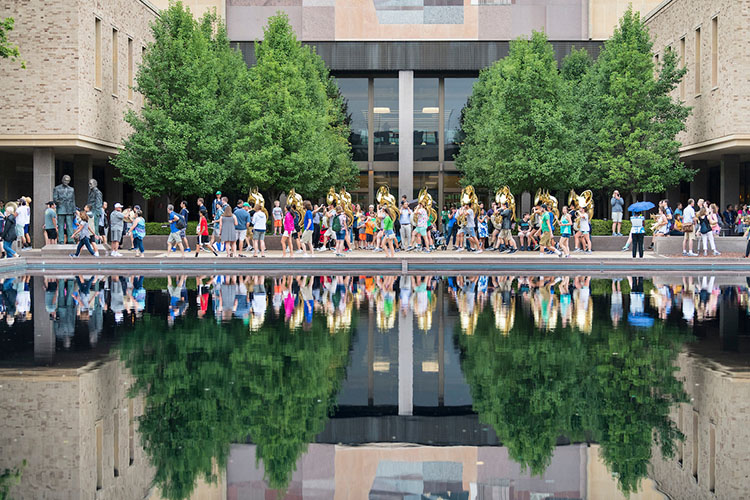 As the first day of class looms, various groups have made their way back to campus in the past few days — but none has done so with more fanfare than the marching band. Band camp kicks off just before Welcome Weekend each August, which makes the dulcet tones of band practice one of the most recognizable signs that a new school year is about to begin.

The ensemble — which marks its 173rd season in 2018-2019 — made its public debut for the year on Thursday, August 16, with its annual "first March Out" across campus. University photographer Barbara Johnston captured the procession for us as the musicians made their way past Hesburgh Library.

Want to catch them in action? The band will retread its March Out route on home football Saturdays all season long.