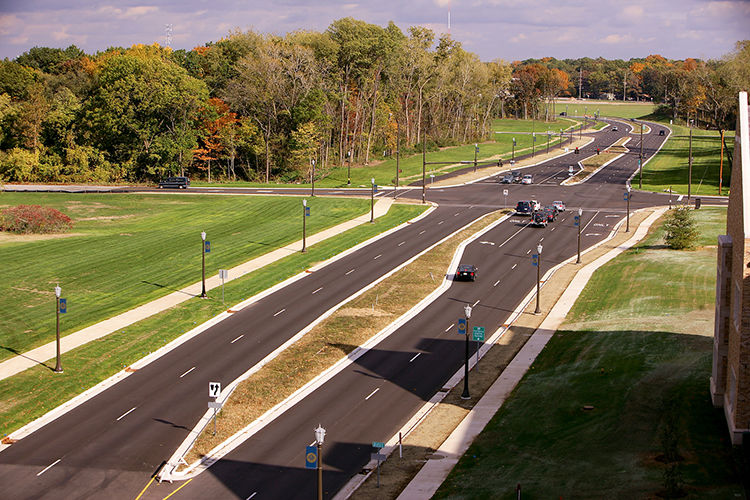 A few days ago, University photographer Matt Cashore ’94 turned heads on Twitter with this seemingly nondescript photo. The shot, he explained, dated from 2005, when the campus-adjacent thoroughfare pictured had just been renovated. Cashore commented that there had been “lots ’o change” in the 14 years since, and boy was he right — nearly 600 people so far have liked, retweeted, or responded to the tweet, expressing their shock over just how different this spot looks now.

Without consulting Cashore’s Twitter, can you figure out what leafy stretch of road appears in this shot?

We'll reveal the answer in next week’s Photo of the Week, but until then, here are a couple hints: First, the road’s remodel came at the same time as the construction of a new entrance to Notre Dame’s campus (which is what found Matt in the bucket truck from which this picture was taken all those years ago), and second, the left-of-center plot where those trees once stood is still “green” — but in a slightly different way than it was then.