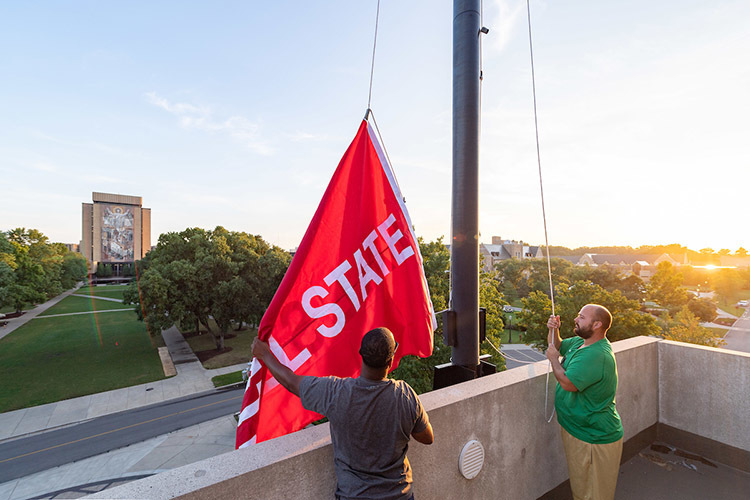 Nothing beats football season in South Bend, Indiana. The Fighting Irish started off strong last weekend, marking a 24-17 victory (and a visit from ESPN’s College GameDay) with the season-opening match-up against the Michigan Wolverines.

As one football weekend wound down earlier this week, the athletes weren’t the only ones preparing for future gridiron battles. University photographer Matt Cashore ’94 captured this shot on Tuesday as athletics fields crew members Cam Woodson (left) and Chip Miltenberger raised a pennant on the north end of Notre Dame Stadium to indicate the team’s next unlucky opponent.

For the first time ever, the Ball State Cardinals will travel the 145 miles north to South Bend this Saturday, September 8, to face the Fighting Irish. Although Ball State won its season opener last week, a Thursday-evening game against Central Connecticut State University, they’re likely in for a challenge on Saturday: the Irish are now ranked No. 8 in the Associated Press ratings.