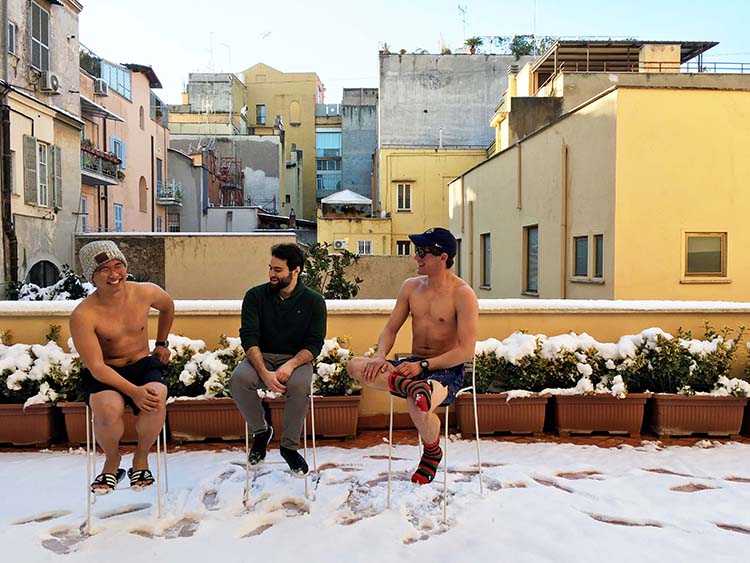 Notre Dame students surrounded by snow—not exactly revolutionary. In South Bend, where snow falls liberally, students stomping through piles of white on their way to class or engaging in a playful snowball fight on the quad is all too common. But these Domers aren’t in South Bend; they’re in Rome, where snow is much, much rarer.

On Monday, February 26, Notre Dame's Rome study-abroad cohort was greeted by an Italian snowscape. Pictured here, three of the program's International Scholars show off their Indiana-forged cold-weather tolerance at Via Ostilia, home of Notre Dame’s Rome Global Gateway. They were among the many ND students in Europe who were impacted by the so-called “Beast from the East,” which brought snowfall to our global gateways in Dublin and London as well as in Rome.

The last time it truly snowed in Rome was six years ago, and before that the city went nearly three decades without experiencing the winter phenomenon. Usually home to mild winters, there’s no telling when the Eternal City will find itself coated in white again. Students at the Rome Global Gateway are sure to see snow again once they return to South Bend, but la neve Italian-style might just be once in a lifetime.